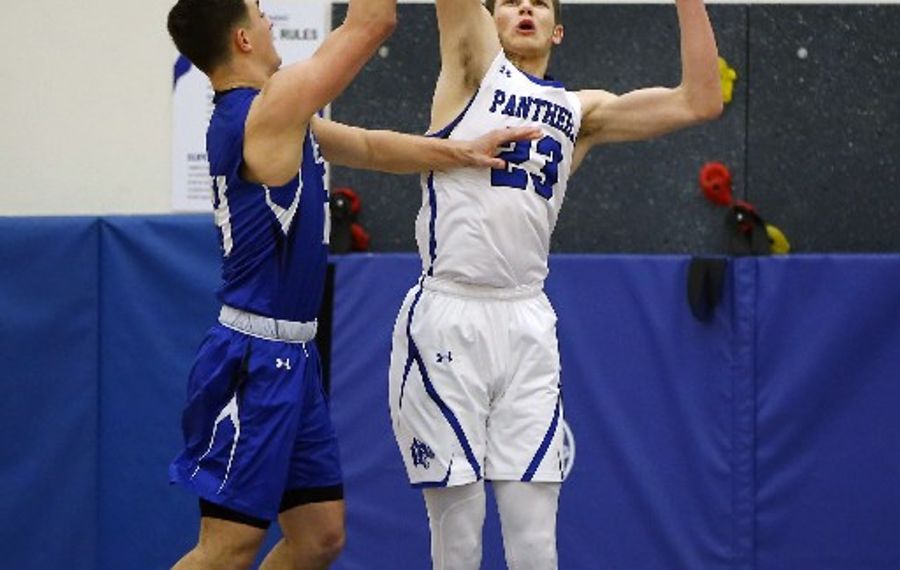 “We try to get him the ball any way we can,” said Panama coach Ed Nelson.

It was his team’s first loss of the season; they dropped to 9-1 overall while Westfield stayed undefeated at 9-0 and is in first place in the CCAA West II division.

Sweeney became just the sixth player in Grand Island girls basketball history to break 1,000 points with the Vikings. She broke the mark on a 3-pointer in the third quarter.

“Honestly, I had no idea how close I was, so at one point it felt like it was every other shot,” Sweeney said afterwards.

The last player to break the mark was Cassie Oursler in 2013. She went on to star at UB and now plays overseas in the Spanish Basketball Federation.

Sweeney, who has committed to Cedarville University, added 10 steals and six assists for the Vikings.

Grace Carey had a double-double of her own with 10 points and 10 rebounds.

Grand Island moved to 7-2 overall and 4-1 in the Niagara Frontier league, keeping the Vikings in contention for the division crown with Lew-Port and Lockport.

“The win was definitely more exciting for me, that’s what’s going to help us in the long run,” Sweeney said.

Markell Henley hit a 3-pointer as time expired to cap off a wild back-and-forth fourth quarter and lift Cheektowaga over Iroquois, 48-47, in ECIC III boys basketball.

The two teams entered the final stanza tied at 29 each. Cheektowaga went up by six points with three minutes to spare, but Iroquois wasn’t finished.

The Chiefs began to press the Warriors and tied the game once more, going up by two points with eight seconds left.

Iroquois inbounded the ball and looked to nail the coffin shut, but KeShone Brown made a block to get Cheektowaga the ball.

An outlet pass made its way to Henley on the wing, who sank the 3-pointer as time expired.

“We stayed in striking distance and stole it at the end,” said Cheektowaga coach Patrick Cullinan to sum the game up.

East Aurora went on a 15-2 run in the fourth quarter to erase an 11-point defecit and defeat ECIC III rival Lake Shore, 43-41, in girls basketball.

Katie Oar had 14 points to lead the Blue Devils. Anna Brinker only had three, but coach Gary Schutrum said she was the difference-maker in the game.

Her 3-pointer “fired up” the East Aurora bench, and the team began to have success against the Eagles.

The Devils switched to a man defense that helped to limit Lake Shore star Sophie Snyder, who still finished with 32 points.

“She was special as we know she can be. We had a tough time stopping her,” Schutrum said.

Kate Rachwal was put on Snyder in the fourth quarter, which helped to limit the Eagles’ star.