Two hours ago, I was sitting inside Hi-Fi Hits Record Store in Buffalo, wrapping up an interview with the concert promoter and endlessly amiable raconteur Eddie Tice, regarding the dearly departed Buffalo Memorial Auditorium, where so many of the greatest artists in music history performed and changed lives in the process.

“What was the first concert you ever saw at The Aud?” Tice asked me.

Five minutes later, as we were winding down our interview, my phone started blowing up. I glanced at it and noticed my son had called from his home in Los Angeles. Tice must’ve noticed my face turning white and asked what was wrong.

Tice looked like I felt. We said goodbye. I walked out to my car and sat there in the parking lot. And then I felt a punch – not to the gut, but to the very center of my belief system. And I cried. Hard. For a long time.

Peart was the drummer and lyricist for the Canadian progressive trio Rush for 40 years. He’s widely considered one of the most ambitious and technically gifted drummers and lyricists in rock history. But for me, he was much more than that.

Peart was my teacher and my mentor.

I never met the man, and interviewed him only once, over the phone. But he has been a major presence in my life for 40 years. 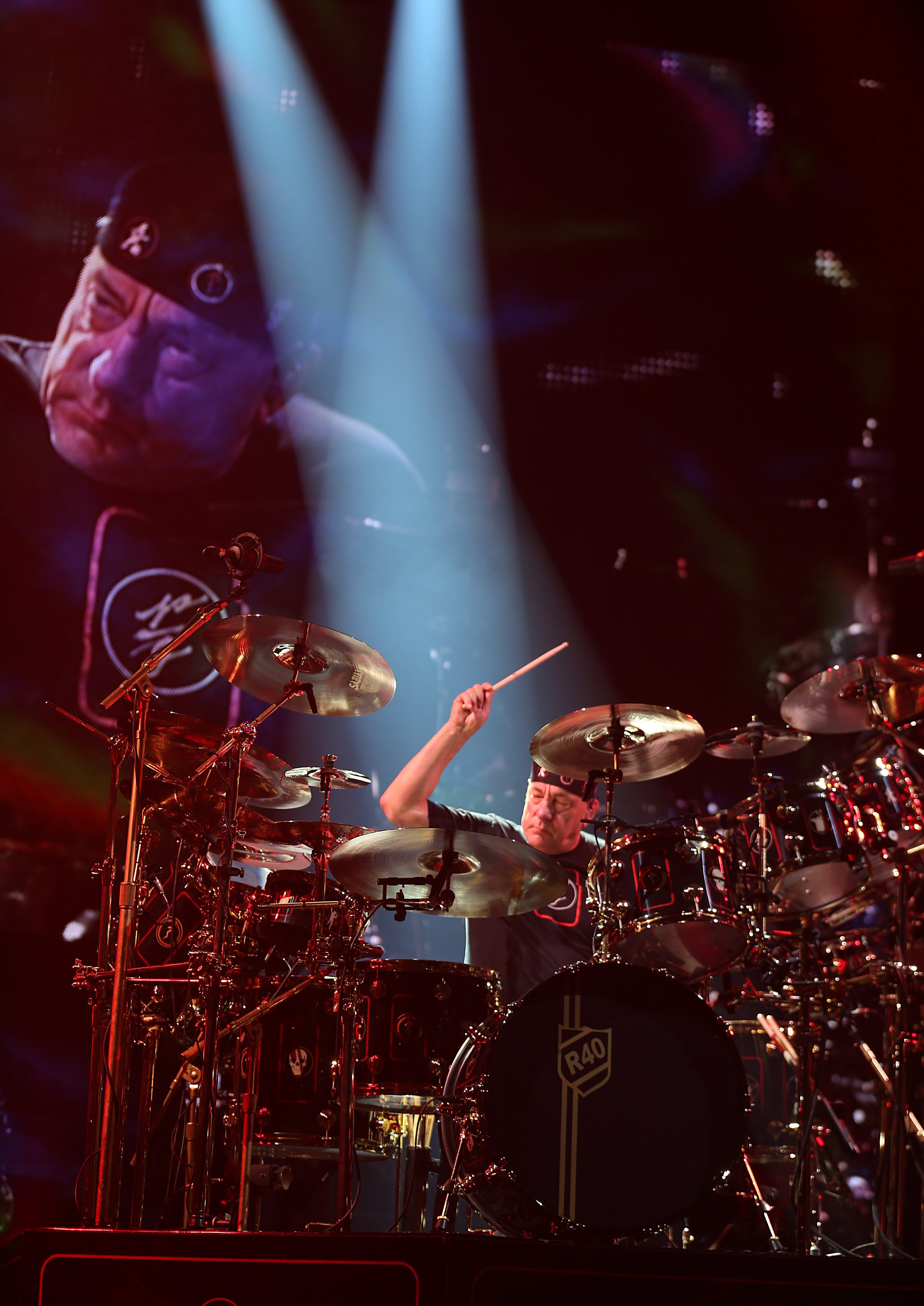 I first heard Peart playing with Rush when I was 11. The album was called “2112.” Its first side was given over to a 20-minute piece of music that gave the album its title and told the story of an imagined dystopia where music had been outlawed and authoritarianism had pushed personal artistic creation deep underground. The music was incredibly dynamic, dramatic, virtuosic, passionate. I was transported. Game over.

Two years later, I saw the band performing on their “Permanent Waves” tour. My first-ever concert. It was a window into a world I badly wanted to be a part of.

I saw Rush on every single one if its concert tours over the next 40 years, including its 2015 Buffalo stop on what would prove to be its final tour. They elevated my spirit every damn time. I awaited each album release as a message in a bottle from a better, more interesting and alive world.

Peart was an intellectual. In the magazine interviews I endlessly chased down, he would consistently drop the names of books and authors, and I’d immediately check them out of the library and read them. From Jon Dos Passos to David James Duncan, Peart pointed me in the right direction, and I followed.

I had trouble fitting in during junior high and high school, partly because I equated fitting in with selling out. Peart’s lyrics were my friend, my shield, my armor, my inspiration, my thin ray of light shining through the dense foliage of enforced conformity. I felt like he had my back. When I heard Rush – which was basically any time I was awake – I felt empowered. When I began to learn to play guitar, I’d spend hours and hours trying to work out what was happening in this thrilling music. I wanted to be a member of the tribe. And it wasn’t just any old tribe. There was something profound about all of this. It felt noble. The start of a life worth living.

As I got deeper and deeper into music and writing, I kept Neil in my head, as the mental mentor I sought to please, whose approval I would interpret as success. I had a rich fantasy life, and in it, I routinely asked myself if what I was doing, what I was writing, what I was playing, would be worthy of that approval. All of this made me better. 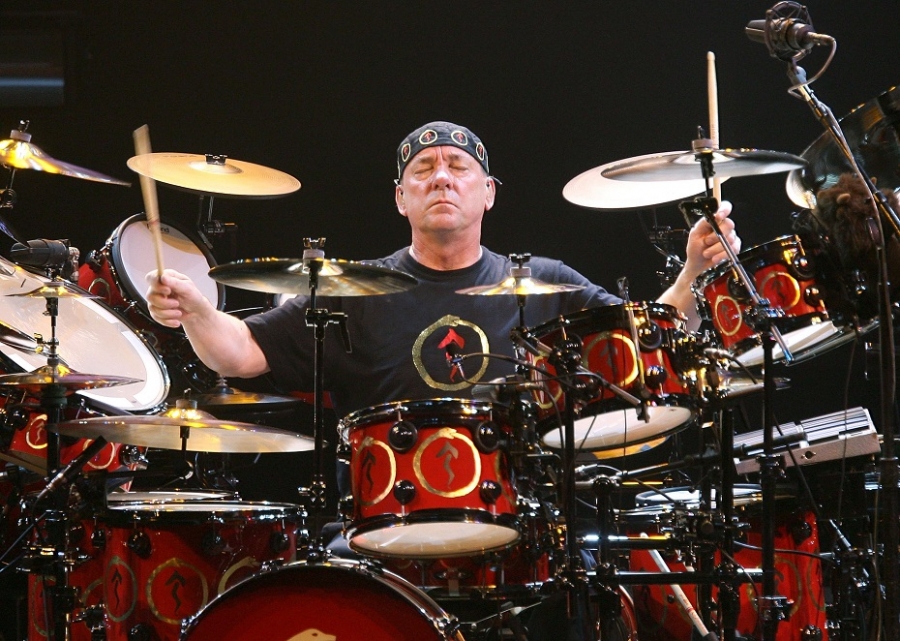 I interviewed Neil only once, in 1996. I was a nervous wreck and had over-prepared myself to the point of near mania. But Neil put me at ease immediately. He was gracious, kind, warm, funny, his responses redolent of his rhythmic brilliance. He gave me much more time than had been agreed upon beforehand. And once again, he inspired me immensely.

“I think of my own drumming, where there’s a long agenda of practicing and improving and all that,” Neil told me when I pressed him on his concerns, as expressed in his lyrics, with the notion of the fleeting nature of time, of impermanence and flux and the need to recreate oneself in the existential moment, daily.

“But at the same time, I like to keep it spontaneous. I love nothing more than to just go down in the basement and just play. To just let things happen as they will. In terms of the recording studio, too. I’m always careful to keep a window of spontaneity in there, so that I haven’t rehearsed every aspect of my performance. So it’s always fresh, and a little bit dangerous, too. I think it’s really important to not know exactly what’s going to happen. …

“In this way, drumming is just like life. If you look at it as metaphor for how you approach your life, your relationships, your commerce with the universe. Life is full of these moments. It’s an accumulation of moments, really. And one must deal with the spontaneity of life. As I said in the song ‘Time & Motion,’ we ‘spin a thread of precious contact’ with others on our journey, and these relationships add to the state of flux. It’s the journey that counts. And the journey never ends.”

Six months after our interview, Neil’s 19-year-old daughter Selena died in a car accident on the QEW outside of Toronto, as she was returning to college from the family home. Within less than a year, his grief-stricken wife, Jackie, succumbed to cancer.

And he wrote. Eventually, those writings would be published as the book “Ghost Rider,” a heart-rendingly honest and poignant rumination on unimaginable loss and the indomitability of the human spirit.

Eventually, he returned to Rush. The band spent the next 20 years making some of the most inspired and fully actualized music of their all-but-peerless career.

I’m finding it hard to chase away these ruminations on the cold, harsh nature of the universe, the lack of justice, the cruelty of it all underscored by the fact that people who spend their lives spreading joy and giving inspiration to so many are taken from us while so many who do nothing but spread darkness and hatred endure. This is a fugue state, a mental hall of mirrors I have no desire to navigate. It scares me.

And suddenly, Neil’s words arrive in my mental jukebox, as they’ve done whenever I’ve most needed them for the past 40 years.

By any measure, Neil, you lived a life worthy of that love and respect.

Exit the Warrior. He gave far more than he took. 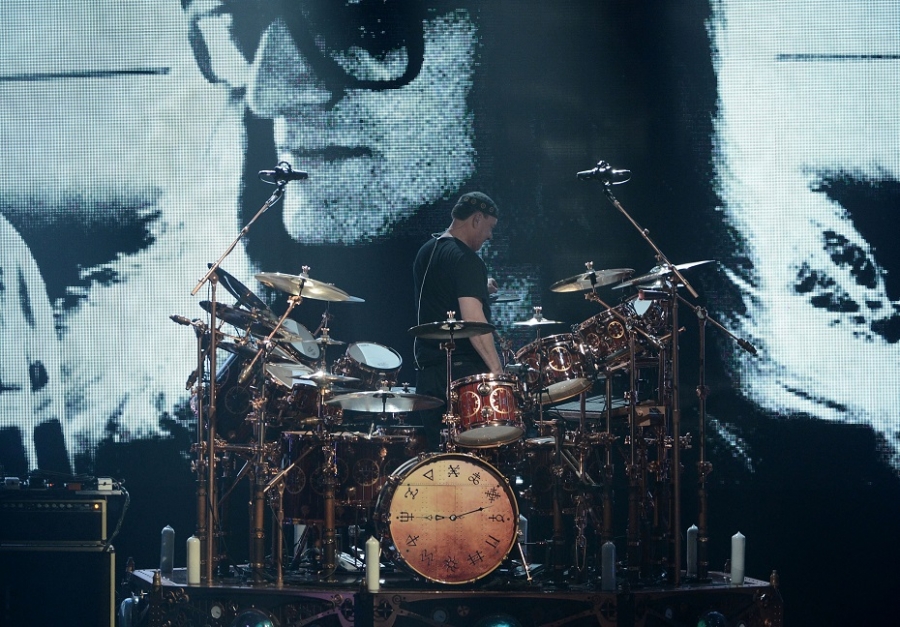