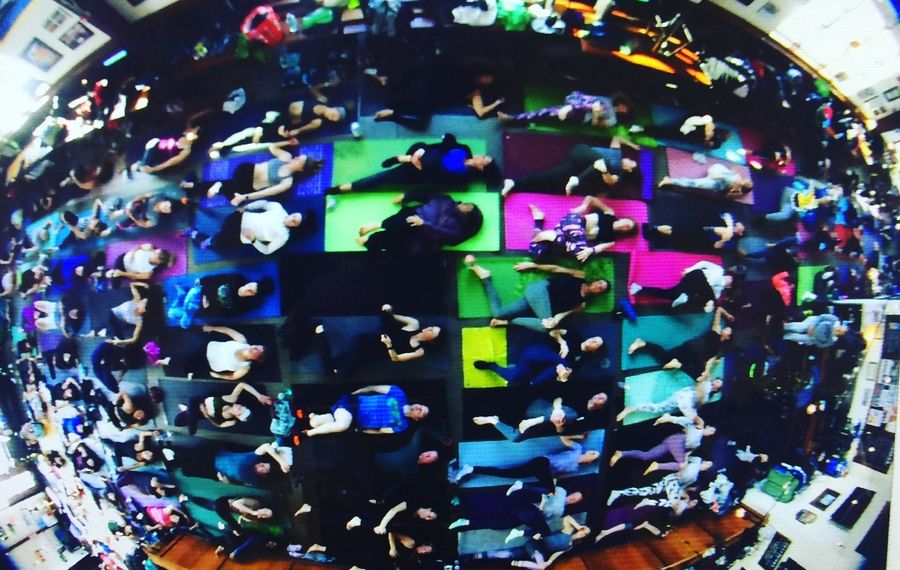 Beer and fitness seem a natural fit for Tim Herzog.

He was an avid bike rider and runner before he could legally drink alcohol, and trained years ago with Checkers Running Club, when members gathered afterward at a Hertel Avenue bar that gave the club its name.

It helps explain why Flying Bison – the craft brewery Herzog co-founded in 2000 and still manages – became a pioneer when it came to adding fitness to its offerings.

The brewery several years ago became an annual venue for Slow Roll Buffalo bicycle rides. It launched Run 716, a 15K, four years ago. It added occasional yoga and high intensity interval training (HIIT) classes in its taproom during the last year.

Flying Bison is going all in during 2020, its “Year of Promoting Active Lifestyles Through Beer.”

In coming weeks, Flying Bison will launch monthly gatherings for an Urban Run Series, Yoga at the Brewery, and Brewery Burn. All will start at 11 a.m. on a different Saturday morning, be free, and include one complimentary beverage afterward. Impromptu bike rides, which Herzog will post on social media when the spirit moves him, also are part of the plan. 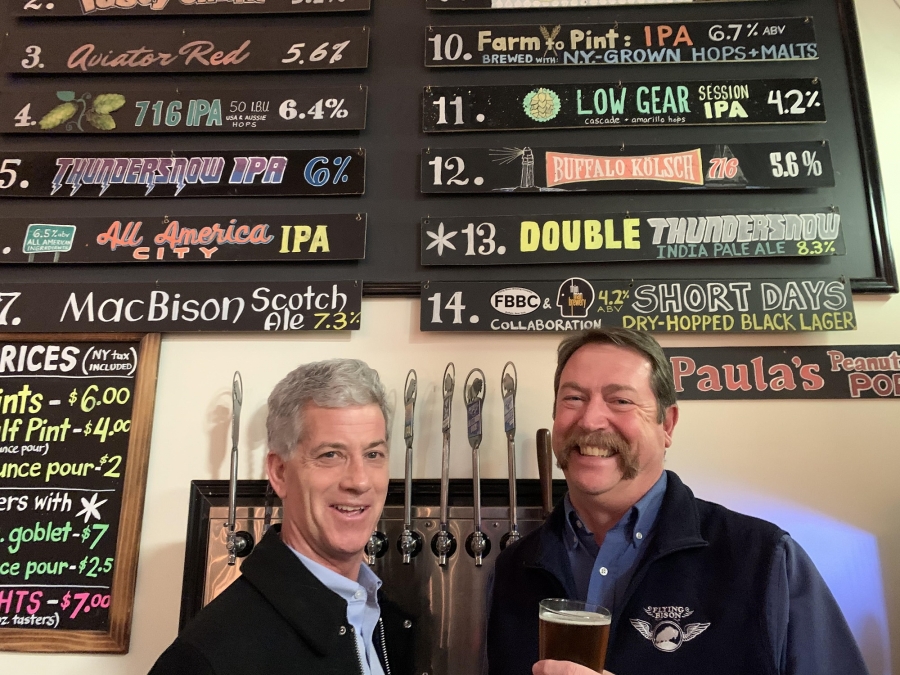 “The idea is to make it fun,” he said. “You can come and meet up with your friends and go for a run or take a class, then have a beer or a soda or a glass of water, whatever you want. It's the camaraderie part and that's our thought on the healthy lifestyle. If it's not fun, how many florets of raw cauliflower can you eat? But if you grind them into pizza crust and put on some pesto, all right, I can deal with that.”

The Saturday get-togethers are the cornerstone of the expanded offerings. Leading the effort are Herzog and avid marathon runner Dennis Brinkworth, 58, regional marketing manager with F.X. Matt Brewing Co., which owns Flying Bison and produces Saranac and other brands at its headquarters in Utica.

The running series starts Saturday at the brewery, 840 Seneca St. in Larkinville, and continues Feb. 29, March 14, April 18, May 9 and June 6. The “social runs” will include one 2-mile course and another up to 6 miles; Brinkworth will lead one and Mary Schultz, an accomplished runner who works part-time at the brewery, will lead the other. Routes will change, at least slightly.

“We want people to explore Buffalo and the resurgence, so a lot of the running courses that we’ll do are a springboard,” Brinkworth said. “We'll take you to the First Ward, onto Ohio Street, past different breweries that are developing.”

Revolution Indoor Cycling will lead the first HIIT class Feb. 8; Orangetheory Fitness will lead its first such class on a date yet to be determined in March.

Check flyingbisonbrewing.com for class dates in months to come.

The brewery also this year again plans to welcome a Wednesday evening running club, is working with Lululemon on the sports clothing apparel company’s inaugural Buffalo 5K run, and is looking at other group fitness prospects, Brinkworth said.

He believes Flying Bison is closing in on a good business recipe for a city that likes its rewards along with its fitness.

“We do a collaboration with Paula’s Donuts (Peanut Stick Porter),” Brinkworth said, “and the biggest turnout we had was when we did yoga and running, and at the end you got a Paula’s doughnut and a beer.”