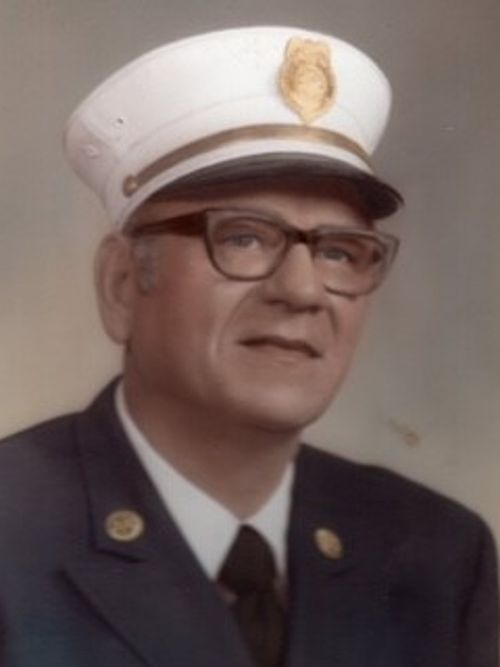 Arthur C. Herdzik of Elma had a strong sense of public duty which spurred him to enlist in the Navy at 17 and – after his service during World War II – to join the Buffalo Fire Department, from which he retired as deputy commissioner in 1986.

Born in Buffalo, he was one of 11 children born to a Polish emigre who worked as a millwright at Bethlehem Steel. Mr. Herdzik came of age during the Great Depression of the 1930s.

During that time, he studied electrical engineering at Seneca Vocational High School.

In 1942, Mr. Herdzik enlisted in the Navy and served in the Pacific Theater on war patrols as a torpedoman's mate, aboard the USS Bergall and USS Bashaw submarines during World War II. He survived several enemy depth charge attacks during his military service.

In a Nov. 10, 2010, story published in The Buffalo News, Mr. Herdzik shared an example of the dangers he faced.

In November 1943, while readying the USS Corvina, a submarine, for patrol in the Pacific Theater, Mr. Herdzik suffered serious burns when his best friend, Daniel Murphy, accidentally spilled hot tar on him.

Mr. Herdzik was told he could not go out on patrol that day. Murphy asked him to buy him Christmas cards so that he could write holiday greetings to his family while out on patrol.

Just before the submarine set out, Mr. Herdzik tossed the box of cards to Murphy, who was standing on the sub's deck.

"I'll pay you next time I see you," Murphy called back.

The Corvina and its crew of 83 never returned. The Japanese sank the vessel.

Mr. Herdzik was awarded several campaign medals, including the U.S. Navy Submarine Combat Pin with two silver stars and a gold star, as well as the Asiatic Pacific Campaign Medal with two stars.

He joined Buffalo Fire as a firefighter in 1948 and went on to receive many commendations for his professionalism and bravery.

In 1967, Mr. Herdzik was awarded the Edward H. Butler Award for Bravery Gold Medal, named for the former publisher of The Buffalo Evening News.

"He was a very brave man," said Mr. Herdzik's son, Arthur A. Herdzik.

The younger Herdzik said his father possessed an abundance of self-discipline and self-motivation.

"My mom helped him study back in the day when they were preparing for this exam, going over math, particularly, and he did well on the exam and it was a way that, as he did in the Navy, he could continue to serve his community," Arthur A. Herdzik said.

"It was great for the city of Buffalo, because he was very brave. We often were worried back in the day when we were children that he would spend overnight at the firehouse and he would come back smelling of smoke the next day and it was a sacrifice that he made and that he made willingly just to help other people," the younger Herdzik added.

Over his years of service to the fire department, Mr. Herdzik was promoted through the ranks to lieutenant, captain, battalion chief, division chief and ultimately he was appointed by Mayor James D. Griffin to the position of deputy commissioner of the department in 1979.

After his retirement, Mr. Herdzik moved from Buffalo to Elma.

Mr. Herdzik was a founder and first president of the Buffalo Fire Department Historical Society.

He served as a member of the board of directors of the Neighborhood Information Center on Broadway and as president of the St. Lawrence Catholic Church Holy Name Society.

He was predeceased by his wife of 54 years, the former Lottie Kowalczyk, who died in 2001.

He is survived by two sons, Arthur A. and Alan, seven grandchildren and nine great-grandchildren.

A Mass of Christian Burial will be offered at 9 a.m. Monday in St. Gabriel's Catholic Church, 5271 Clinton St., Elma.