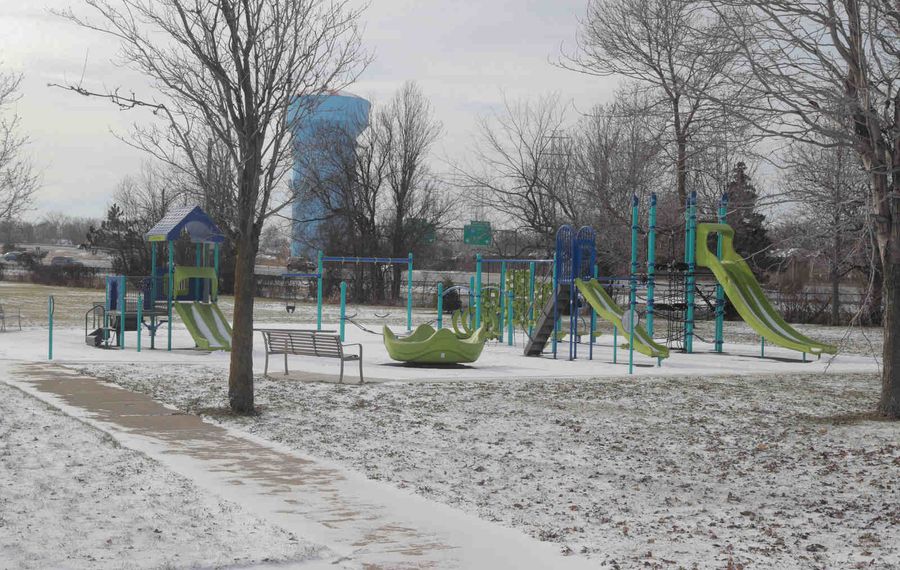 The Town of Amherst wants to construct an artificial turf field at West Royal Park that would serve Daemen College athletes, youth soccer and football players and other users.

The field is one of a number of improvements the town is weighing for the park just to the south of Main Street and the Interstate 90-290 interchange.

Amherst and Daemen officials have discussed the project, which would see the town pay for the construction of the field and other amenities and see the college pay to use the field.

The work would "renew and reinvigorate" West Royal Park, Amherst Supervisor Brian J. Kulpa said in his State of the Town address Friday.

Daemen's soccer teams now play at the Park School's field on Harlem Road. Incorporating a turf field at West Royal Park would give the college the option to add to its sports lineup, said Athletic Director Traci Murphy.

"That's the beauty of this partnership," she said in an interview.

The neighborhood park located near the town's landmark "Big Blue" water tower has ball fields, tennis courts and a walking trail, much of which could use an update.

The latest discussions have focused on a multi-use field for various levels of soccer, youth football and lacrosse, Kulpa said.

Amherst Soccer and Williamsville Junior Football, which now plays at the town's Northtown Center sports complex, are among the possible tenants.

The town would build the field, including stands, a press box and a sound system.

The town would replace the existing concession stand and tennis courts, along with putting in a new walking trail, he said.

A splash pad and picnic pavilions also are possibilities, though only if the neighborhood welcomes those additions, Kulpa said. The town is seeking feedback from neighbors on what they want – and don't want – to see there.

"We have some work to do yet," he said in an interview.

Daemen would enter into a rental agreement with the town, Kulpa said. Daemen helped offset the cost of recent renovations to the grass field at Park School and, in exchange, gets free use of that field for its men's and women's soccer teams.

Even if the college moves into West Royal Park, Daemen would continue to use the Park School field, said Murphy, the athletic director.

This gives the college the chance to expand its athletic offerings. Daemen, for example, doesn't offer lacrosse or field hockey but believes there is a demand among students for those sports, Murphy said.

Having access to a new turf field also would provide more chances for recreational athletes to play, she said.

"As a department that is reliant on off-campus facilities for numerous sports, we constantly evaluate the venues we use and the experience we provide our student-athletes," Murphy said in an email.

The college would run a shuttle between its Snyder campus and West Royal Park, which is less than 2 miles away.

Kulpa said the improvements could cost around $600,000, depending on final designs for the proposed project. Work at the park could begin this fall and finish in 2021.

"That would be the goal," Kulpa said.