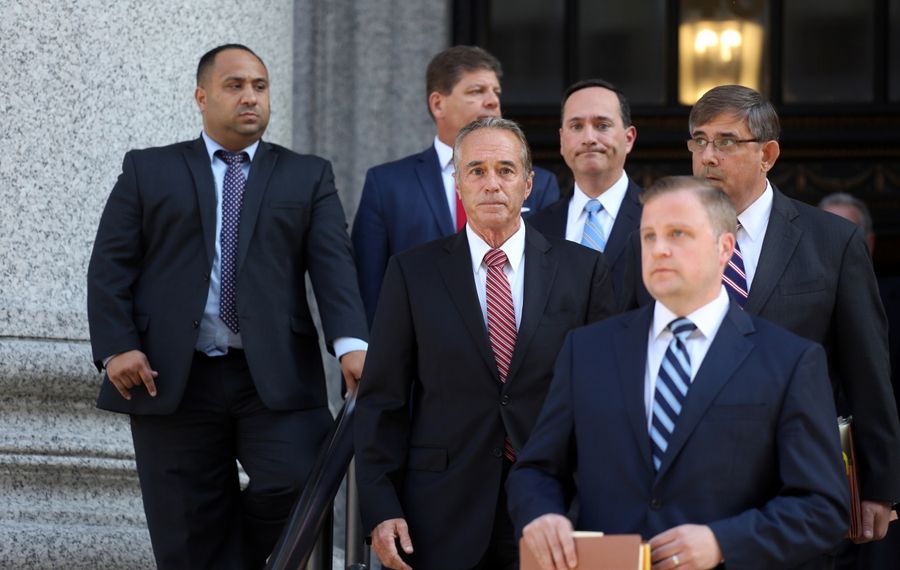 Former Rep. Chris Collins pleaded guilty to insider trading charges last Oct. 1, but that by no means ended the case against him.

Instead, it merely set up an intense month of January in the Collins case. It all began earlier this week when the U.S. Probation Office recommended that the four-term Republican lawmaker from Clarence serve a prison term of a year and a day – far shorter than the 46 to 57 months recommended under sentencing guidelines.

Collins' lawyers detailed that recommendation Tuesday in a sentencing memo to U.S. District Court Judge Vernon S. Broderick, which included more than 100 letters from Collins' friends and associates, pleading for leniency. Then, in a collection of letters Broderick filed Wednesday, 66 of Collins' constituents urged just the opposite.

But there's more to come. Here's what to expect next in the Collins case:

• At some undetermined time in the next few days, lawyers for Collins' son Cameron and Cameron's future father-in-law, Stephen Zarsky, are expected to file sentencing memos pleading for leniency for their clients. Those court filings are likely to come with letters attesting to Cameron Collins' and Zarsky's character, just as Chris Collins' sentencing memo did.

• On Monday, prosecutors in the case will file their sentencing memo, where they are likely to note that Chris Collins agreed not to appeal a sentence of between 46 to 57 months.

• Sometime later next week, the judge may file an additional document including late-arriving letters from constituents commenting on the Collins case.

• At 2:30 p.m. Jan. 17 in Manhattan, Broderick will sentence Collins on the charges to which he pleaded guilty: conspiracy to commit securities fraud and lying to a federal agent.

• At 2:30 p.m. Jan. 23, Broderick will sentence Cameron Collins on the charge he pleaded guilty to: conspiracy to commit securities fraud.

• At 2:30 p.m. Jan. 24, Broderick will sentence Zarsky on the charge of conspiracy to commit securities fraud.