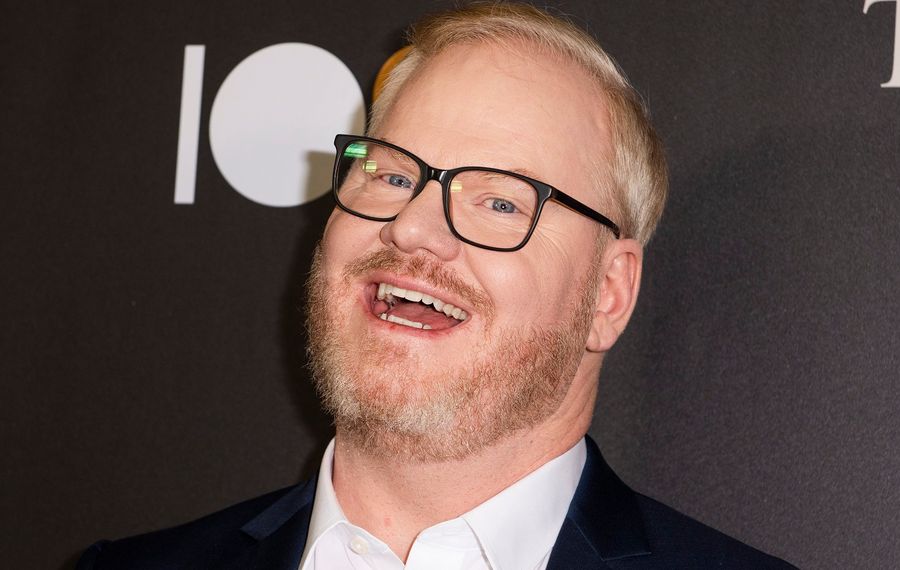 All three are on tap for Buffalo this weekend, with self-deprecating Jim Gaffigan amusing the KeyBank Center audience on Sunday. See what else is ahead.

Thanks to the celebrated comedian's hologram recording at the National Comedy Center in 2018, News enterprise reporter Tim O'Shei was able to get to know the many quirks of Gaffigan, from his self-deprecatory approach to comedy and his feelings on whales.

Buffalo on Tap – what we in the office dub "the big beer festival" – takes over the second floor of the convention center with brewers from all over the globe pouring samples of more than 100 beers. Don't worry, there's a substantial Buffalo presence, too, in case you just need to sip a Hayburner in a different environment.

Read more about the event in our preview of January's top food-and-drink happenings.

January marks one of the busiest Polish Happy Hour events of the year; the local community organization hosts its 98th event, in 33 Speakeasy – where there's plenty of elbow room for activities.

Free admission, free Polish food and DJ Janek are the draws, while there's a nice array of Polish beverages for purchase.

The local roller derby organization, Queen City Roller Girls, returns its house team competition for 2020 with a rematch of last year's title bout between the Alley Kats and the Saucies. The latter won in a nail-biter, 158-144, to mark its third win over the same foe.

The Alley Kats will be hungry for revenge in a new campaign. The Devil Dollies are the third house team for QCRG, while the Lake Effect Furies represent Buffalo in the WFTDA travel league.

Who will follow in the shoes of the 2019 Miss Buffalo, Taisha St. Jean? The new representative will be crowned Saturday after four stages – talent, interview, red carpet and on-stage question – as well as an elaboration on their supported charities.

The winner of Miss Buffalo will also be eligible for the Miss New York competition, which typically runs in the early summer.

Elvis Presley would have turned 85 years old on Jan. 8, and even 42 years after his death, the King of Rock N Roll is still the king.

Terry Buchwald, an Elvis impersonator for more than two decades, was selected to the Buffalo Music Hall of Fame in 2017 and will spearhead this Polish Cadets party. There will be birthday cake and a complimentary coffee bar.

This annual art celebration pairs local artists with live sets by a slew of recognizable musicians. See the full schedule of performers, with Tough Old Bird, Carmen & Lizzy and heave in tow.

Stitch Buffalo, Locust Street Art and Peach Mag are other participating organizations. Don't miss BPAC's debut of Poetic Cafe, which is less about food than you might think.

A major art trend has been site-specific installations, where artists begin with a compelling location – Silo City has been popular, vacant high schools and warehouses, too – and then present an exhibition or performance that complements the setting.

The Resource:Art duo of Emily Tucker and Elisabeth Samuels embraces the grandeur of Hotel Henry through working with other artists; painter/sculptor Duayne Hatchett's work leads visitors up the main stairs, while Kari Achatz's exhibition takes over the East Wing Corridor.

[Related: Read more about this exhibition in Arts Beat]

Escape from reality – exactly what you need in the first half of January. Abstract art excels at pulling the viewer away from the here-and-now, and that's the premise of Katie Bell's interpretation of objects, place and meaning. The gallery is interactive; you won't just stare at paintings, you'll amble about through a provocative setup.

The warm, inclusive community of Swing Buffalo celebrates a milestone with a visit from Rochester by Vintage Jazz Collective, which will deliver dance-friendly renditions of George Manning's works.

Grab bag of other choices

SMOOTHIE TIP: Tropical Smoothie Cafe, at 4900 Transit Road in Depew, will celebrate its half birthday with 99-cent smoothies from noon to 8 p.m. Saturday, plus a giveaway each hour for free smoothies for a year.

5 TO LOOK FORWARD TO NEXT WEEK