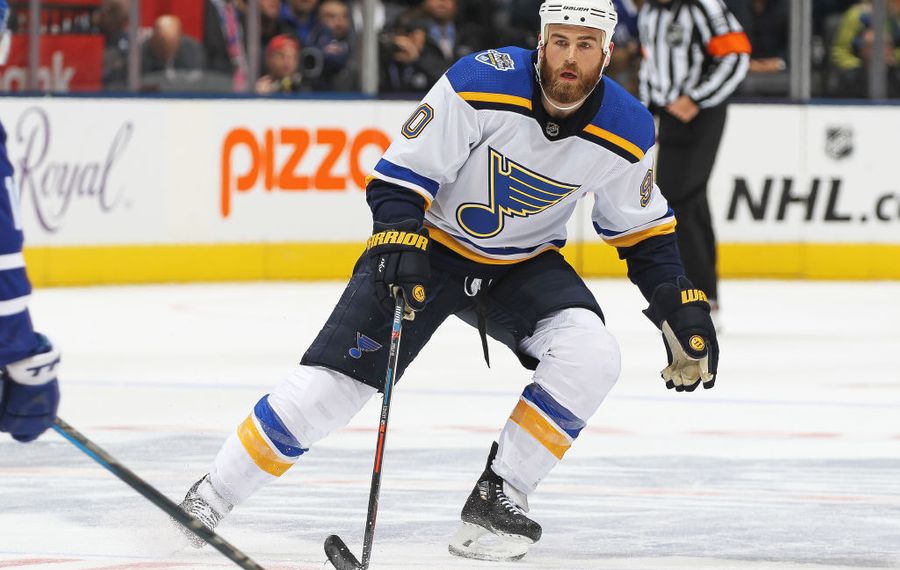 ST. LOUIS – The Buffalo Sabres' season has been an up-and-down carnival ride through multiple streaks and the search for consistency is ongoing. What's the optimal goal? They simply needed to look to the opposite bench Thursday night.

The defending Stanley Cup champion St. Louis Blues have had absolutely no championship hangover through a stellar first half. They entered the game leading the Western Conference by seven points and have already had two winning streaks of at least seven games for just the third time in franchise history.

The Blues have had just one three-game losing streak in regulation and that came Dec. 4-10, with the final game being their 5-2 loss to the Sabres in KeyBank Center.

St. Louis responded to that defeat by refocusing on its defensive game, running off an eight-game winning streak that saw it give up just 16 goals and was wrapped up by a sweep of a home-and-home set against Winnipeg.

The Blues came into Thursday's game just 1-2-1 in their previous four, including a 7-3 loss at Colorado and a 5-4 overtime defeat at Vegas that saw them blow a 3-0 lead after the first period.

The matchup with the Sabres was the second of a five-game homestand for the Blues. They opened it with a 3-2 win here Tuesday over San Jose.

"We’ve got a good homestand here so it’s important we keep winning and gaining and keep getting better," coach Craig Berube said before the game. "Our game slipped for three games after the home-and-home with Winnipeg. Went to Arizona, played just OK, Colorado, not very good, 30 minutes of good hockey in Vegas and 30 minutes of not such a good hockey and end up losing in overtime.

"I think we played pretty solid for 60 minutes against San Jose. So we’ve got to keep building off that."

Former Sabres center Ryan O'Reilly was not on that list as he came into the game with just eight goals but had a team-high 31 assists and was second on the club with 39 points.

The balanced attack also featured good contributions from fourth-liners Oskar Sundqvist (10-8-18), Ivan Barbashev (6-11-17) and MacKenzie MacEachern (6-2-8). It's been a necessity for a club that's going to go most of the season without leading goal scorer Vladimir Tarasenko, who went down with a serious shoulder injury on Oct. 24.

"With 25 5-on-5 goals from what's supposedly their fourth line, it shows they're as balanced and deep a team as we've played this season," said Sabres coach Ralph Krueger. "In an 82-game schedule it's a luxury for sure that you have that depth in scoring. Then you've got added goals from their defensemen too that are continually up on the rush. It's a team that can handle the pace really well."

Last season's game here between the Sabres and Blues was a microcosm for how the season changed for both teams.

When the Sabres took the ice here on Dec. 27, 2018, they were 15 points ahead of the Blues in the NHL's overall standing (47-32). The game, a 4-1 St. Louis victory, came a little more than a week before the Blues changed their season by calling up goaltender Jordan Binnington from the minor leagues.

Starting from the night they met, the teams had a 38-point turnaround as St. Louis finished with 99 en route to its eventual run to the Cup and the Sabres finished with just 76 and sent coach Phil Housley packing. St. Louis was 31-12-5 in that stretch and Buffalo was just 12-28-5.

The Sabres' man-games lost total moved to 202 Thursday as six players on the team's current cap sat out. The list includes Matt Hunwick, who hasn't played all season due to neck issues, and Jake McCabe, who sat out with an upper-body injury.

Vladimir Sobotka (28th game), Tage Thompson (24), Jeff Skinner (5) and Victor Olofsson (2) are all dealing with long-term injuries. Sobotka, who had knee surgery last month, is expected to miss the rest of the season.

Taking out Hunwick, who never played this season, the Sabres are at 159 man-games lost, which is sixth in the league. Pittsburgh is the leader Thursday at 174. St. Louis is at 110.