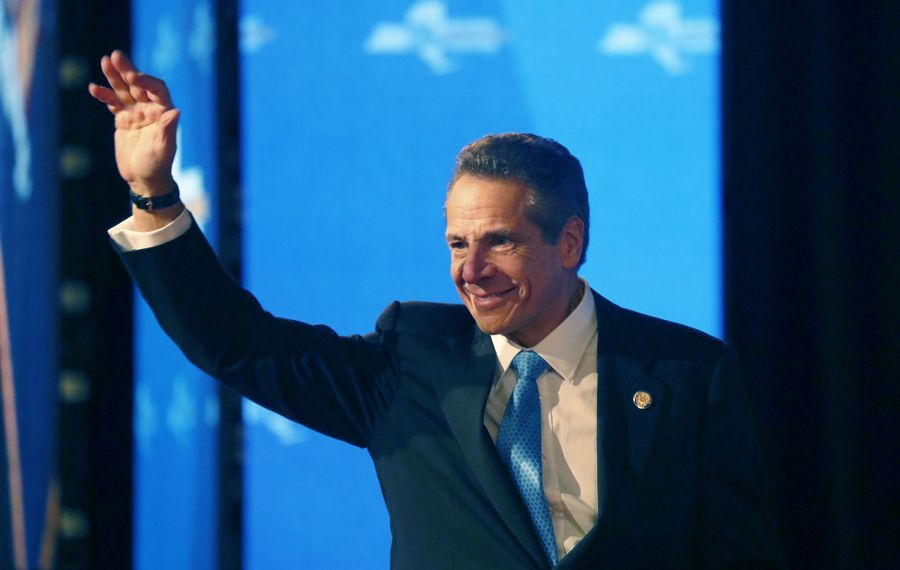 ALBANY – When state lawmakers and Gov. Andrew M. Cuomo finally enact a new budget as scheduled by April 1, revenues and expenditures will all even out.

They have to. The State Constitution requires it.

But how they get there – especially in a new era of all-Democratic rule in Albany – looms as the key question facing the denizens of this venerable Capitol building. With no Republican Senate overlooking their shoulders, Democrats ruling here must now reconcile their progressive agenda and the money it costs with the stark reality of a $6.1 billion deficit.

As Cuomo kicked off the 2020 legislative session Wednesday with his annual State of the State address, he made it clear from the first substantive sentence of his speech that New York faces no ordinary task in satisfying the requirement to balance all those dollars flowing out with the ones coming in.

“It is going to be a challenging year,” he said, in one of the more sobering moments of an otherwise upbeat address.

And while he acknowledged the herculean task of reducing the shortfall and providing for the poorest New Yorkers, he offered few details on how to address the Medicaid program that accounts for the bulk of his 2020 fiscal challenge. He hinted, however, that his budget-crafters may revisit the freeze of increases to counties that has staved off $4 billion in Medicaid expenses to local governments.

“Also, the local governments still administer their local program, even though they no longer share the costs – and we have seen dramatically higher cost increases recently,” he added. “You cannot separate administration from accountability. It is too easy to write the check when you don't sign it.”

The Democrats now in charge of Albany last year concentrated on enacting their progressive agenda that included expanded abortion rights and reforms in election law, among many others.

But now they must confront the nuts and bolts of a multibillion-dollar budget hole stemming primarily from one of the nation’s most expensive Medicaid programs.

Those on the receiving end left the session more than concerned.

Take County Executive Mark C. Poloncarz, who outlined many of the same progressive themes when he took the oath of office for a third term on Dec. 31. But Albany’s budget realities are about to affect Erie County.

The county executive said county government must deal with more than effects on property taxes. Nursing home reimbursements may wither, he said, and cuts to public hospitals like Erie County Medical Center could prove devastating.

The state can achieve a balanced budget and enact its progressive goals, he said, because Erie County has noted similar success.

“You can have progressive government,” he said, “but in a way that doesn’t break the bank. I think the state can do it.”

As is customary just after the governor’s State of the State speech, lawmakers and local officials gravitate toward television cameras and reporters notebooks, to weigh in on the new proposals.

Assemblyman Sean M. Ryan, a Buffalo Democrat, told The Buffalo News that New York faced a similar deficit last year – the first of all-Democratic control – and dealt with it.

“Hardly anything he proposed had a spending increase,” Ryan said, “and he wants to reduce the cost of Medicaid. The governor talked about spending Medicaid money more efficiently.”

Republicans, however, are still lurking around the Capitol, even without their past powerful portfolio.

One of them, Sen. Patrick Gallivan, of Elma, said every taxpayer should be concerned about the GOP’s absence.

“I don’t think one-party control anywhere is good,” he said. “You don’t have those checks and balances. And now we have a government that is New York City-centric.

“Elections have consequences,” he added.

State Republican Chairman Nicholas A. Langworthy, of Amherst, renewed the criticism he has focused on Cuomo since taking over the state party last July.

“It reminds me of a guy who wishes he ran for president but didn’t have the guts to try,” he said, complaining that the governor dodged the deficit issue that revolves around Medicaid.

“At the same time he blames the municipalities,” he added. “There’s never any relief for municipalities; it’s all unfunded mandates.”

But State Sen. Timothy M. Kennedy, D-Buffalo, said he believes Cuomo and the Democratic Senate will respond responsibly. He said progressive values and pragmatic government need not be mutually exclusive.

“There is no question that we have already demonstrated the ability to push a progressive agenda, balanced with respect for taxpayers,” he said.

Most lawmakers and other officials attending the Wednesday session point out that budgets have featured deficits more often than not through the years, and that Cuomo will in coming days outline specifics of his plan to fill the deficit.

Eventually, Albany tackles the problem, even when pain and political pandering often ensue.

Cuomo seemed to express the same outlook. He asked for Republicans and Democrats to work together, and even turned to Henry David Thoreau.

“In his book Walden, Thoreau wrote about dreamers and idealists – ‘If you have built castles in the air, your work need not be lost; that is where they should be. Now put the foundations under them,’" Cuomo quoted.

“That is New York - we are idealists and realists, we are dreamers and doers,” he added. “Our current challenges are daunting - but nothing New York at her best can't handle.”