The sign propped up outside Vizzi's restaurant in Kenmore still promises customers can get "Western New York's Best Burger."

But a fire in an upstairs apartment forced Vizzi's to close in December 2018. One year later – and counting – it's still not clear what sparked the blaze or whether the owner ever intends to reopen.

Village police have yet to finish their investigation into the cause of the fire. And the owner hasn't made any of the repairs needed to get the building ready for reuse.

That leaves rumors about Vizzi's future swirling on social media and among fans of the Kenmore Avenue institution, known for its massive burgers, beef on weck and fish fries.

"It's a shame," said Melissa Garlinger, manager of the Dr. Bob's Dental Care office across the street in North Buffalo. The office regularly ordered food from Vizzi's.

The Dec. 5, 2018, fire started in the late morning in an apartment above Vizzi's, 967 Kenmore Ave., a few blocks east of Colvin Boulevard.

The fire started in the second-floor kitchen area, said Kenmore Police Capt. AJ Kiefer. No one was there at the time.

"The apartment was used, I believe, as an office or spare area," Kiefer said. "It wasn't an occupied apartment." 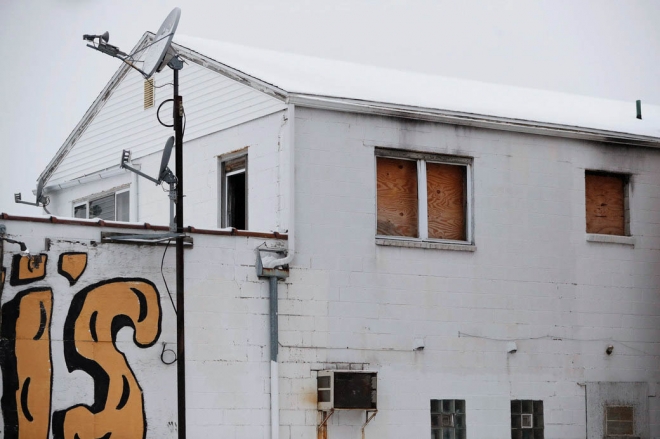 The fire caused more than more than $200,000 damage, primarily to the upper part of the building, with the restaurant sustaining minor water damage, he said.

Garlinger said she and her co-workers watched village firefighters battle the blaze and she recorded footage of their efforts that she sent to her husband.

"It's such a staple here," said Garlinger. When new patients asked how to get to the dental office, staff would say it's across Kenmore Avenue from Vizzi's.

Kiefer said it's been difficult to determine what caused the fire. He said the lengthy investigation has allowed police to rule out an electrical fire or cooking fire and the apartment did not have a fireplace.

Asked whether the fire was intentionally set, Kiefer said, "That's unknown at this point."

Kiefer said Vizzi's owner Sean Honan has cooperated with police. He said he anticipates the detective working the case will wrap it up soon. Police could list the cause as undetermined but, Kiefer said, "We don't like to close things out that way."

But he said the electrical system was burned up and extensive repairs are required before power can be restored. Honan needs a building permit before that work can begin and he hasn't filed for one yet, said Berns.

Honan, who also owns the seasonal Sullivan's Hot Dogs in Niagara Falls, initially responded to customers on Facebook that he planned to reopen the restaurant.

He declined interview requests from The Buffalo News in the weeks after the fire and again for this article.

Honan owes $5,406 in unpaid property taxes and interest from 2019, according to records from the Erie County Clerk's Office.

"I don't know what the owner's intentions are," Kenmore Mayor Patrick Mang said. "We aren't really in contact with him."

Joe and Mindy Vizzi opened their tavern and restaurant in the early 1990s. It operated largely under the radar until 2008, when The Buffalo News picked Vizzi's cheeseburger as the area's best following an extensive culinary survey.

That and later honors boosted business considerably. The Vizzis put the restaurant on the market in 2015 and sold it to Honan two years later after extracting a promise that he wouldn't change anything about the place. 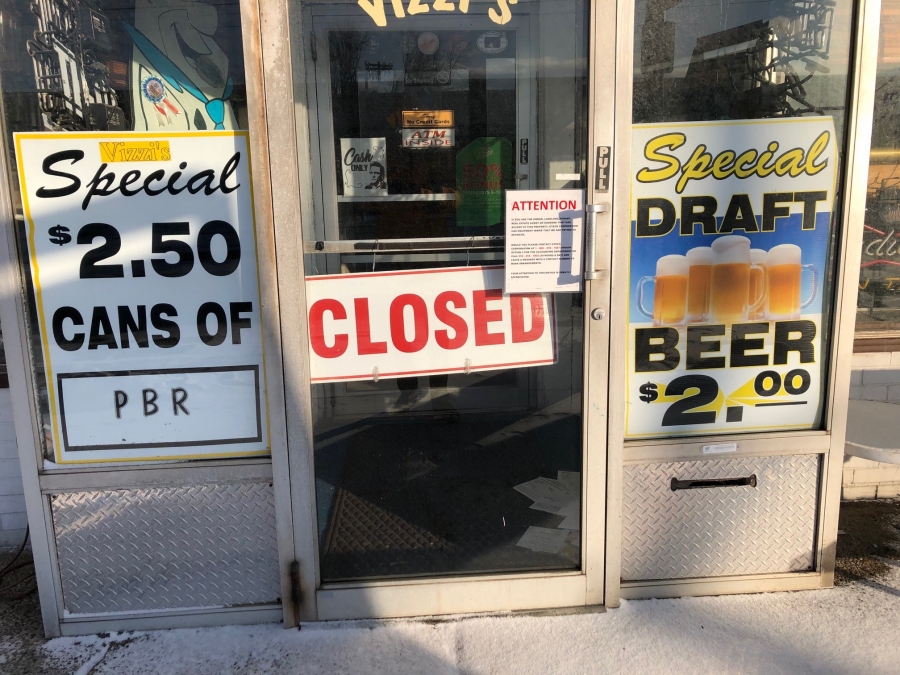 Mail is seen piled up inside the front entrance to Vizzi's restaurant on Kenmore Avenue. (Stephen T. Watson/Buffalo News)

Today, the restaurant is in good enough condition that it looks like a customer could walk right in and order a burger and a beer. Vizzi's is still advertising $2.50 cans of Pabst Blue Ribbon along with a $9.95 monster burger and fries.

The only sign something was amiss on a recent morning visit was mail piled up in several spots just inside the restaurant.

Garlinger said people regularly ask Dr. Bob's employees when the restaurant will reopen, but they have no idea.

Donna Frey, the receptionist at Hanley Orthodontics, said patients also wonder about the restaurant's future. She said the issues at Vizzi's appear more cosmetic than serious.

"It just needs somebody paying attention," Frey said, but they never see anyone there and mail continues to pile up.

Vizzi's devoted following is evident on Facebook, where members of the "What's Going on Town of Tonawanda!" group regularly ask what's happening with the restaurant.

The endless speculation has fueled sarcastic Vizzi's references in completely unrelated discussion threads within the group.

For example, an October post seeking information on an unidentified flying object spotted in the sky over the town drew this response: "Blimp advertising for Vizzi's."

A question about who bought the former Monro Muffler at Sheridan Drive and Eggert Road? "Vizzi's making a comeback!!" The new building near Caputi's Pub on Sheridan? "Vizzi's."

Mang said he doesn't know why the Vizzi's rumor mill churns so relentlessly on social media.

"In this day and age, people believe what they want to believe," the mayor said.