One apparent contradiction in the natural world is the paradox of the winter solstice: the shortest day of the year inaugurates longer days.

It may not be a paradox for astronomers, but the movement of the heavens remains for a lay person like me as intriguing as it was for the ancient Egyptians and presents an opportunity to reflect on the cycle of the seasons and its meaning.

Poets, more than anyone else, including astronomers, help us make sense of our lives. I say this as an ex-poet who looks to real poets to try to make sense of my life and the lives of those among whom I live.

Robert Frost, America’s leading 20th century philosopher-poet, as Emerson was in the 19th century, captures in his “An Old Man’s Winter Night” what we may feel at the dark zenith of the solstice:

All out-of-doors looked darkly at him
Through the thin frost, almost in separate stars,
That gathers on the pane in empty rooms.

We may feel on such an evening, especially when we’re in the grips of a deep freeze, that there isn’t much to look forward to, even as holiday lights brighten our lives with a sense of hope. 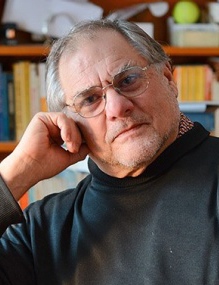 In such moments, as on New Year’s Eve last week, we may feel that the best of life is behind us, and we raise a glass of champagne in this nostalgic mood and sing Robert Burns’ immortal “Auld Lang Syne” (“Times Gone By”):

As much as we should pay tribute to all those people who have helped us get to where we are in life, if we have been fortunate enough to have had positive support through the years, we should be mindful that they can teach us about new beginnings.

Just as the shortest day of the year gives way to more light, so an apparent terminus in our lives can turn into a point of departure. In this sense, we may be able to combine a sense of loss with one of renewal by remembering and paying homage to some of those “auld acquaintances” who turned an ending into a fresh start.

I shall think of several people this year who transformed their lives just when they thought they had come to a dead end.

One of my old friends wondered what he would do when his career as professor of philosophy came to an end. I encouraged him to reflect on his life and to write about it. He might be surprised, I suggested, by what he might learn.

Lo and behold, he did, and discovered that he had neglected to pay attention to some nonlogical aspects of his life: growing up under spacious Western skies and summers at the end of Cape Cod where he rubbed shoulders with artists whose intuitive powers had influenced him in ways he now understood.

My brother left what he felt was a narrow career with a New York law firm to live a more romantic life in Portugal where he practiced law and became a creative writer. His novel, “Romance in Lisbon,” serves as a symbol for me of life’s expanding possibilities.

So, let those you remember in this way light up your future in the New Year.

Howard Wolf is the author of a new collection, “Second Time Around and Other Stories.”