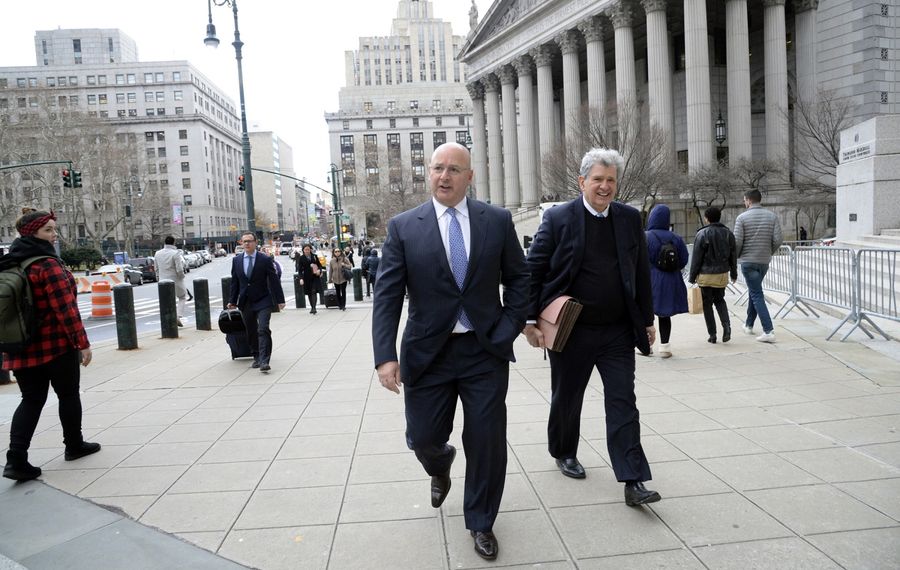 ALBANY – The fate of the men convicted in the Buffalo Billion bidding scandal could become a bit clearer in early March when a federal appeals court considers oral arguments by defense lawyers and prosecutors before ruling in a case that highlighted Albany’s pay-to-play culture.

The case is set to be heard by a three-judge federal appeals panel sometime during the week of March 9; a specific date was not selected in a recent order by the court.

Among those convicted in the case were Louis Ciminelli, a former leading Buffalo businessman and philanthropist who remains free during the appeals process.

The case – involving bid-rigging that included a contract for Ciminelli’s construction firm to be awarded the “preferred” developer in a state economic development program known as the Buffalo Billion – dates to the September 2016 arrests of Ciminelli and seven others, including Alain Kaloyeros, the former SUNY Polytechnic Institute president whom Gov. Andrew M. Cuomo tapped to be in charge of major high-tech initiatives in Buffalo and elsewhere upstate. Kaloyeros is also free on bail during the appeals process.

In an Orange County federal prison is Joseph Percoco, a former top adviser and longtime friend of Cuomo’s. Percoco, 50, was part of the original Buffalo Billion matter, though his bribery case was spun off into a separate trial in 2018 held just prior to the Ciminelli and Kaloyeros trial. Convicted in the case, Percoco began serving time at Otisville prison earlier this year and, according to the federal bureau of prisons, he is scheduled for release on June 3, 2024.

Paul Shechtman, a Manhattan attorney who is representing Ciminelli, declined comment on the appeal’s hearing.

In October, lawyers for Ciminelli, Kaloyeros, Percoco and the others involved in the matter asked the court to split the Buffalo Billion case into two separate oral arguments; the requests tracks what happened at the lower court level when a judge carved the complex corruption cases into two trials. That request is still pending before the appeals court; the judges who will hear the March oral arguments have not yet been assigned.

In his appeals brief filed last year, Shechtman wrote that the case against Ciminelli failed on a number of legal fronts involving his role in a state request for proposal process that awarded the Buffalo businessman a lucrative deal that would go on to include construction of the large solar plant at RiverBend. “In sum, there is not a scintilla of proof that Mr. Ciminelli tailored the Buffalo RFP to favor his company," Shechtman wrote in his appeal brief.

Separately, Michael Miller, a Manhattan lawyer who represents Kaloyeros, in October asked the appeals court to either reverse the former SUNY president’s conviction or to order a new trial. The reasons: everything from the judge’s instructions that “misled” jurors before they began deliberations to a failure by prosecutors to show any “tangible economic harm” resulting from the development contract awards.

The appeals hearing date comes as Kevin Schuler, who was charged in the Buffalo Billion case but became the prosecution’s star witness against Ciminelli, last month began a job with Niagara County as its public information officer. Schuler, who pleaded guilty to two felonies in the case, was a top executive under Ciminelli at LPCiminelli, which was a Buffalo construction powerhouse before the scandal broke.