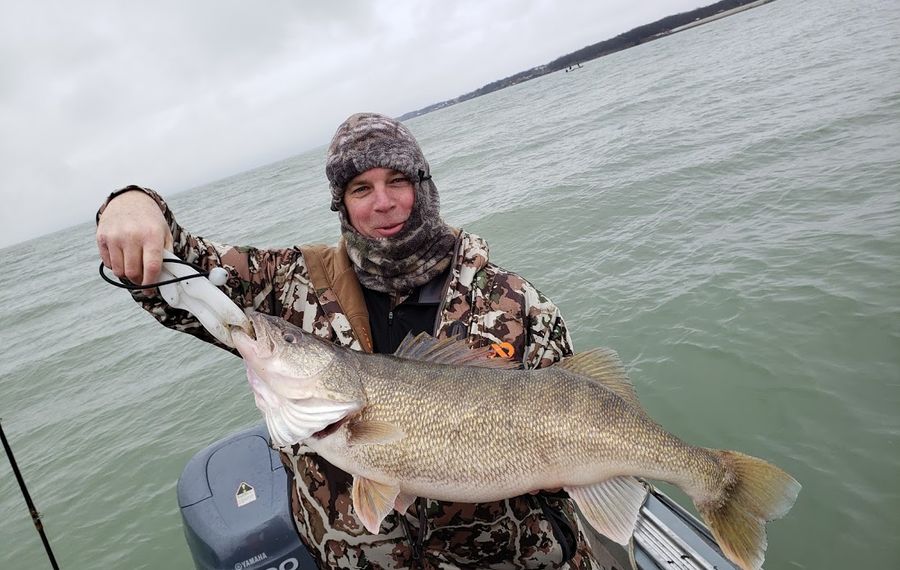 Fishing will take a huge hit this week with more winds and 1-2 inches of rain in the forecast. If that happens, your best bet is to visit www.niagarafishingexpo.com and see which seminars you can attend next weekend and which vendor booths pique your interest.

The main lake is still 38 degrees with another warm spell in the forecast. However, winds have kept people off the water. In the streams, the trout action has been good. Danny Jankowiak of Buffalo reports that the tributaries and inland streams are fishing great right now. He had some decent luck this past weekend and some great luck Tuesday morning in the Southern Tier. Hopefully the weekend rain doesn't mess up things too much. White and olive jigs were working well. Egg patterns and wacky worms should do the trick, too. Some fresh fish have come in with the December rains, according to Jankowiak. He predicts a good rest of the season.

Capt. Chris and Capt. Connor Cinelli report good trout action in the lower Niagara River this past weekend even thought the conditions appeared marginal. However, no one was fishing Monday or Tuesday due to turbid conditions. Best bait for Capt. Chris was a pink egg sac fished off a 3-way rig. For Capt. Connor, both pink and chartreuse sacs were working. Trout and walleye were cooperating around the Lewiston area. Meanwhile, further downriver, Capt. John Oravec of Troutman was taking Jim Karker and his son, Ryan, both of Rochester, on the lower river near Lake Ontario over the weekend. The prize catch for the day was a 31.5-inch walleye with a 19-inch girth reeled in by Jim as Ryan netted it. It hit on a large golden shiner on the Niagara Bar in 21 feet of water. They also did well on browns, steelhead and other walleye using small emerald shiners in the river. The trip was a birthday present for Ryan. The walleye was a personal best for the elder Karker. 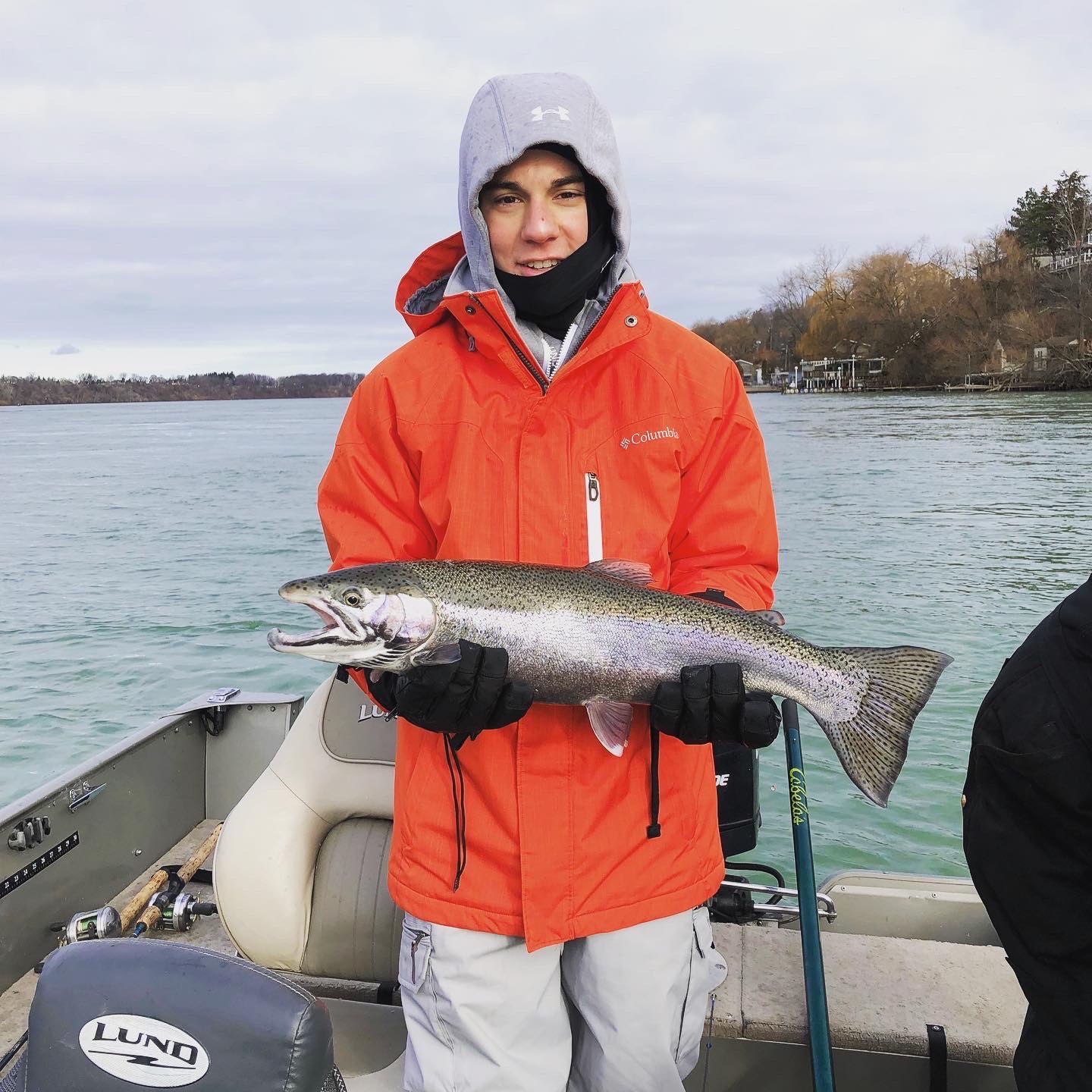 Scott Feltrinelli with Ontario Fly Outfitters reports that the creeks have had a mix of browns and steelhead the past week. The last snow melt brought an influx of fish. Numbers are as to be expected for winter fishing. There are scattered fish, so walking and casting will yield some results. The holiday had many anglers trying their newly gifted equipment resulting in higher fishing pressure. It should be good the next few months between melts. Roy Letcher of Newfane reports that fishing is good at Burt Dam along sections of 18 Mile Creek. Best baits are jigs, sacs, and Rapalas. Johnson Creek and the Oak also are good. In Wilson, 12 mile is holding some fish. If we receive excessive rain over the weekend, all bets are off on the fishing.

Not much to report right now. The lake is open as hard water anglers wait for Mother Nature to cool things down.

For the most part, Lake Simcoe is either wide open or has marginal ice conditions at best, according to expert ice fisherman Wil Wegman. A few daring souls have tried extreme shallow water areas in the south, but the thin ice did not warrant the small perch they caught according to Wegman. The 280-square-mile lake needs a big deep freeze before any real action begins.

Lake Couchiching directly to the north has seen some limited action with some anglers walking out of some sections for perch on ice just thick enough to hold them. Don’t try it. Meanwhile, over New Year’s, Wegman and his fishing buddy Gerry Heels with Lowrance traveled 10 hours north of Simcoe during their annual epic ice fishing adventure to experience some of the finest brook trout and splake fishing either of them has had. Wil caught his personal best brook trout, a gorgeous 5-pound male and moments later landed a female slightly smaller.