A mother and her boyfriend brought a 2-year-old boy to Erie County Medical Center on Tuesday afternoon, but the toddler was already dead.

Now, the boyfriend, identified by police and prosecutors as Nathaniel J. Baker, faces a murder charge.

Baker left the hospital before police arrived, and Tuesday night, after a three-hour standoff on Sanders Road where he was with two other children, he was taken into custody.

Baker, 23, was arraigned Wednesday morning in Buffalo City Court on a charge of second-degree murder in the death of Jordan Robinson, according to the Erie County District Attorney's Office.

Authorities are awaiting the completion of an autopsy report by the Erie County Medical Examiner's Office, but District Attorney John J. Flynn said the child was apparently beaten to death. The incident happened in a home on Theodore Street.

Flynn called it a "fast-developing case," adding that the arrest and arraignment were "very aggressive." He said investigators still need to flesh out "exactly what happened," and noted that the investigation is continuing.

Baker pleaded not guilty and was ordered held without bail by City Court Judge Barbara Johnson-Lee. 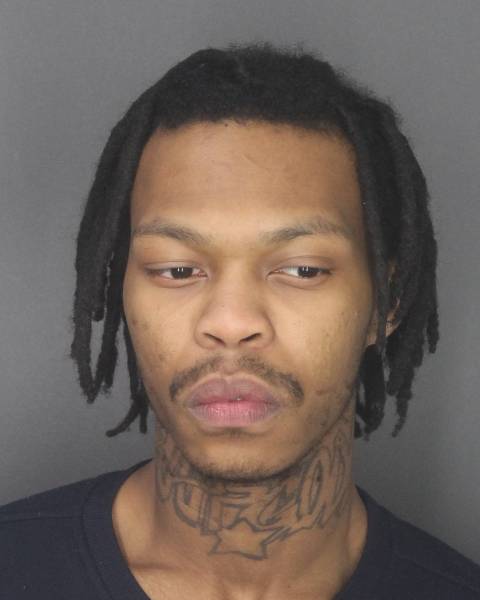 Police were called to ECMC at about 4:20 p.m. after the couple brought the injured child to the hospital, Buffalo Police Capt. Jeff Rinaldo said.

Police determined Baker was in his sister's apartment on Sanders Road in North Buffalo and when investigators went there, found Baker to be alone with a 5-month-old and a 1-year-old child, Rinaldo said.

Baker refused to comply with police and at about 7:30 p.m., the Buffalo Police Department's SWAT and crisis management teams were called to the scene.

"There was some cause for concern for not only his possible state of mind at that point but also to ensure that the situation didn’t escalate into something more serious," Rinaldo said.

After about three hours of negotiations, Baker surrendered peacefully, police said. Baker is the uncle of the two children, who were unharmed.

Wednesday morning, neighbors on Theodore Street were stunned to hear about the death of the toddler.

The house where the boy's mother and Baker lived appeared to be in need of many repairs. A door on the second floor to the balcony swung open in the breeze. Yellow tape was wrapped around the front. A patrol car was posted outside.

A woman who lives on the same block said she didn't know the people who lived at the house where police say the child was fatally beaten but sometimes saw two small children and a dog playing on the upstairs balcony at that house.

"I feel so sorry for the baby," the woman said who refused to give her name. "He didn't deserve this."

The street was filled with police cars late Tuesday afternoon, she said, but she didn't know what the commotion was about.

Another woman who lives on Theodore said the neighborhood is sadly accustomed to gun violence.

"We don't even go out front," she said. She too refused to give her name because of the shootings and other crimes in her neighborhood.

She was heartbroken to hear about the death.

"You don't beat a child," she said, shaking her head.

Baker was accused in October 2018 in a domestic incident on Bailey Avenue in which he allegedly strangled a woman and punched her in the face, broke her cellphone and ran from police, according to a Buffalo police report.

He was charged with felony criminal mischief, criminal obstruction of breathing, misdemeanor assault and other charges, according to the report. On Oct. 31, 2018, he pleaded guilty to harassment and was sentenced to time served, according to city court records.

The toddler’s killing is Buffalo’s third homicide of the year, according to police.