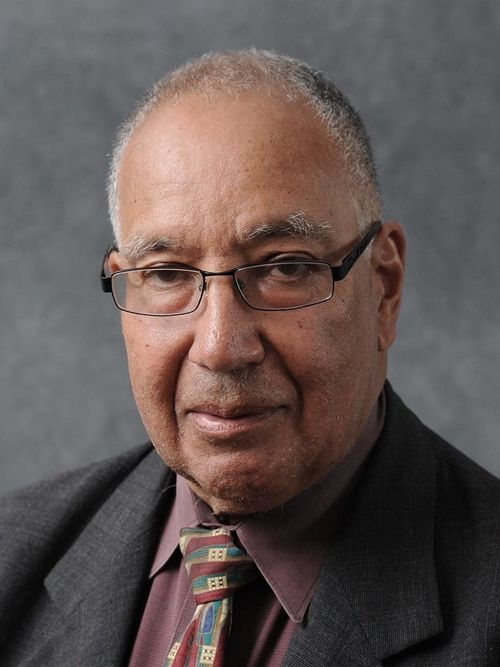 Warren T.D. Barbour, an innovative archaeologist who was the first African American to earn a doctorate in his field in the United States, died Dec. 28 after a long struggle with Parkinson’s disease. He was 76.

A faculty member at the University at Buffalo for 37 years, he was a specialist in Meso-American archaeology and was part of groundbreaking studies at Teotihuacan, the City of Gods, a pre-Aztec site north of Mexico City that was the first large, planned city in the Americas and is known for its pyramids.

Born Warren Turner Drake in Philadelphia, he took the surname of his stepfather, Dr. J. Pius Barbour, and attended Central High School there.

He first visited the City of Gods while studying for his bachelor’s degree at Pennsylvania State University, doing archaeological work with the Teotihuacan Valley Project.

He returned to Teotihuacan while completing a master’s degree and doctorate in anthropology and archaeology at the University of Rochester. Studying under renowned anthropology professor Rene Millon, his doctoral work involved taking part in the massive effort to map the ruins there.

He noticed in 1975 that the people who created the many terracotta human figurines found at Teotihuacan had left their fingerprints in the damp clay. Analyzing the fingerprints led him to determine that women – as well as men – made the figurines.

An expert in archaeological computer programming, he set up a lab to examine fingerprints and other features on figurines on UB’s North Campus in Amherst.

He also developed new methods to determine how the clay figurines were manufactured and used.

Mr. Barbour joined UB’s Department of Anthropology and Archaeology in 1970 and, with Stuart Scott, established the Marian E. White Research Museum of Archaeology at UB.

He was chairman of the university’s Black Studies Department in the early 1970s and headed one of the Ellicott residential colleges.

He became an associate professor emeritus in 2017.

He established the firm of Dean and Barbour Associates to do historical archaeology in the U.S. Its most significant project was excavation of an African American burial ground in New York City where the remains of hundreds of first-generation slaves were discovered. He led the site interpretation and education efforts there.

“Nowhere else in the world do we have an entire population of first-generation African slaves like this,” he told Buffalo News reporter Lou Michel in 1993. “They are virtually buried under Wall Street.”

Other investigations included a Grand Island housing development where thousand-year-old artifacts were found and a Native American village at a Tops Markets warehouse site in Lancaster.

He led the survey work that found pre-Civil War relics at the site of what is now the KeyBank Center in downtown Buffalo and uncovered stones from the old Commercial Slip in the Inner Harbor as development began at Canalside.

He had a lifelong interest in chess, sailing and fencing.

He enjoyed Civil War history and the music of Mozart.

He was a member of the Thursday Club, where members presented academic papers and discussed literary topics.

A celebration of his life was held Jan. 4 in the Saturn Club, 977 Delaware Ave.