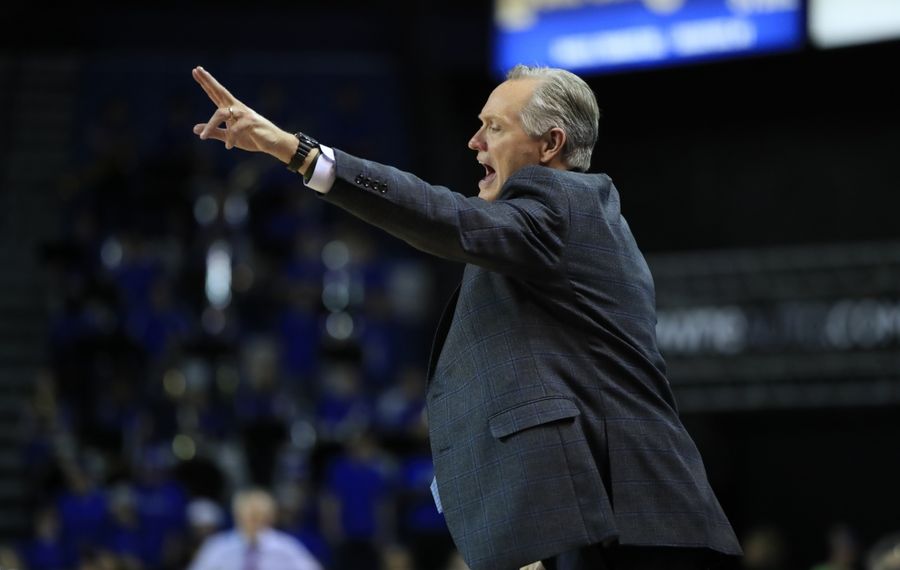 The University at Buffalo men face an uphill climb in the Mid-American Conference basketball race unless they turn things around in a hurry.

Ball State (9-6, 2-0 MAC) built a 15-point lead then easily turned aside any attempt of a comeback and handed the Bulls an 88-68 defeat Tuesday night at Worthen Arena in Muncie, Ind.

UB has not lost three in a row in conference play since February of the 2015-16 season, when it fell to Toledo and Ohio at home and Akron on the road.

That distinction could be threatened on Friday when the Bulls face Miami (7-8, 0-2) in Oxford, Ohio. That game will be followed by a home game against Ohio (9-6, 1-1) next Tuesday.

Akron and Kent State, both 2-0 in conference play, added victories Tuesday night on a full schedule of seven MAC games and lead the East Division. Ball State and Central Michigan are each 2-0 to take the early lead in the West Division.

Tahjai Teague a 6-foot-8 senior forward from Indianapolis, led the Ball State victory with 25 points. He had 14 in the first half, including a 3-pointer he shot at the halftime buzzer.

The Cardinals had a healthy double-digit lead the entire second half. Their biggest lead was 88-65 with 1:11 left.

Ball State responded with a 7-0 run, including a 3-pointer by Kyle Mallers. Williams scored the next two baskets for UB, but the Cardinals went on another 7-0 run, which included a 3-pointer by Teague.

Graves was one of three UB players to score in double figures. Antwain Johnson had 16 points, Jeenathan Williams 14 and Graves 13. Mallers a 6-7 senior forward, had 11 points and junior guard Ishmael El-Amin added 11 for the Cardinals.

Ball State led 48-34 at the half thanks to Teague’s closing 3-pointer. UB did not make much of a threat to start the second half, missing four shots and turning the ball over twice on its first six possessions.

The closest the Bulls got the rest of the way was 76-63. Another 7-0 run by the Cardinals, which started with a 3-pointer by Mallers and ended with a layup by Teague, took care of that.

Defensively, UB was lacking on the perimeter, allowing 10 baskets in 27 attempts. Overall, Ball State made 34 of 71 shots from the floor.

The Cardinals got fewer points (44) in the paint than UB (52). However, they received more help from their bench players, who outscored the Bulls, 23-13, in that category and scored 13 points off turnovers to eight for UB.

Brock Bertram, the Bulls’ 6-11 junior backup at center, had three of UB’s six blocked shots. It was only the third game for Bertram, who is coming off an injury.

The Bulls outrebounded the Cardinals, 39-37, but turned the ball over 14 times and forced only seven turnovers by Ball State.