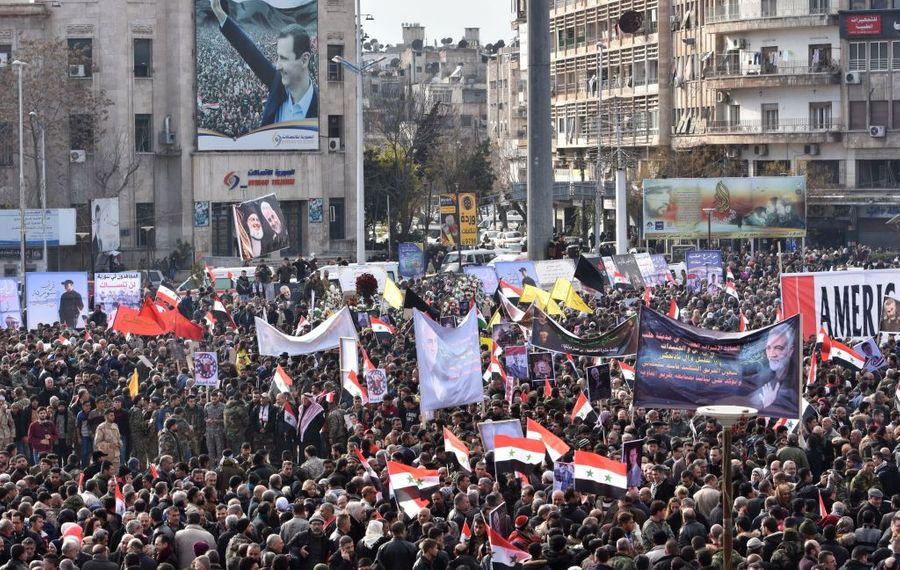 BAGHDAD – Iran attacked two American bases in Iraq with a barrage of missiles early Wednesday, Iranian official news media and U.S. officials said, the start of what Tehran had promised would be retaliation for the killing of a top Iranian commander.

U.S. officials in Washington said that Iran had fired more than a dozen ballistic missiles at two military bases in Iraq where U.S. troops are stationed.

“It is clear that these missiles were launched from Iran and targeted at least two Iraqi military bases hosting U.S. military and coalition personnel at Al Asad and Irbil,” Jonathan Hoffman, the Pentagon’s chief spokesman, said in a statement.

Iranian news media reported the attack hours after the remains of the commander, Gen. Qassem Soleimani, were returned to his hometown in Iran for burial amid a huge outpouring of grief and rage at the United States. The funeral procession was so huge and unwieldy that more than 50 people died in a stampede, state media reported, forcing a delay in the burial.

Iranian officials said the attacks on American bases began at 1:20 a.m. – the time Soleimani was killed by an American drone at the Baghdad airport Friday.

Some Iranian officials tweeted images of Iranian flags in a rejoinder to President Donald Trump, who tweeted an American flag after Soleimani was killed.

The White House said in a statement that it was “aware” of attacks on U.S. facilities in Iraq. “The president has been briefed and is monitoring the situation closely and consulting with his national security team,” the statement said.

Trump, who has vowed a strong response to any Iranian attack on U.S. targets, visited military forces at Al Asad in December 2018, making his first trip to troops stationed in a combat zone.
The American killing of Soleimani, a hero at home but a terrorist to the U.S. government, has escalated into one of the most dangerous confrontations between the two countries in the four decades of animosity that have followed the Islamic Revolution.

Reports from U.S. intelligence agencies of an imminent attack from Iran intensified throughout the day.