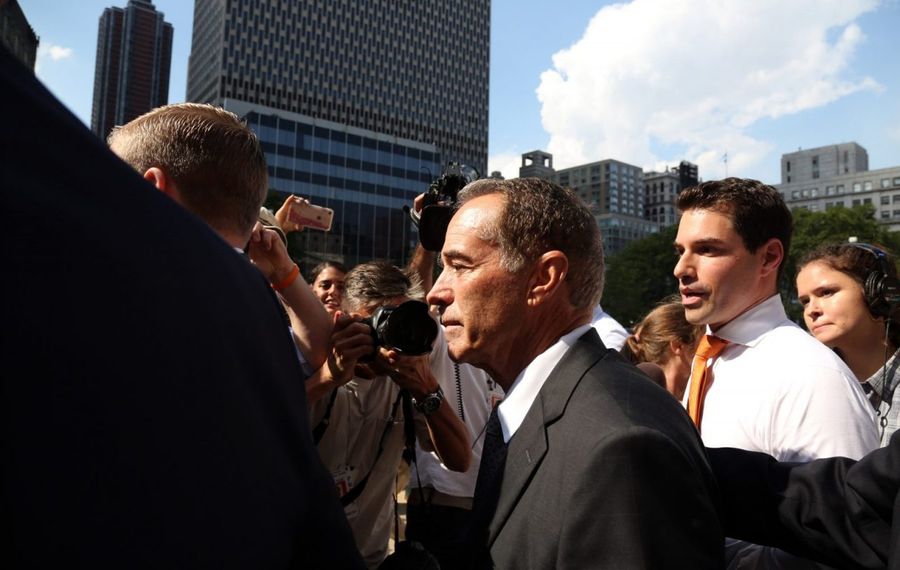 WASHINGTON – The U.S. Probation Office is recommending that former Rep. Chris Collins spend a year and a day in custody, followed by supervised release and a $200,000 fine, for the insider trading violations that he pleaded guilty to last October.

The proposed sentence is far more lenient than the maximum called for in Collins' plea agreement – which was four years and nine months.

But Collins' lawyers, in a memo to the judge who will sentence Collins Jan. 17, said the former Republican lawmaker from Clarence doesn't deserve any prison time at all.

"Society, as a whole, will gain no benefit from incarcerating a 69-year-old husband, father, and grandfather," Collins' lawyers wrote.

Noting that Congress recently passed the First Step Act, which suggests home confinement for older felons who pose no danger to society, the defense lawyers argued that for Collins, "a significant term of home confinement with extensive community service and a fine is a suitable alternative to incarceration."

Accompanying the memo were more than 100 letters in support of Collins, who resigned from Congress at the time of his guilty plea. Collins' wife, children, former congressional staffers, employees and business associates all asked Broderick to go easy on him. Collins got letters of support from a dozen current or former members of Congress, including former House Speaker John Boehner, an Ohio Republican.

The full U.S. Probation Office's report on Collins is not public, but Collins' lawyers quoted extensively from it in their sentencing memorandum to the judge.

Both stressed that Collins – a longtime entrepreneur and Boy Scout leader – was by no means a career criminal.

“[I]t is difficult to adjoin the individual who committed the illicit actions in this offense, with the otherwise commendable life Collins has led,” the probation office said in its report.

Collins pleaded guilty to conspiracy to commit securities fraud and lying to an FBI agent. In doing so, he acknowledged that in late June 2017 – while at a White House picnic – he called his son Cameron with an inside stock tip.

Both Collins and his son were heavily invested in Innate Immunotherapeutics, an Australian biotech firm where Chris Collins sat on the board. And that night, Collins got an email from Innate's CEO, saying that its only product – a multiple sclerosis drug – had failed in clinical trials.

Collins immediately called his son to tell him, which prompted Cameron Collins to dump his Innate shares and spread the inside information to others – including his future father-in-law, Stephen Zarsky. 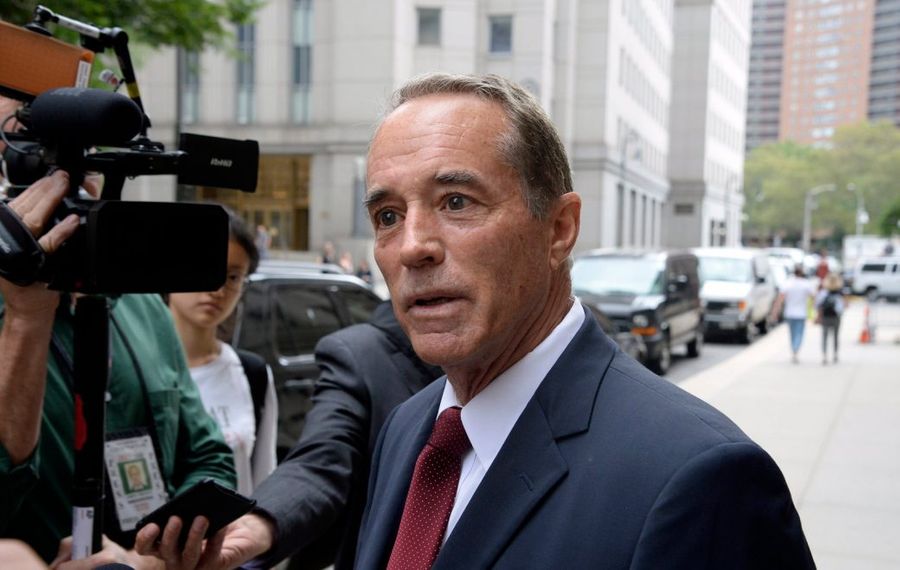 Reviewing those events, the probation office responded with a degree of sympathy toward Chris Collins.

"We understand that his motivation in becoming involved in the offense was out of concern for his son," the probation officers wrote. "This is no excuse to commit a crime, but it appears that Collins had a moment of weakness and executed bad judgment in the offense."

That being the case, the probation office suggested "a substantial variance" from the sentence called for under federal sentencing guidelines, which indicate Collins should serve 46 to 57 months in prison.

"Given Collins’s lack of a criminal history record, the non-violent nature of his offense, his acceptance of responsibility in the offense and his service to his community, we believe that a non-guideline sentence is warranted," the probation officers wrote.

While the probation officers said Collins deserves some prison time, his lawyers argued it would be most fair for Collins to serve his time at his home in Marco Island, Fla.

The Collins lawyers also cited the many testimonials to Collins' character that his loved ones and former colleagues submitted.

"We served together in Congress during challenging times for our country," Boehner wrote. "In times like that, you get a glimpse of who people really are. You see their character at their core. Chris was my friend at times when he didn't have to be my friend, and I'm sure he took some political heat for supporting me as Speaker at a time when supporting me wasn't popular. He is a person of loyalty and courage."

Along with their plea for leniency, Collins' lawyers shed some light on the former lawmaker's decision late last year to move from Clarence to Florida – where he and Boehner are now neighbors.

"Having spent much of his life serving his community in upstate New York by creating jobs through entrepreneurship, through charitable works, and through public service, he is now too ashamed to spend significant time in the community he loves," the Collins lawyers wrote.