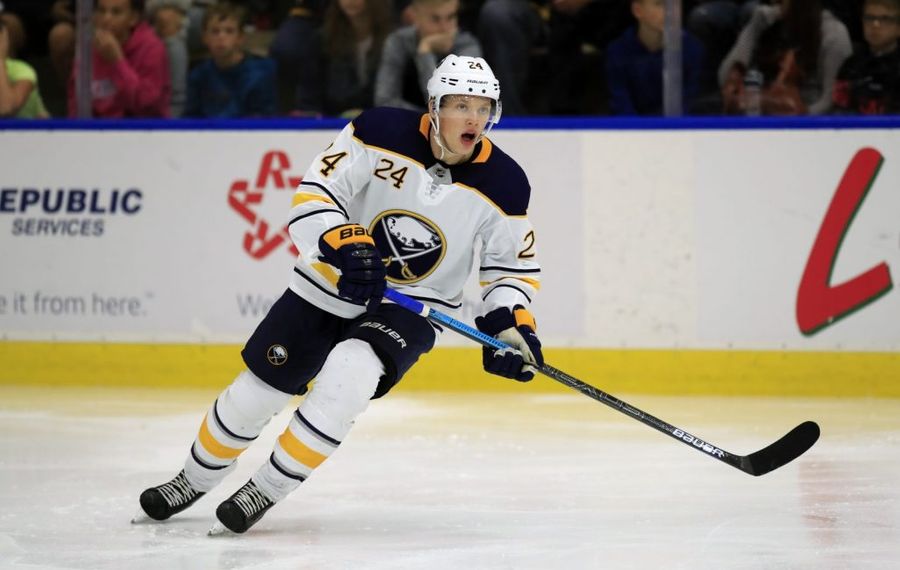 The Buffalo Sabres have called up defenseman Lawrence Pilut from the Rochester Americans to take the spot of defenseman Jake McCabe, who is dealing with an upper-body injury and will not travel to St. Louis for Thursday's game against the Blues. He is listed as day to day.

The team also announced Jack Eichel and Kyle Okposo, both of whom were struck by high sticks during Saturday's game against Florida, were taking maintenance days and that newly acquired Michael Frolik has not yet joined the team due to immigration issues.

After practice Tuesday in KeyBank Center, coach Ralph Krueger said Eichel and Okposo will return to the team at practice on Wednesday and that he expects McCabe back on the ice Friday. The team is hopeful that Frolik's visa situation will allow him to practice Wednesday, and that would mean he would be in the lineup on Thursday.

Pilut, 24, ranks third on the Amerks and tied for 12th in scoring among AHL blueliners with 21 points (5 goals, 16 assists) in 29 games. He has 16 points over his last 21 games, including a season-high four-game point streak, and was named to the AHL All-Star Game.

Pilut played 33 games for the Sabres last year with one goal and five assists. He had four goals and 22 assists in 30 games for Rochester and was named to the AHL All-Star Game but didn't participate due to the recall to Buffalo.