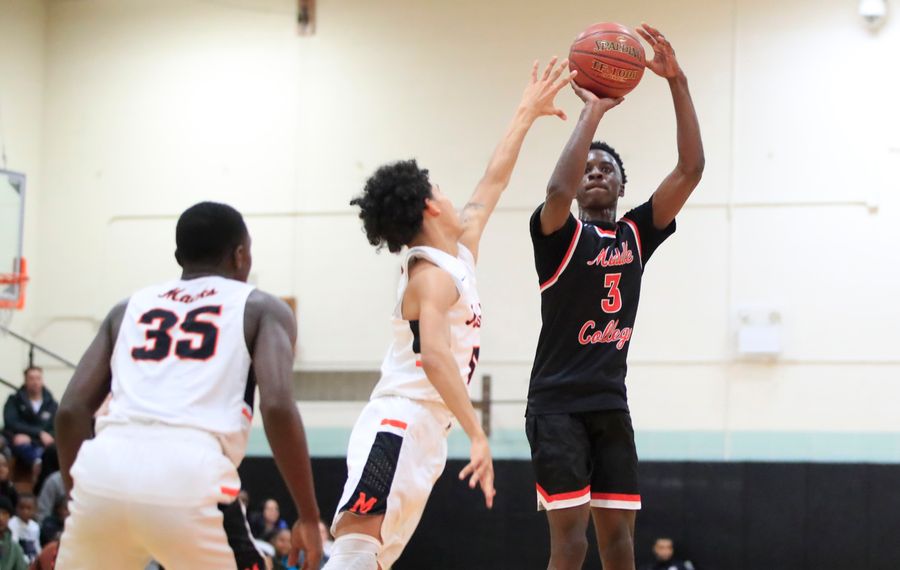 Middle Early College stands alone atop the Yale Cup League I standings with a 5-0 record after a 66-59 victory at McKinley on Tuesday.

Jaedin Cottman had 14 points and 10 rebounds for MEC while Keyunte Jones had six assists and three steals and took two charging fouls by the Macks.

Koran Askia and Jesse Snow each scored 12 points for McKinley, which fell to 3-2 in Yale I play.

Brooklyn Bullock, an eighth-grader, had 18 points to lead Olmsted.

Morganne Dee, a sophomore from Lancaster, had a six-point game on three goals and three assists, and Jersey Phillips had five points with a goal and four assists for LID (Lancaster/Iroquois/Depew) in an 8-5 victory over Niagara County in their Western New York Girls Varsity Ice Hockey Federation game.

Phillips leads the Fed with 28 points and Dee is next with 25.

It was the ninth straight Fed win for LID after opening the season with a 2-1 overtime loss to Monsignor Martin.

With 28 points, LID trails first-place Williamsville (28.5 points) by half a point in the Fed standings and could assume the lead with a win over FLOP (Frontier/Lancaster/Orchard Park) on Thursday at Hamburg Nike rink.

Mary Kromer, a senior from Lake Shore who reached the 100-point career mark in a victory on Monday over HEWS (Hamburg/Eden/West Seneca), increased her total to 107 with two goals and two assists in a 4-3 victory by FLOP (Frontier/Lake Shore/Orchard Park) over CASH (Clarence/Amherst/Sweet Home) in their Fed game at Northtown Center in Amherst.

Kenmore/Grand Island goalie Carolyn Bourgeault made 18 saves to backstop her team’s 3-0 triumph over HEWS at the Lincoln Park Arena in the Town of Tonawanda. Bourgeault is a ninth-grader from Kenmore West.

First-place Orchard Park (3-0) took a 44-30 lead into the fourth quarter and handed Clarence its first ECIC I girls basketball defeat, 60-39. 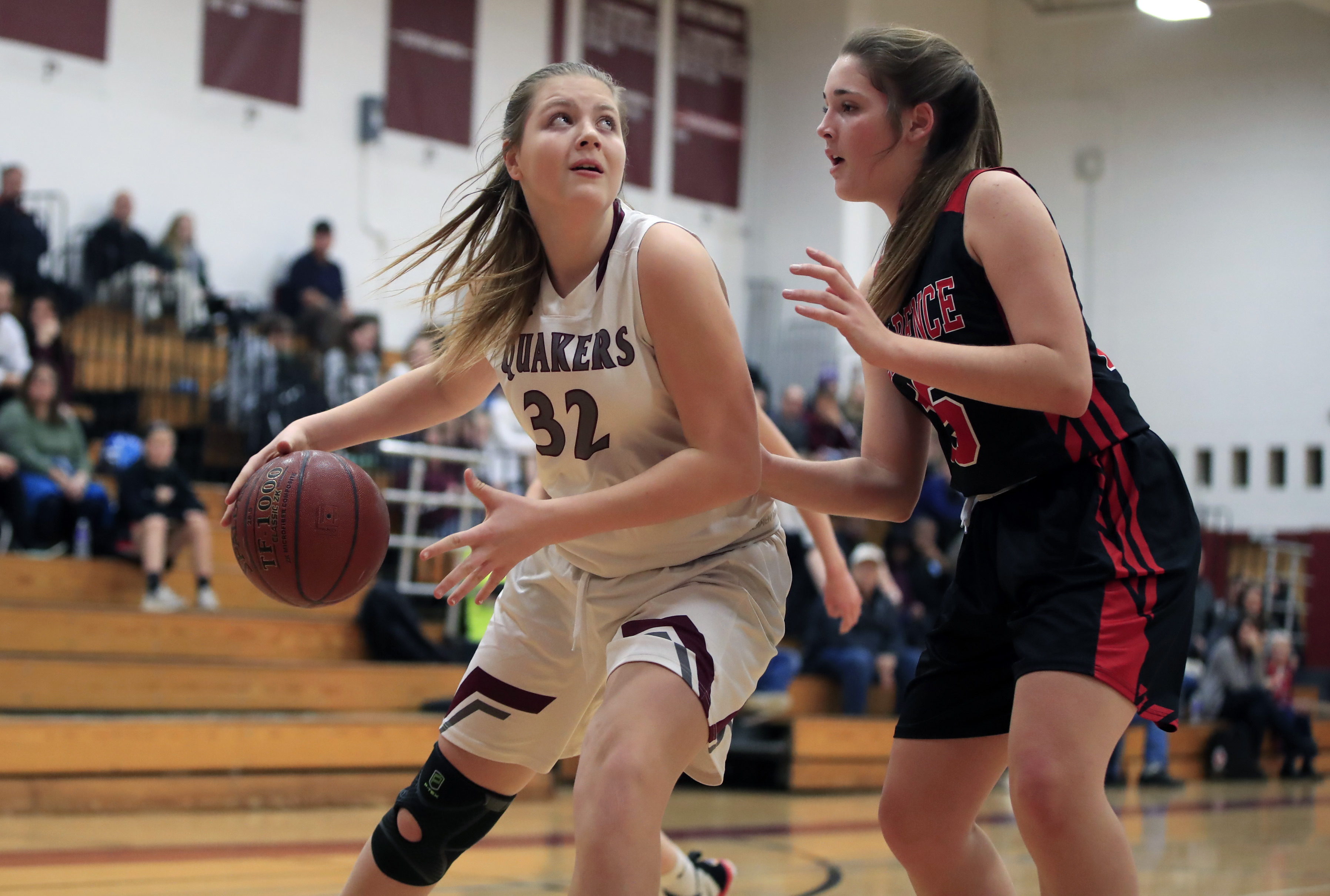 Lew-Port star Roddy Gayle scored 37 points in the Lancers’ 80-51 triumph over Niagara Wheatfield in Niagara Frontier League basketball. Gayle nailed four 3-pointers in what became a rout after the Falcons, winless in league play, had taken a 22-13 lead at the first-quarter break.

T.J. Robinson had 23 points, including five 3-pointers, for the losing Falcons, who were outscored 67-29 over the last three quarters.

In ECIC III, first-place Iroquois got 24 points from Trey Kleitz in a 72-53 triumph at Springville.

The Chiefs, ranked eighth in the latest small schools poll, will face Cheektowaga on Friday in Elma.

Coaches Kyle Husband of Canisius and Gabe Michael of St. Joe’s both were able to empty the bench early in one-sided victories in the Monsignor Martin Association.

Thirteen players scored for St. Joe’s in a 95-54 triumph over St. Mary’s of Lancaster. Jaden Slaughter’s 24 points led the Marauders.

Zachary Marks of Pioneer broke a 24-year-old record in the 100 backstroke, clocking a time of 59.76 seconds in the event in the Panthers’ ECIC meet against Alden.