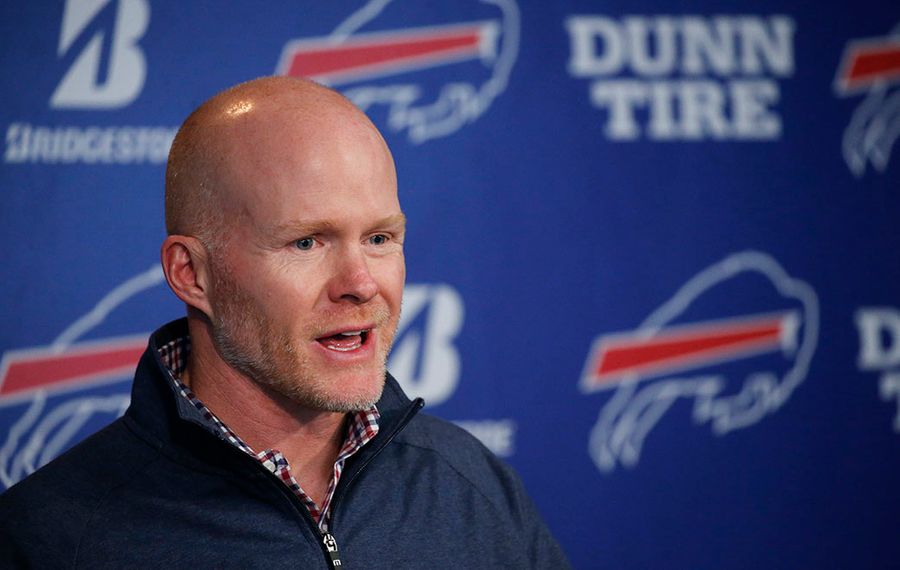 Bills coach Sean McDermott said the change that has happened with the Bills in the last three seasons is "real," but has no intention of sitting back and not being aggressive in the offseason.

But McDermott cautioned about making too many changes, saying he wants to "keep our team total with as many pieces as we can."

"We’ve got a lot of work to do," McDermott said in his season-ending news conference Tuesday. "No. 1, we start in house, internally in terms of our roster. We’ve got some decisions to make. Making sure we keep as much of this team intact as possible. We approach the offseason with a sense of urgency as we continue to grow this organization into what we want it to become. ...

"The change that’s happened over the last 2½-3 years to this point is real. Now it’s about where we go from here … and how we can carry over as much as we can from the foundation of our success. Every year is a different year. A new team has their own identity. We can’t sit back, nor will I or Brandon, ever sit back and say, 'No, we’re good. We just need this much. That’s not how this league works. One year you’re up, one year you’re down."

McDermott was asked about leadership given the retirement of linebacker Lorenzo Alexander:

“One of the things that happened when we came off the Super Bowl in Carolina is we probably let too many of the leaders out of the building," he said. "Some of that comes with retirements and other factors. That’s part of what I meant with keeping as much of this team intact as possible. Each team is different but you give yourself a better chance if you keep the team intact."

McDermott also touched on the officiating in the loss to the Texans that has drawn the ire of many fans:

On the kickoff call to start the second half: “I wish I could go and give our fans an explanation, but I don’t want to go there right now. We had a chance to go up 20-0 at that point. It got ruled that way at first and then it got changed. I have to stand and go by the ruling. I’ve had a conversation with the league office and they supported the conclusion that was made. And that’s the way our league works.

On the blind side block: “I asked about that and they felt that it was called the right way.”

“We control what we control. I want to make it clear to our players, to our fan base, that (officiating) is not why we lost the game. We take responsibility. I take ownership and responsibility as the head coach for the result. We need to play and coach better. That should not come into play.”

Here is more from McDermott:

On dealing with the loss: "It's been a painful couple of days for all of us and I recognize that. My hope is if handled the right way, pain will turn into strength and strength will turn into growth. That's what separates the winners in our world. …. Growth moves us forward as an organization and fan base and team overall.

On Josh Allen: "He’s made a tremendous amount of progress. Let’s start there and recognize work this young man put in. He’ll be the first to tell you that there is more growth to be made."

On Allen’s struggles with the deep ball: “The deep ball has been a conversation. He’s very aware of that. His feet. There’s plenty of things for Josh to work on. He's aware of it and he’s self-critical. That (approach) is a start and he’ll take that and combine that with his work ethic and have a great offseason.” 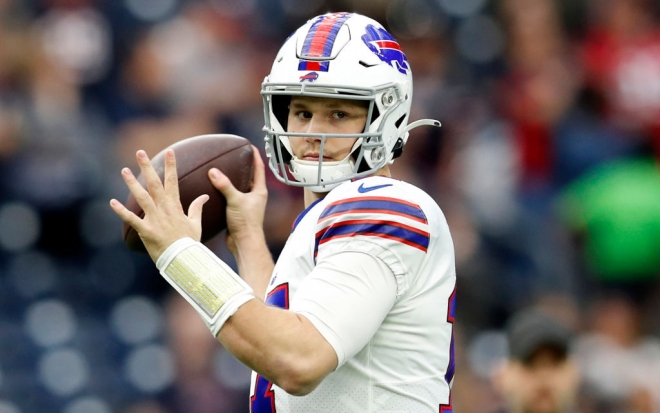 More on Allen: “It all comes back to Josh trying to do too much. That’s something he needs to handle and grow as he moves forward in his career. Awareness, maturity, understanding that I don’t have to do it all myself. I’m a tremendous generator, but I’ve got pieces around me. We have to give him pieces around him that he trusts in addition to the pieces we have.”

On the Bills’ lack of scoring: “Regardless of what you do or who you have, at end of day we have to be able to execute better than how the defense executes. That’s a one-liner there, and there are more details to that. We’ve got to score points. Everybody knows that. I know that. We’ve got to find an answer to do that.”

On potential coaching changes: “We’re going to continue to evaluate our whole football team. Right now, I don’t plan on any changes.”

On the running back distribution in the second half: "That’s the way the game and the play calls trended. It’s not good to have one back carry the ball every time. You like to have two backs that work together. … At the end of the day, we didn’t win the game, and that’s my responsibility.”

On the third-and-18: “We got too soft in there with underneath coverage. We have some young players and got too deep in the coverage. We played zone on third-and-18 as most teams would in that situation. We didn’t react as fast. … They made a play and we didn’t.”

On Duke Williams being active for the playoff game: “When you earn playing time, you play. I don’t care where you’re drafted, how much money you make and the players know that …

On why Williams wasn’t active in previous games: “It was somebody else who had earned it to that point. … It got to the point where it was trending (toward Williams) in practice leading up to the Jets game and the Jets game.

On Cole Beasley not getting the ball often in the playoff game: “That was one of our goals early on. They did some things to take him away. That’s another area where we needed to do a better job.”

On whether the Bills were playing for a field goal at the end of the first half by running: “We weren’t. That’s a series of calls there.”

Wide receiver Duke Williams sits on the bench by himself after the Texans beat the Bills at NRG Stadium in Houston on Jan. 4, 2020. (James P. McCoy/Buffalo News)