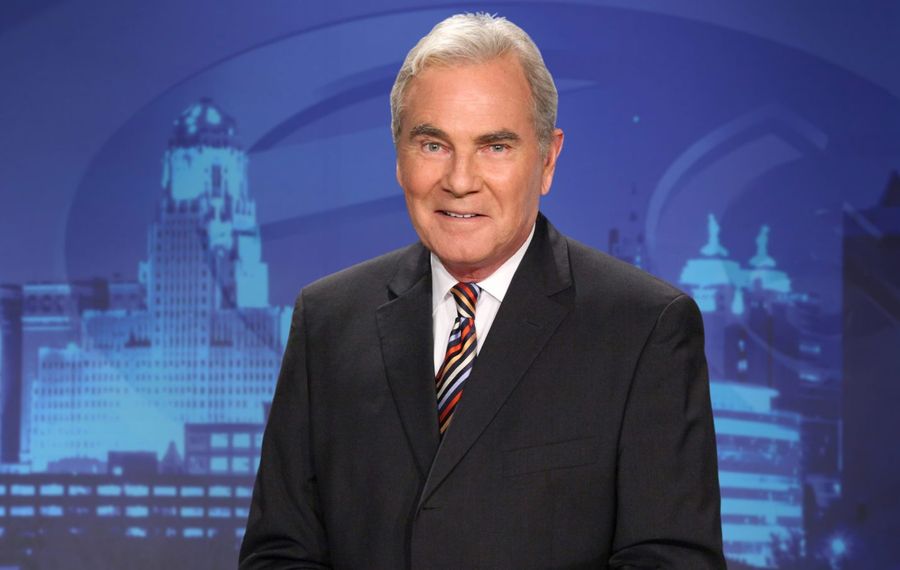 It seems like an annual WKBW-TV (Channel 7) event for anchor Keith Radford.

I’m not talking about announcing the ball drop for the new year with his co-anchor.

I’m referring to his future plans and delaying retirement.

Radford and Channel 7’s new general manager, Marc Jaromin, have confirmed that the veteran anchor has agreed to a new one-year deal to remain at the station.

“I’ve been going year-to-year recently,” wrote Radford. “Will this be it? I think so but who knows. Never say never.”

“Over a distinguished news career, Keith Radford has earned the trust and respect of the WKBW newsroom and the Buffalo community,” wrote Jaromin in an email. “We are thrilled that Keith has decided to extend his commitment with 7 Eyewitness News through 2020.”

Radford said in September that he expected a new deal to happen, but that was before Jaromin replaced Michael Nurse as the station’s general manager.

With so many young reporters and behind-the-scenes personnel at WKBW, it is a good idea for the station to keep a veteran like Radford around to mentor them.

Radford, who is a 2015 member of the Buffalo Broadcasters Hall of Fame, recently turned 68.

A native of Windsor, Ont., who became an American citizen in 1989, Radford joined Channel 7 from a Salt Lake City, Utah, station in 1987 and has been anchoring here ever since through the station’s highs and lows.

A year ago, he said he considered himself fortunate to continue working and added if he stayed 31 years, it “would be about as long as Irv (Weinstein) and Tom (Jolls).”

He's now been at WKBW more than 32 years. Mission accomplished.

Meanwhile, “AM Buffalo” viewers will have noticed a change in the morning lifestyles program as multimedia journalist and co-host Courtney Corbetta has left after almost three years.

“Courtney was extended an offer to continue to host but made the personal choice to advance her career in another direction,” wrote Jaromin.

Corbetta’s departure has led to speculation that the program is being revamped.

“I wouldn’t say 'AM Buffalo' is being revamped, but you will see a few changes in show format and engagement style in the next few weeks,” wrote Jaromin.