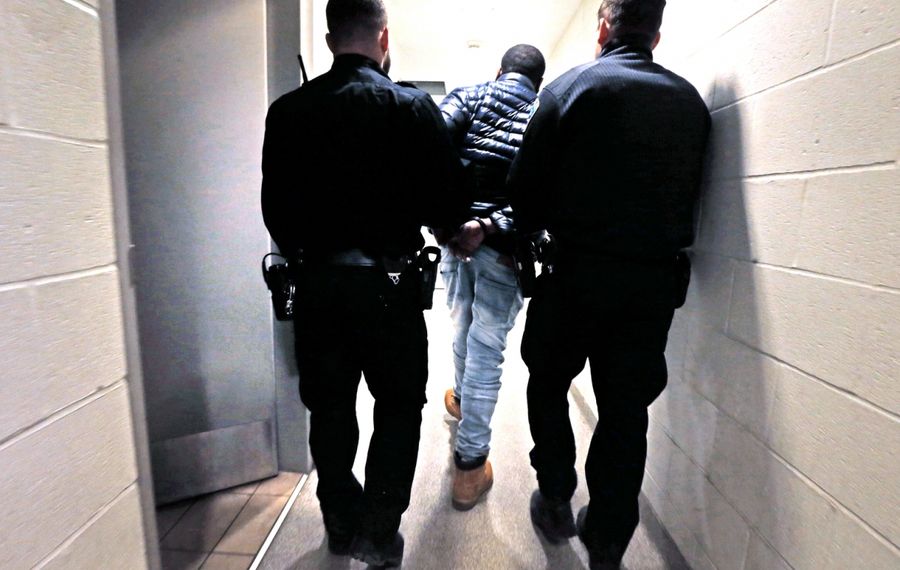 ALBANY – Democrats in the State Legislature are sharply divided along largely liberal-versus-moderate lines over whether to undo parts of a controversial new law limiting the use of cash bail in most criminal cases in New York State.

With headline-grabbing accounts of potentially dangerous individuals getting released from jail under the new statute popping up across the state, a number of Democrats who voted for the criminal code changes are suddenly opening up avenues to alter the law.

Just how far any such changes might go, or when they might happen, is anyone’s guess, but a sense of urgency appears to be growing in advance of the Legislature’s return Wednesday to Albany for the start of the 2020 session.

On Monday, in a speech before a Manhattan business group, Cuomo said the law’s goal – not having the bail system be driven by who can afford to pay the tab to get released from jail – is sound.

But, without offering specifics, he said, “there’s no double this is still a work in progress” and that changes have to be made because “there are consequences that we have to adjust for.’’

He was responding to a question from a Manhattan real estate executive about a spate of anti-Semitic attacks in recent weeks and months. Those attacks are pushing other officials to also look at altering the bail law to specifically address hate crimes.

But a number of lawmakers, especially those in suburban New York City and upstate districts, are pressing for bail law changes that could go beyond the hate crimes issue to also bring back some level of judicial discretion in certain criminal cases.

“I think bail reform needs some changes. I think we need to bring the attorney general, governor’s office and both houses of the Legislature to the table to discuss those changes that are necessary,’’ said Sen. Neil Breslin, an Albany County Democrat who was among those voting for the bail measure last year in the first year of all-Democratic control of the state government.

“I would hope that we do this immediately," he said.

But other Democrats have a simple response: Slow down.

Sen. Michael Gianaris, a Queens Democrat who is the deputy majority leader, noted that Harvey Weinstein, the disgraced film producer, could afford the bail to keep him out of prison in advance of his criminal trial on sexual assault charges that began in Manhattan Monday. Critics say low-income defendants have been forced to remain for many months in jail waiting for the jammed court system to take up their cases.

“The only thing we have done is that the system is not discriminating against the poor and making sure there’s equity in the criminal justice system," Gianaris said. "For every case that is sensationalized, there are now dozens of individuals accused of low-level crimes who are home with their families and get to keep their jobs."

The Senate deputy leader accused critics of the law of “fear-mongering." Asked about possible changes, he said, “This law has been in effect 6 days. Let’s give it a chance to work before we start passing changes (based on) judgmental anecdotes."

Sen. Tim Kennedy, a Buffalo Democrat, noted the case that helped push the bail law changes. Kaleif Bowder, a teenager arrested in the Bronx in 2010, spent three years in jail awaiting trial – on charges later dropped – because his family couldn’t afford the $3,000 bail. Kennedy, like other Democrats, praised the new law’s mission but said, like any new law, he is “open to changes that need to be made to prioritize public safety."

Republicans are employing a daily barrage – using everything from social media to press briefings – to bash the Democratic policy.

“I urge my colleagues to amend these recently enacted changes to ensure our communities are safe," Sen. Patrick Gallivan, an Elma Republican and former Erie County Sheriff, wrote on his website pointing constituents to an online petition to amend the bail law.

As of New Year’s Day, there were 425 pre-trial detainees in the Erie County Holding Center in Buffalo, a 20% decrease from Dec. 1, according to the Erie County District Attorney’s Office.

On Dec. 24, 18-year-old Christian McCaffrey of Amherst was arraigned before Amherst Town Justice Kara Buscaglia on a single count of second-degree aggravated harassment as a hate crime, a class E felony, the lowest kind of felony. Under the new bail reform laws, judges can no longer impose cash bail for most misdemeanors and non-violent felonies.

Prosecutors said McCaffrey had "engaged in a months long campaign of harassment directed towards the victim who is Jewish."

"Pursuant to the new bail statutes, the defendant was released on his own recognizance," according to a statement from the Erie County District Attorney's Office.

Attorney General Letitia James, a Democrat, on Saturday became the latest top state official to say the new bail law needs to be amended in remarks she made to reporters in Rochester. James, however, did not offer any specifics.

For several months leading up to the Jan. 1 implementation of the bail law, a steady stream of critics – from police and district attorneys to Republican state lawmakers – denounced the effort as an ill-advised and potentially dangerous policy change by Democrats who control both state legislative chambers and the governor’s office.

It’s a bit of a tightrope for the Senate Democratic conference. A number of downstate Democrats are facing primary challenges later this year from candidates who will be trying to run even further to the political left than the incumbents. Meanwhile, more moderate lawmakers will be facing general election GOP candidates from their right who will be running, in part, on a theme that the Democrats are soft on crime.