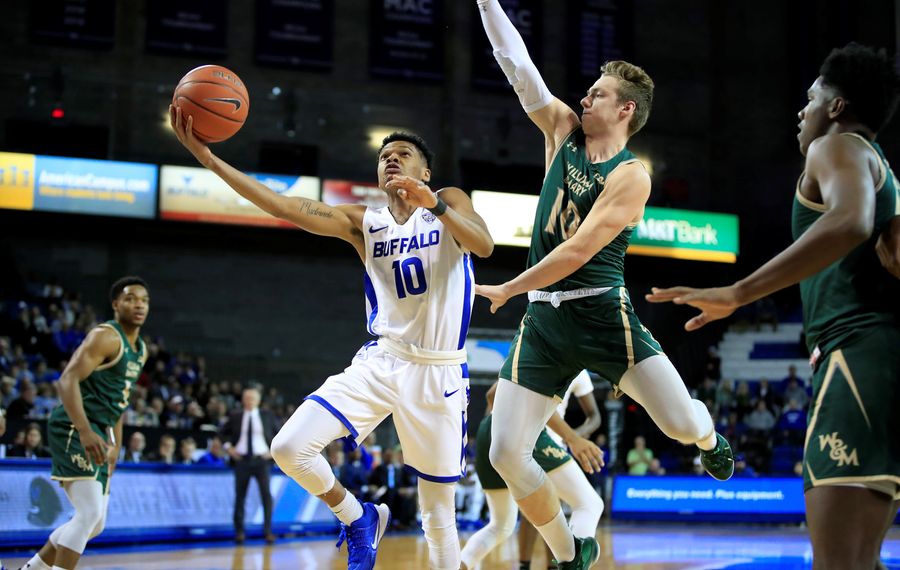 Off to a 0-1 start in defense of its Mid-American Conference title, the University at Buffalo men’s basketball team faces another challenge at 7 p.m. Tuesday night against Ball State in Muncie, Ind.

The Cardinals (8-6) opened their MAC schedule with a 61-57 home victory over Toledo on Friday. Ball State was favored in the game. Toledo is the favorite to win the MAC West Division according to preseason MAC coaches’ poll.

It was the sixth time in the last seven meetings that Ball State has defeated Toledo.

Ishmael El-Amin led Ball State with 17 points and a career-high nine rebounds in the win Friday over Toledo. A junior from Minneapolis, El-Amin is the son of former University of Connecticut and NBA player Khalid El-Amin, now a television commentator on the CBS Sports Network.

UB has won the last three meetings over Ball State, including an 82-59 win at Alumni Arena last season. El-Amin did not play because of an injury. UB leads the all-time series between the schools, 16-15. That includes a 9-5 mark in Muncie.

Sophomore Jeenathan Williams had 17 points to lead UB scoring in the loss to Northern Illinois.

After Tuesday night, UB will take on two MAC East Division opponents. On Saturday, the Bulls will play Miami at 7 p.m. in Millett Hall in Oxford, Ohio. The Bulls swept both games against Miami last season.

Next Tuesday, UB will be home against Ohio at 7 p.m. The Bulls routed the Bobcats, 114-67, at Alumni Arena last season but had a more difficult time in an 82-79 win in Athens, Ohio, later in the season.