Buck up, Buffalonians: one of the best wing places ever has taken flight to the Northtowns.

Bar-Bill North is now open for lunch at 8326 Main St. in Clarence. If you go, be patient during its shakedown cruise.

Owner Clark Crook bought the Clarence property on Nov. 2017, but it took a bit longer than he expected to open. The renovations merged a modern expansion and kitchen facilities with the 250-year-old foundations of the structure that was surrounded with train cars as the Old Red Mill.

The addition of a patio room with doors that open to the breeze, a second-story seasonal deck and more seating has increased its capacity to about 150, about twice as large as the East Aurora original. A large parking lot behind the building can handle quite a fleet.

Inside, original brick was saved, and mortar matched, Crook said, to make the additions seamless. Some of the original door sills are still in place, rutted and smooth from generations of patrons.

Old carpets were lifted to expose pale floors made out of original planks. They are about one and a half inches thick, and appear to be historic heart pine.

There won't be takeout orders for now, Crook said, until the kitchen staff and servers get a sense of the flow. "We're not doing takeout probably for a month, I would think, until we get an idea of what our run rate is," Crook said. "So I was just trying to keep a little under the radar. Hopefully the first week, you know, let the dust settle." 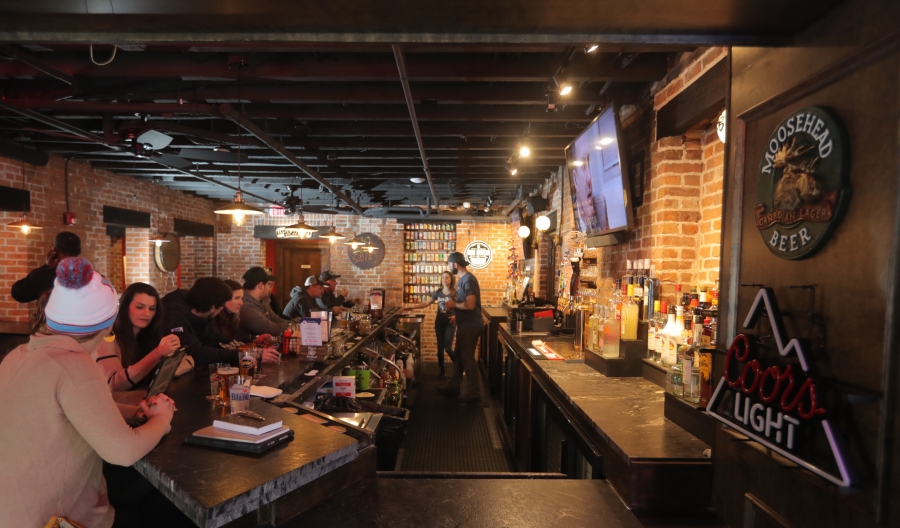 At Bar-Bill's East Aurora headquarters (185 Main St.), crispy chicken digits carefully painted with sauce and arranged like an Albright-Knox exhibit has thrilled generations, and the beef on weck has its own fans.

The perpetually crowded original grew out of a cozy tavern cultivating regulars with a mug club, and wings handled with care instead of being tossed in cauldrons of sauce. It's a stop on most serious wing tours.

At the new Clarence location, most of the first floor was full within an hour of opening, on a Monday in January no less. 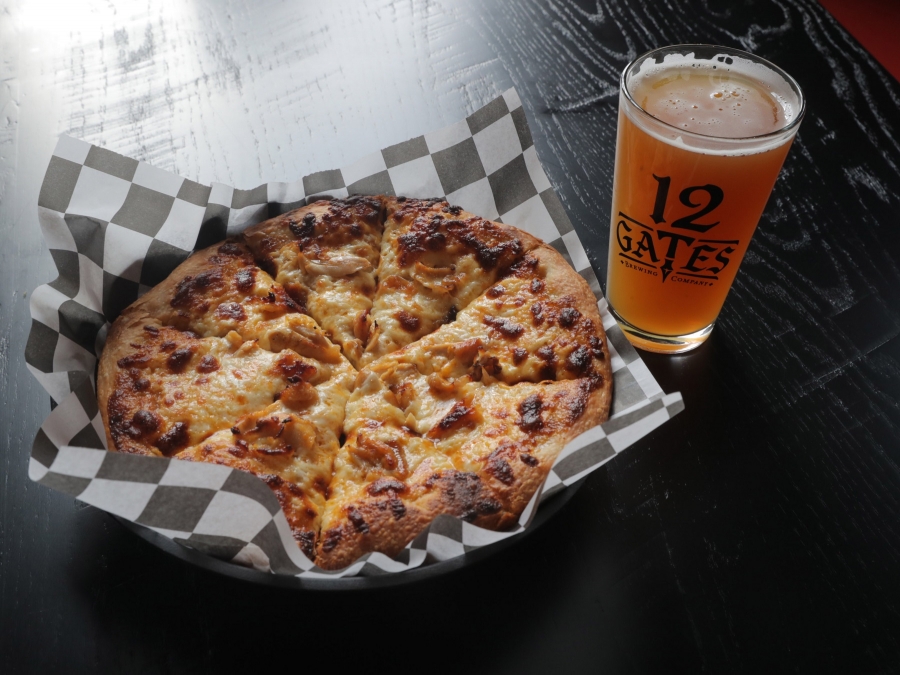 The menu of wings and beef on weck has made the journey. So has the chicken wing pizza ($9.95), which is topped with meat pulled off dressed chicken wings, not breaded chopped chicken fingers. The draft beer lineup includes two custom brews, an India Pale Ale from 12 Gates Brewing, and a lager produced by Ellicottville Brewing Co.

There's also a nook of T-shirts and other merchandise so tourists can take a nonperishable reminder home.

A regular at the original Bar-Bill walked in, took a look around, and asked Crook, "no ATM?"

Crook shook his head. That's one thing Bar-Bill North has that the original doesn't: a credit card machine so customers can pay with plastic.