Five months ago, Niagara Falls attorney Paul K. Barr had a tough decision to make as he prepared to record a radio advertisement inviting clients to file lawsuits against molesters under the state’s Child Victims Act.

Barr kept asking himself if the commercial should mention that he, too, was allegedly molested by a priest in 1980.

He decided that it should.

The ad goes on to tell the story of how the Rev. Michael R. Freeman allegedly molested him at a Niagara Falls church. “I was a victim,” the ad continues. “I know what it’s like and I will take your call.”

Now that the commercial has been running for three months in Buffalo, New York City and in several other states, Barr said he is at peace with his decision to let radio listeners in on one of the most traumatic incidents of his life.

“I’m a lawyer, I’m a businessman and I have a law office,” Barr said in a recent interview. “I was also a victim of a molester. It’s a fair question to ask whether it's appropriate to use my experiences as a crime victim to get more business. I wrestled with that question for quite awhile before I did this.” 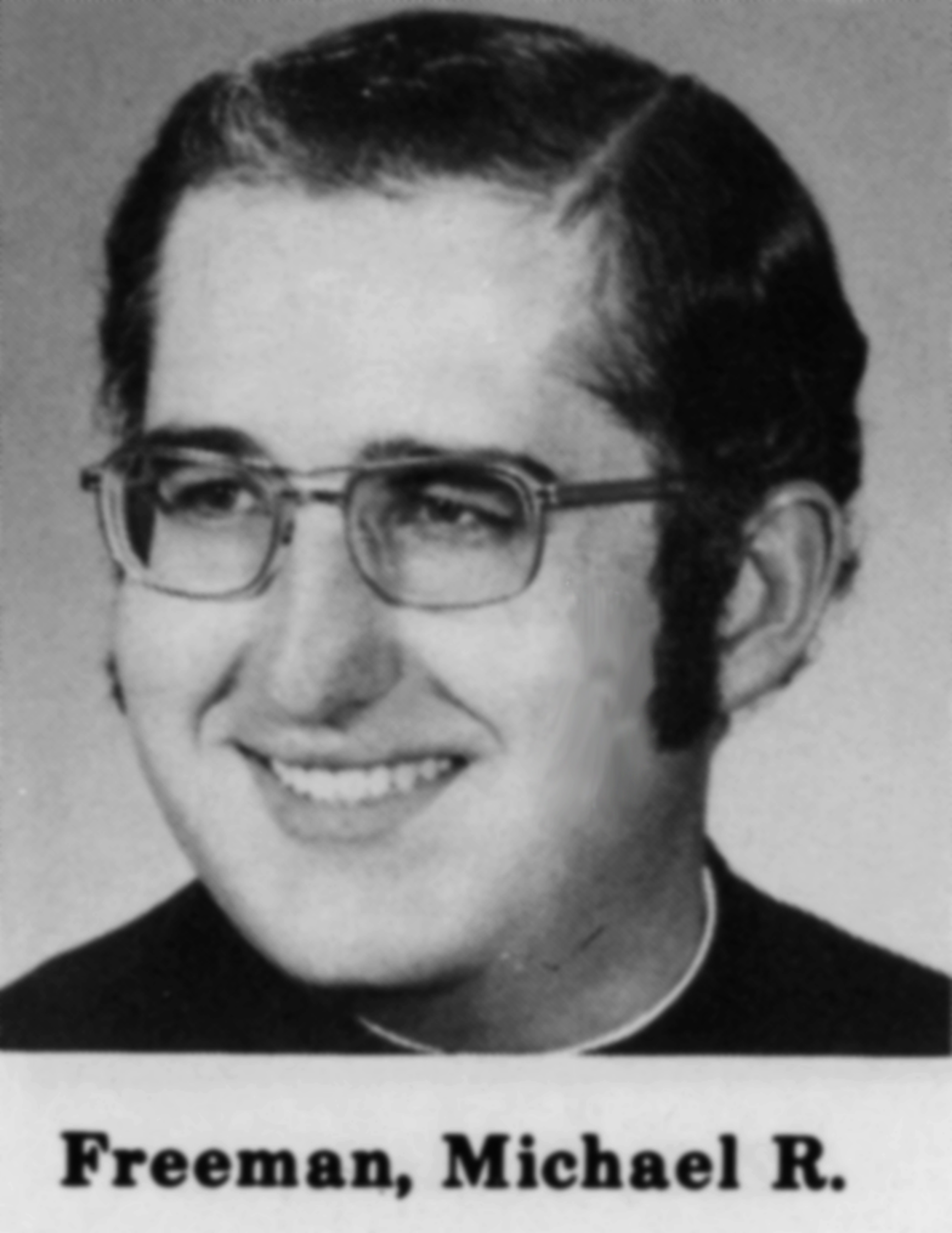 Last year, the diocese identified Freeman as a priest who had been credibly accused of molesting children.

Freeman has been accused in lawsuits of molesting six other youths from Western New York. One accuser charged that Freeman pointed a gun to his head while abusing him as a teenager.

Barr said his teenage nightmare makes him well-equipped to help other victims pursue justice in the courts.

“I’ve had at least 90 calls from victims in Western New York, and more than 300 from other places, including Syracuse, Albany, New York City, California and Hawaii,” Barr told The Buffalo News on Thursday. “Many of these people asked to speak directly with me, and many of them told me that the reason they called is that they felt more comfortable talking to someone who was also a victim.”

So far, according to court records, Barr and attorneys working with him have filed eight local lawsuits under the Child Victims Act. As a direct result of the commercial, Barr said there are "at least 50" more cases in the works locally.

The cases are being handled by the Niagara Falls law firm he runs with partner Andrew Fanizzi. Their firm has also partnered with a larger New York City firm, Phillips & Paolicelli.

Barr said he was especially moved by a call he got in September from a Niagara County man who said he was molested by a priest more than 30 years ago and decided to take legal action after hearing Barr’s commercial.

“I’ve never told anyone about this, including my own wife, my children and my parents,” Barr quoted the man as saying. “I heard your commercial. … I believe you can understand how I feel.”

Barr, 55, said he’s had “quite a few calls” from others who kept their abuse a secret for decades and were touched by a commercial featuring a fellow survivor.

“I’ve shed tears with some of these people who called me,” Barr said. “I have no regrets about the commercial. In a way, I feel like I am taking the lemons of my life and turning them into lemonade. I’m taking one of the worst experiences that I’ve ever had and using it as a vehicle to help other victims.”

While Barr, a former Niagara Falls firefighter, files cases for his clients, he also pursues his own lawsuit, which he filed in April against the Buffalo Catholic Diocese.

The lawsuit accuses Freeman, a priest who died in 2010, of molesting Barr at Sacred Heart Church in Niagara Falls.

Freeman befriended Barr after presiding over his confirmation, the lawsuit alleges. The suit accuses the priest of molesting Barr after trying to recruit him for a leadership role in a youth program at Sacred Heart.

After he was molested, Barr told his mother about the incident, but she urged him not to reported it to anyone, the lawsuit alleges. He did report it to the diocese about three years later, but the diocese never got back to him after that, Barr alleges in the suit.

Diocesan attorneys Terrence M. Connors and Randall D. White asked a judge last month to dismiss the lawsuit, stating that the diocese was unaware of Freeman’s alleged misconduct with Barr.

Barr said many people have been “very supportive” of his decision to bare his soul in a commercial.

"This has been difficult for me because I love the church," Barr said. "There has been a little pushback from a few people who support Freeman."

Every attorney has to decide how much of his or her personal life to reveal in a commercial, said Amherst attorney Chris O'Brien, who is both a friend and business competitor of Barr.

“I like Paul. He’s a man of good character and I have no doubt that his heart is in the right place,” O'Brien told The News. "I would only say that an attorney doesn't need to be a victim of sexual abuse to be a compassionate and effective advocate for victims, just as a nurse doesn’t need to suffer from cancer to help cancer patients.”