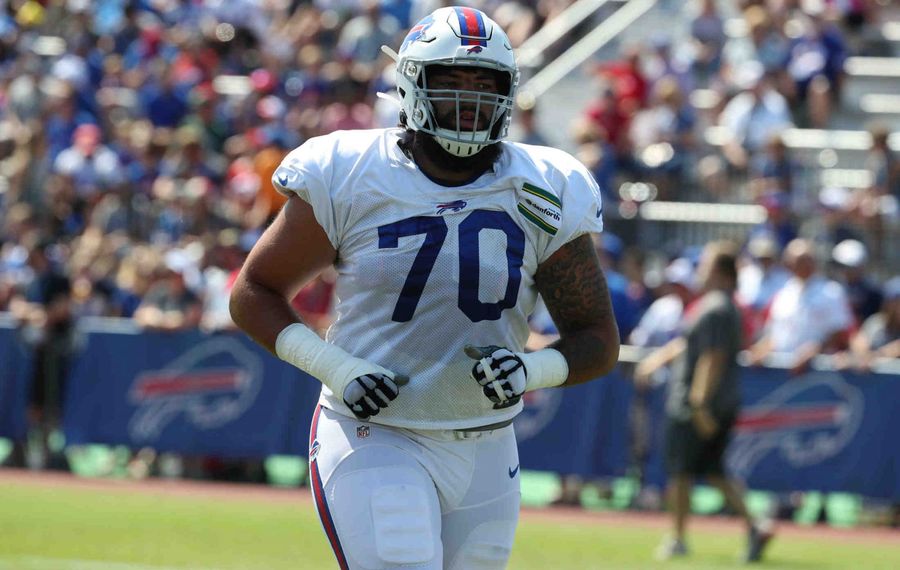 Bills rookie offensive tackle Cody Ford said that fans told him to "kill yourself" after the team's loss to the Houston Texans in an AFC wild-card game.

Ford was called for an illegal blindside block in overtime that scuttled the Bills' lone offensive series of the extra period.

Wrote wrote on Twitter, "I get told, 'you suck,' 'you should quit football, 'you're a disgrace,' etc. ... and that's cool. But to tell me to 'kill myself,' that's not cool at all. I play every game and every play with the same love and passion when I first started this game. To the fans who truly support me. Thank you from the bottom of my heart. To my family and loved ones who have supported me from Day 1 I thank you the most."

#BillsMafia you were so amazing all year. This team can feel your energy every game. I love this team and what we have. We’ll be back🤞🏽.

On the play, Allen was scrambling to the right sideline and ran for 4 yards, producing what would have been a fourth-and-5 play from the Houston 38.

The NFL’s blindside block rule reads: “It is now prohibited for a blocker to initiate forcible contact with his head, shoulder or forearm when his path is toward or parallel to his own end line.”

By the letter of the law, it probably was a penalty, although some NFL observers, including former Giants lineman Shaun O’Hara disagreed, on social media.

I’m sorry but that CAN’T BE a Penalty on Cody Ford for a Blindside Block!! What the hell is going on here!! I understand the Spirit of the rule & the BLOCKS we are trying to ELIMINATE. That’s not one of them! #BUFvsHOU

“In the moment, yeah,” he said. “We practice that every day and every chance we get, so it all comes down to me. ... It wasn’t like I had a vengeance for him or anything. I was honestly just trying to make the play. I was focused on the fundamentals because we practice that stuff.”

Enough people have asked about the blindside block that I feel I need to give my opinion. I think the call is incorrect. He doesn't lead with his shoulder or head. He pushes him. It is a bad rule and I will give my suggested rule change on Last Call Monday at 11am PST.