As we enter 2020, a group of concerned parents with students in the Buffalo Public Schools system is suing the district, believing the state mandate to provide music and arts courses to children is being violated.

This story frames the decade’s end better than any other, for “violation” seems to be the watchword of our era.

It seems troublingly fitting that a city brimming with artistic and musical potential, in keeping with a nationally under-reported history as an arts hub, is underfunding the futures of the students who might provide the coming decade’s definitive artistic statements.

There should be a sense of shame and a feeling of failure associated with this. If we’re being honest, there is.

But dualism is as dependable as death and taxes, and so, even as we see so much slipping away, we can look back at the decade that was – an arbitrary demarcation of time, yes, but it can’t be denied that momentous activity seems to occur in these 10-year cycles – and find much to celebrate beyond that fact that it's finally over.

As 2019 wound down, I began digging into my own back pages for a view of what was concerning me, as a reporter on music and the arts in the region, at various points throughout the decade.

In many cases, I found the troubling issues we faced in the early years of the past decade have been at least partially resolved.

In other cases, well, not so much.

In the middle years of the last decade, I witnessed firsthand the depth of our regional music-educator pool, in both the classroom and extracurricular environments.

My son, who was granted an incredibly solid musical base through private teachers in the area, became obsessed with the idea of attending the Buffalo Academy for Visual & Performing Arts. That our address missed the geographical cutoff point for the Buffalo school district by a few miles did nothing to dissuade him. He auditioned, made it and bid farewell to Amherst High School and its strong music program. Since we live outside the district, we paid tuition for him to attend and provided daily transportation. Happily, I might add, though none of this was particularly easy.

Our son flourished at Buffalo Academy for Visual & Performing Arts, and with the help of teachers there, graduated a year early to take advantage of the full scholarship he won at the Berklee College of Music in Boston. The Buffalo music scene, our pool of deeply talented educators and a music education community that was struggling but intent on survival, gave my son wings. There should be a thousand stories like this one in Buffalo. At least.

President Trump's proposed 2020 federal education budget again specifically targets arts education and, if approved, will make matters worse for music programs in Buffalo public schools. Under the heading “Programs Proposed for Elimination,” the budget has “Arts in Education” program squarely in its sights.

“This program supports arts education projects and programs for children and youth, with special emphasis on serving students from low-income families and students with disabilities,” the proposed budget reads. “Arts in Education has limited impact and funds activities that are more appropriately supported with other Federal, State, local, and private funds.”

Limited impact? Not in Buffalo.

My kid greatly benefited from music and arts programs in Buffalo and Buffalo-area schools. If your kids are still in the system, you should make sure your voice is heard. The data is not contested – music education aids in a child’s development at every stage.

In a column published on Christmas in 2013, I noted the local music scene was moving from despair toward a cautious optimism, even in the wake of Mohawk Place closing and the resulting despair among musicians and patrons who’d called the downtown club home for a decade or more.

I noted the immediate success of the then-just-opened Iron Works on Illinois Street, and noted the “action around Canalside became impossible to ignore even after the seasonal outdoor concerts at both Canalside and the outer harbor had run their course. New builds of the magnitude we’re seeing ... can only be perceived as positive for a music scene that thrives on an influx of new blood.”

In the time since, Mohawk Place has reopened under new management and has built a scene of its own that has broad appeal for music lovers in the 20- to 40-year-old range, Iron Works has become a staple of the area’s live music diet, and 107.7 FM Alternative Buffalo has become a major force in both radio and live music, with its yearly Kerfuffle and Kerfuffle Before Christmas festivals bringing hosts of younger alt and indie artists to town, and helping to make Buffalo much more attractive to artists, agents and promoters who previously thought twice about including our area in their touring plans due to the lack of radio support.

All of these developments, particularly when considered along with the expansion of the Sportsmen's Tavern footprint, the continued success of Asbury Hall and the 9th Ward, and the opening of the Rec Room on Chippewa Street, are wholly positive ones, and speak of a club scene that is scaling heights not seen since the '80s. 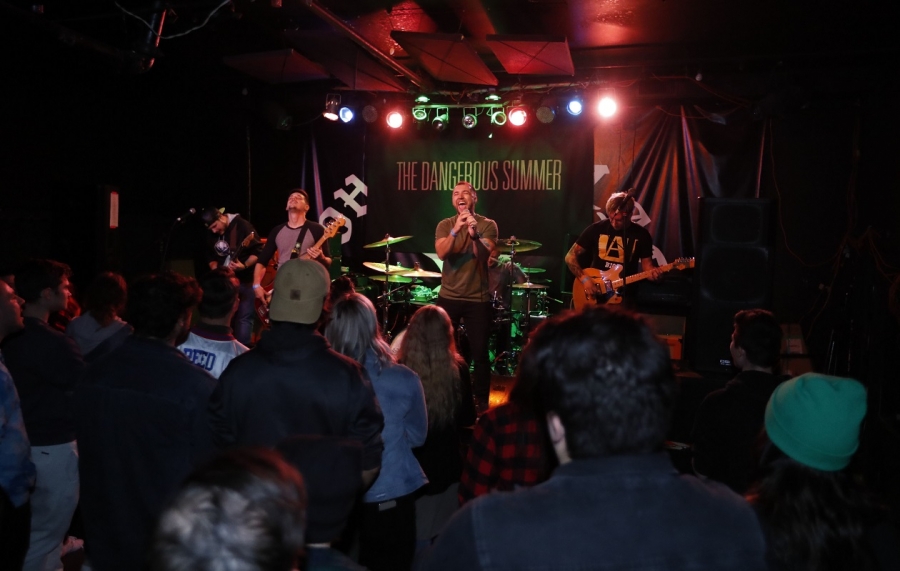 Mohawk Place has reopened under new management and has built a scene of its own that has broad appeal for music lovers in the 20- to 40-year-old range. (Sharon Cantillon/News file photo)

Absolutely free? Not so much

Free concerts, a perk of the summer concert scene we pretty much took for granted as the decade began, went the way all such things eventually go. As more and more people began attending the shows at Canalside, Artpark, in Tonawanda and, briefly, in Lockport, bigger acts with higher price tags became the expected fare.

As the decade progressed, free concerts became the exception rather than the rule. The downside: more money was needed in one’s personal summer concert budget. The upside? The abundance of choice.

By and large, we made steps toward transcending our secondary market status with some blockbuster shows at KeyBank Center and the return of concerts at New Era Field.

Pegula Sports and Entertainment took over both the Buffalo Sabres and the downtown arena in 2011, and three years later, did the same with the Buffalo Bills and the former Ralph Wilson Stadium. First Niagara Center became KeyBank Center in 2016, and major promoters like Live Nation started booking some of the bigger mainstream pop acts there.

During the past decade, our arena hosted the first-ever Buffalo performance by a Beatle when Paul McCartney blew all of our minds with an October 2015 marathon show. The likes of Lady Gaga, Roger Waters, Rush, Justin Timberlake and Bruno Mars all made it to Buffalo over the past 10 years. Sure, we still missed some of the biggest tours during that same time.

Perhaps more noteworthy has been the gradual reawakening of the Bills' stadium as a concert destination. Over the past decade, the venue hosted shows from Dave Matthews Band, the Rolling Stones, One Direction, Guns n’ Roses, U2 and the Jay-Z/Beyonce double-bill.

Bookings for Billy Joel and Def Leppard/Motley Crue/Poison/Joan Jett and the Blackhearts are already on the docket for summer 2020. It seems reasonable to expect an increase in concert activity at the stadium moving forward. 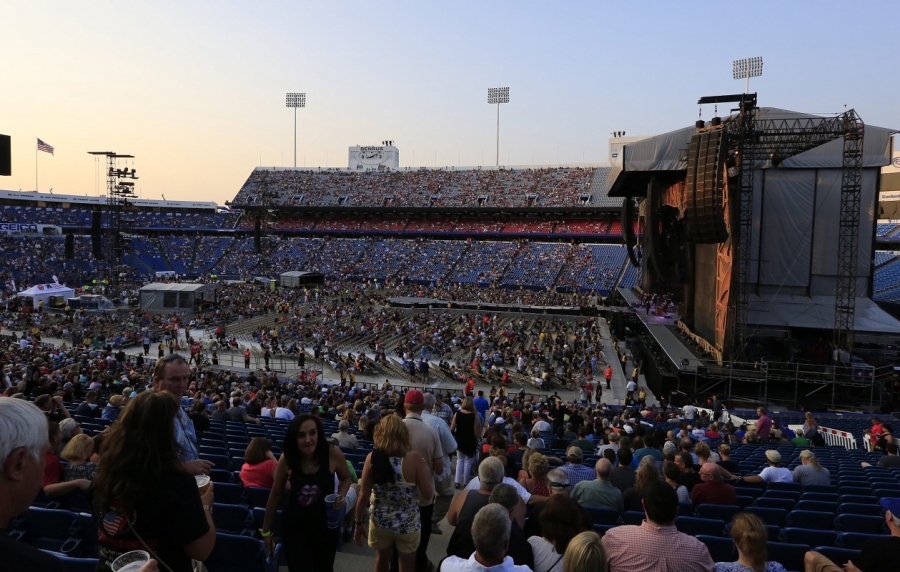 Streaming destroyed what was left of the old model music industry over the past decade. The “everything, all the time” nature of streaming services theoretically allowed more people to learn about and listen to music from throughout the history of recorded sound, but in practice, this often meant small artists stayed small while Taylor Swift and Beyonce got even bigger.

On the upside, the pervasive availability of music virtually anywhere in the world at any time, has incubated some interesting cross-pollination and multicultural mashups. This resulted in some incredibly interesting music being made far away from the mega-pop spotlight. So there is perhaps more interesting music being made in 2020 than at any time in history, but there’s so much of it that it becomes harder to find, and thus, is likely to stay underground.

There are a million sounds, but no single one that defines the age, no truly unifying music that might serve as a unifying force, as has often happened in the past.

What should we here in Buffalo take away from all of this information? Make it your New Year’s resolution to support live music in general, and local live music of all varieties in particular. Every story starts as a local one. We’ve got so many stories left to tell here.