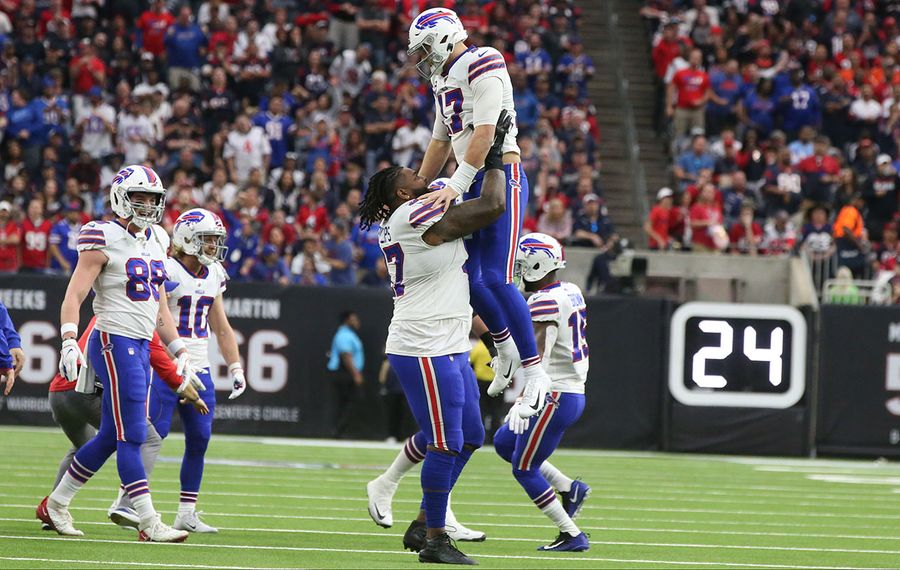 The Bills’ season has come to a disappointing end.

Ka’imi Fairbairn made a 28-yard field goal with 3:20 remaining in overtime as the Houston Texans beat the Bills, 22-19, Saturday.

Deshaun Watson, who put the Texans on his back, evaded a sack on second-and-6 from the Bills’ 44 and completed a pass to running back Taiwan Jones for 34 yards. That set up the winning field goal.

The Texans converted on a third-and-18 into the middle of the field to Duke Johnson and replay upheld the first down decision to keep the winning drive alive.

Trailing 19-16 after leading 16-0 at halftime, the Bills seemingly were out of the game when Josh Allen was called for intentional grounding with two minutes remaining and then was sacked on fourth down.

The Bills’ defense, which had allowed 19 unanswered points, answered by holding the Texans without a first down. Star Loutulelei and the Bills’ defensive front stopped Deshaun Watson on a keeper, giving the Bills the ball at midfield with 1:16 remaining.

Buffalo got a first down with 34 seconds remaining on a 10-yard pass to Cole Beasley. After three incompletion, Stephen Hauschka tied the game at 19 with a 47-yard field goal with five seconds remaining.

It is the first wild-card playoff game to reach overtime since Tim Tebow led the Denver Broncos to a 29-23 victory against the Pittsburgh Steelers in January 2012.

The Bills were able to put a drive together on their first possession and were inching closer to field-goal range when a personal foul penalty on rookie tackle Cody Ford pushed back the Bills into a third-and-24 play. The next pass was dropped, leading to a punt.

Houston got the first possession of overtime and was called for a penalty and then forced to punt with 13:26 left in the extra session.

Follow along with the action on the field through reports by our staff and select media accounts: