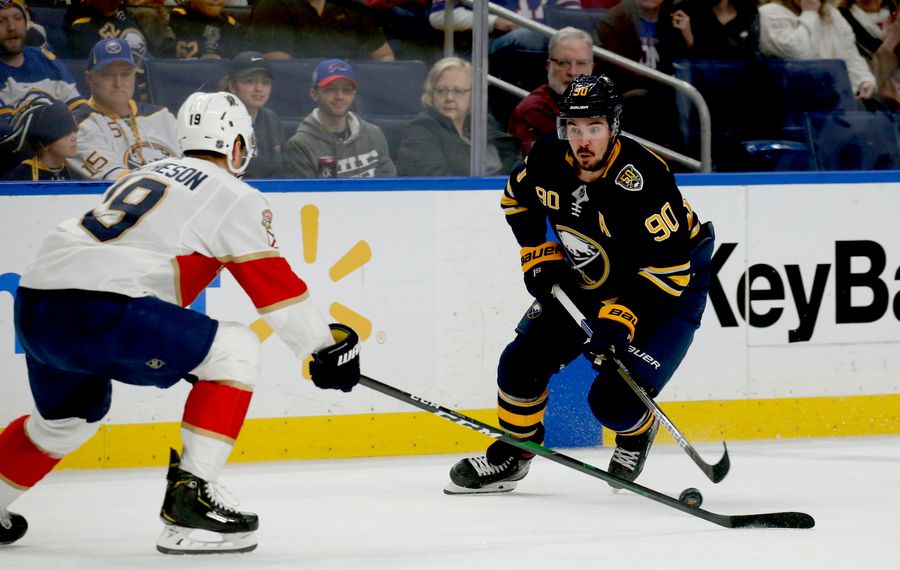 The Buffalo Sabres are in a dire spot with long-term injuries to Jeff Skinner and Victor Olofsson. Not much star power left on this club other than Jack Eichel. Let's not forget that Rasmus Dahlin is only 19.

For this team to stay afloat, guys are going to have to fill roles and step into bigger ones. Maybe even overachieve some. Sure sounds like 1997. Remember "The Hardest Working Team in Hockey?" Remember the 1998 Eastern Conference finalists? The 1999 group that came within two wins of a Stanley Cup?

So it was a pretty interesting intersection of past and present Saturday in KeyBank Center that it just happened to be '90s Day. The Sabres had to work ultra-hard to beat the Florida Panthers, 3-2. It was quite a collective effort to get to 3-0 on the season against a division rival and it spurred your memory bank.

The narrative that the '99 Cup finalists had a great goalie in Dominik Hasek and nothing else is pure folly. You don't get within two wins of a title – and a disputed overtime goal away from Game 7 – without a deep team.

Aside from Hasek, it's easy to forget that team had a 40-goal scorer (Miroslav Satan), a Selke-level captain (Michael Peca), four guys with at least 20 goals and eight guys with at least 10, as well as five defensemen who played at least 70 games.

"Having a group of guys that cares about nothing more than the group success more than any individual, that's what a great team is," Peca said before the game. "Sure, we weren't loaded with individual talent except for maybe Dom. We were a great team because we bought in and had the same vision what we wanted to do."

The Sabres are still working on that buy-in, but you see signs. They're 2-0 since the calendar hit 2020 and they've been in winning range for seven straight games since their disaster in Philadelphia the week before Christmas.

They won this game on special teams, where they've lost too many this season. Sam Reinhart rifled home a power-play goal and the penalty kill was 3 for 3. It killed off two big ones in the first period, the first ending just 15 seconds before Henri Jokiharju got the game's first goal. Linus Ullmark had a shutout for nearly 53 minutes while starting for the 13th time in 14 games. 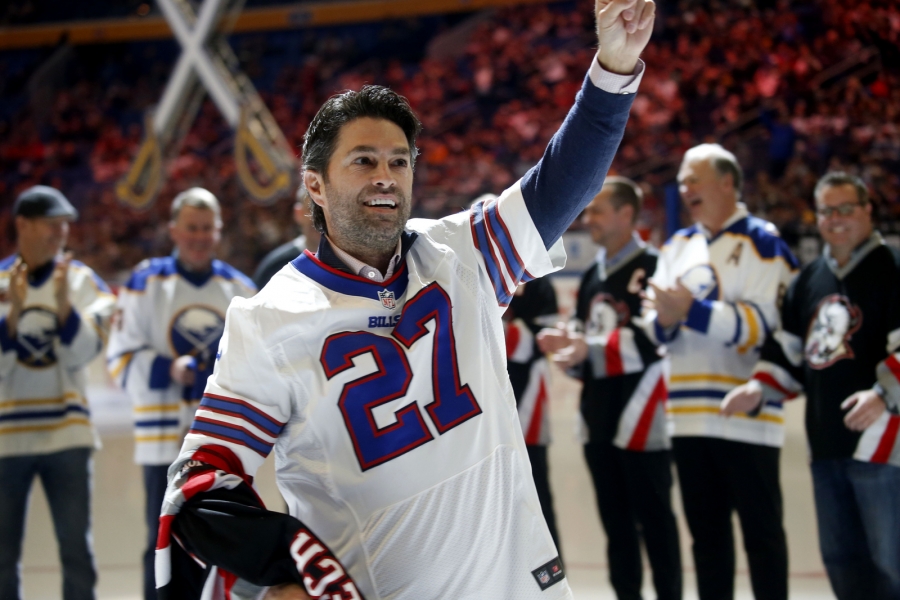 Coach Ralph Krueger said before the game he didn't sense his team was feeling sorry for itself in the wake of the injuries and that feeling proved true.

"We need to score by committee. We need others to step up," Krueger said. "That’s what good teams do and everybody deals with injuries in the National Hockey League, and the way you deal with them shows actually not only your character and your personality, but it also tests your depth, which is a healthy thing to do over and over again.

Reinhart now has goals in back-to-back games. Marcus Johansson is moving like he's fully healthy for the first time in weeks while Conor Sheary has goals in two of the last three games and is combining with Johansson to provide that badly needed secondary scoring.

The Sabres need to get more from the guys who are still here. Eichel has to get help from others.

"I wouldn't say play out of character as much as different roles can give you different ice time and more opportunity," Sheary said. "You don't want to get away from your game. Playing your game is what gets you in the lineup and what gets you where you are. Not changing much is probably more key."

There's no reason to change things in net. Ullmark is a clear No. 1 and he's a battler. The early penalty kills were huge in this one, as was Ullmark's save on All-Star Jonathan Huberdeau just before the Jokiharju goal.

"We do believe in our PK. We know that we've got to be game-changers out there," Ullmark said. "It was nice this was one of those games where we kept all the pucks out of the net."

Overall, it was a good day at the rink. The crowd was into things, clearly pumped up by its "pregame preparation" for the Bills game. There were goathead jerseys all over the crowd and the logo on the scoreboard. (A shame, really, the team didn't jump through the NHL hoops needed to wear goatheads in warmup.) Jim Lorentz came back to spend a period in the broadcast booth.

The '90s players were winners, with more postseason victories (44) than any other decade in franchise history. It wasn't remotely all Hasek.

"You can have a good team and a great goaltender and overachieve," said '90s defenseman Jay McKee. "You can have a great team, a weak goaltender and not live up to par. Maybe we didn't have a great hockey team but we had a great goaltender, a good D corps and forwards who found ways to chip on many nights. To say 'overachieve' is a tough word. We were made up the right way to do what we did."

"Actually, I disagree with Jay," Peca said. "I thought we were, in fact, a great team because a great team isn't always made up of great players. Look at the Rangers and Leafs through the '90s. Not the Cup year for the Rangers (1994). After that, they signed a lot of free agents and didn't achieve anything really. All that individual talent doesn't make a great team."

The current Sabres may be low on talent but this is a time for their fortitude to be tested. It would have been easy to be down in the mouth Saturday after the Olofsson news. Good sign that they weren't.

"Yeah, it’s adversity, but it’s a good time to see another type of adversity and fight our way through it," Krueger said. "And continue to cement our game because what we do now becomes that much more important when the individual skill is missing up front."