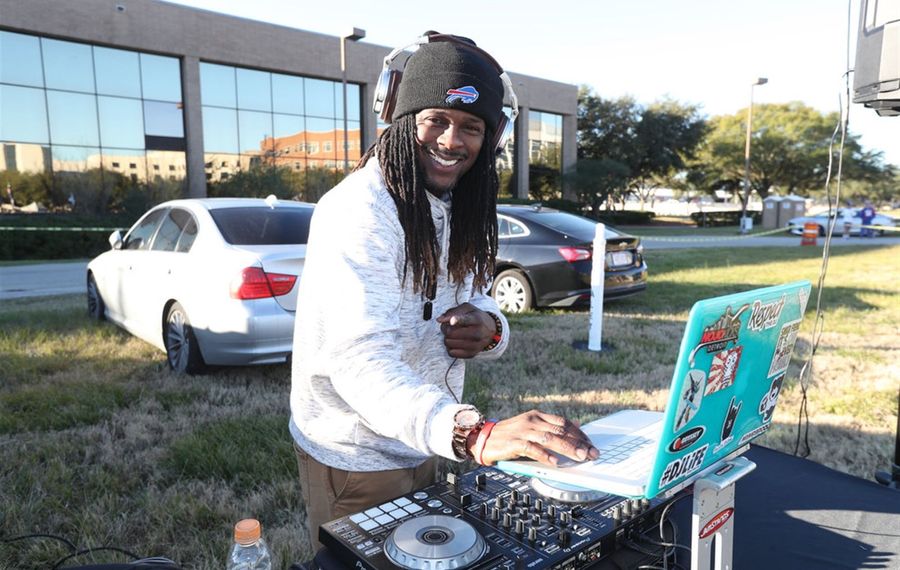 HOUSTON — The question was a last line. I had an early deadline for my column on the playoff game between the Buffalo Bills and the Houston Texans at NRG Stadium, and there would not be much time to write after it ended.

I wanted to figure out early who had the words to put an exclamation point on this one. Hundreds of thousands of Western New York residents, past or present, hoped the finale would make this uplifting point: The Bills would not only make a statement of ascension as a franchise, but they would also pull out a victory and move to a playoff level not seen in Buffalo for decades.

Throughout the week, many Texans loyalists I met around Houston said their team could be maddeningly frustrating to watch this season because the squad seemed to have such simmering potential. There had been a lot of disappointment, they said, yet when the Texans showed up, they showed up in force.

It took more than half the game, but that is essentially what happened.

[Vic Carucci: Bills find the 'billsiest' way to lose in overtime to Texans]

My initial plan was to leave the final message in my column to Hoyet Andrews, who also goes by DJ SoulStar. Andrews used to work as a lighting man at nightclubs, and then a friend inspired him to learn how to be a DJ. He eventually took a job at Christian’s Tailgate Bar & Grill in Houston, and he was handling a bingo night one Wednesday when a manager said to him:

Could you do the music for a bunch of Bills fans who come here on autumn Sundays?

Andrews said sure, though he felt absolutely no connection. “My dad and grandfather were Cowboys fans,” he told me, and he embraced the 49ers as a classic statement of little kid independence. At the start, to him, playing music for Bills fans was just a gig. 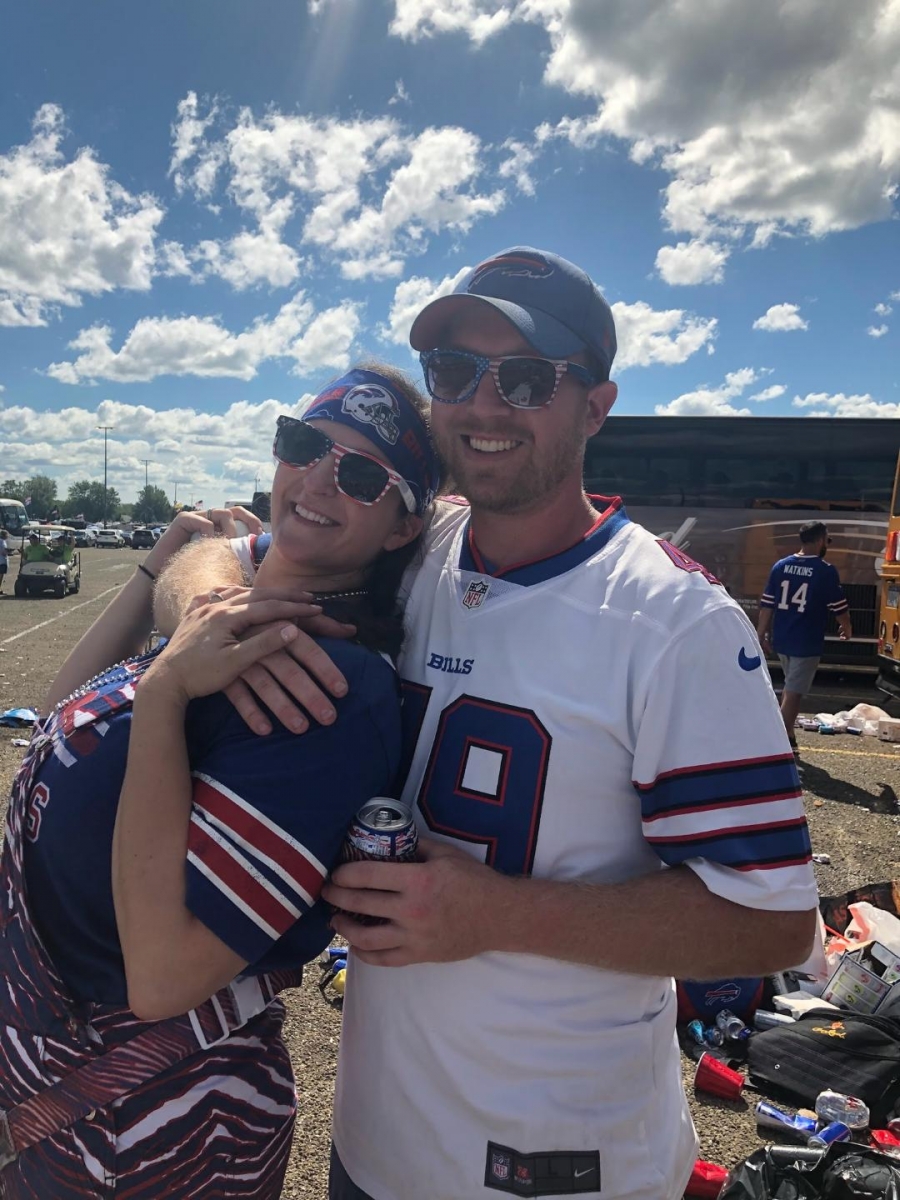 Seven years later, he is a man transformed. He often wears Bills colors, including red sneakers and a Bills cap with the classic standing bison. He knows the Goo Goo Dolls will light up the crowd and “never, ever to play Bon Jovi,” a hard lesson he learned when he tried it once and was roundly booed, unaware of franchise purchase proposals, pre-Terry Pegula.

He even traveled with some of his friends to a Bills opener at New Era Field, where he visited the raucous ketchup rituals at the Hammer lot, from whence no one comes back unchanged. Andrews arrived at a Buffalo understanding, which went straight into his art.

Music, he said, “can be a time machine that brings you back to something you felt before,” and in different ways he tries to do that for the crowd from Buffalo.

In short, he has absolutely bought into the Bills, and he understood the real meaning of Saturday’s game:

A lot of his Texas listeners left their Buffalo homes out of economic need. Beyond all the chants and bright colors and "Shout" songs, he knows the Bills are the engine that somehow brings them home, and a hard loss always turns into a much deeper kind of ache. 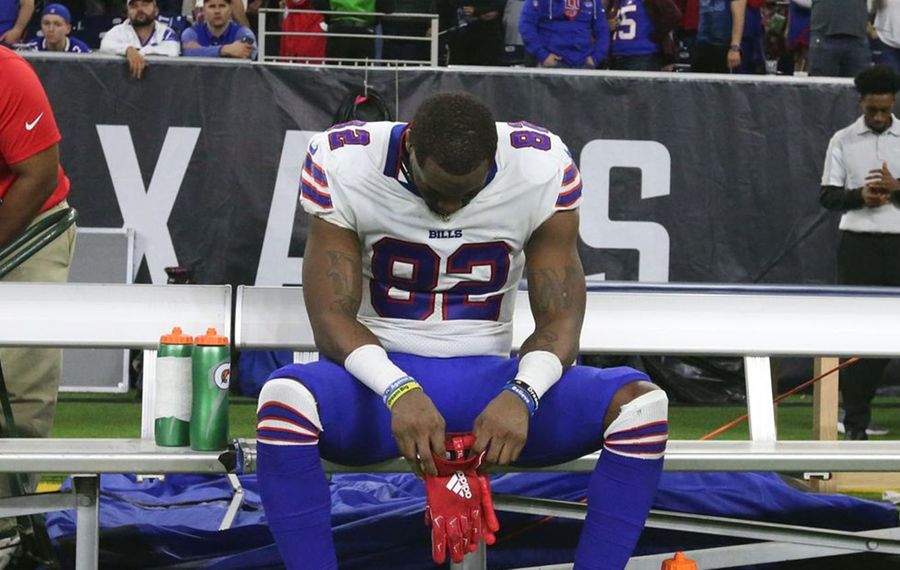 Before kickoff, he told me he already had his choices about what to play at Christian’s for a defeat or for a win, and I told him whichever song he revealed at the time would fit the mood and be a perfect ending to the column, win or lose.

That got complicated when I met Chris and Emily Pavlovich Kayne at a boisterous pregame tailgate party organized by the Houston Bills Backers. Andrews was also there, cranking up the music. He offered it for a sea of celebrants in Bills colors, most out in warm sunshine in bison-themed attire.

Only one, however, wore a bridal veil emblazoned with a Bills logo. That was Emily, who married Chris on Sept. 28. Every day, they go to jobs of quiet importance. Chris is a physical education teacher. Emily is a critical care nurse with cardiac patients at Buffalo General Medical Center. They do their work with passion and diligence.

Once they get home, they find their comfort in the Bills. For years, they owned a bus to carry friends to New Era Field. Chris proposed to Emily at a Bills game. On their wedding day, they had a Bills cake and and Chris wore a Bills jacket and they posed for wedding photos on the turf at the stadium.

Indeed, Emily said they received a call from a staffer at One Bills Drive asking them to be the backup couple in the unlikely chance Mackenzie Park and Jordan Binggeli — a Rochester couple selected by the Bills to be married in a halftime ceremony during the Sept. 29 Patriots game — ran into any problem with doing it.

The Kaynes get a charge out of calling themselves the backup couple – sort of the Frank Reich of Bills stadium weddings – and they remain 100% committed to the team. 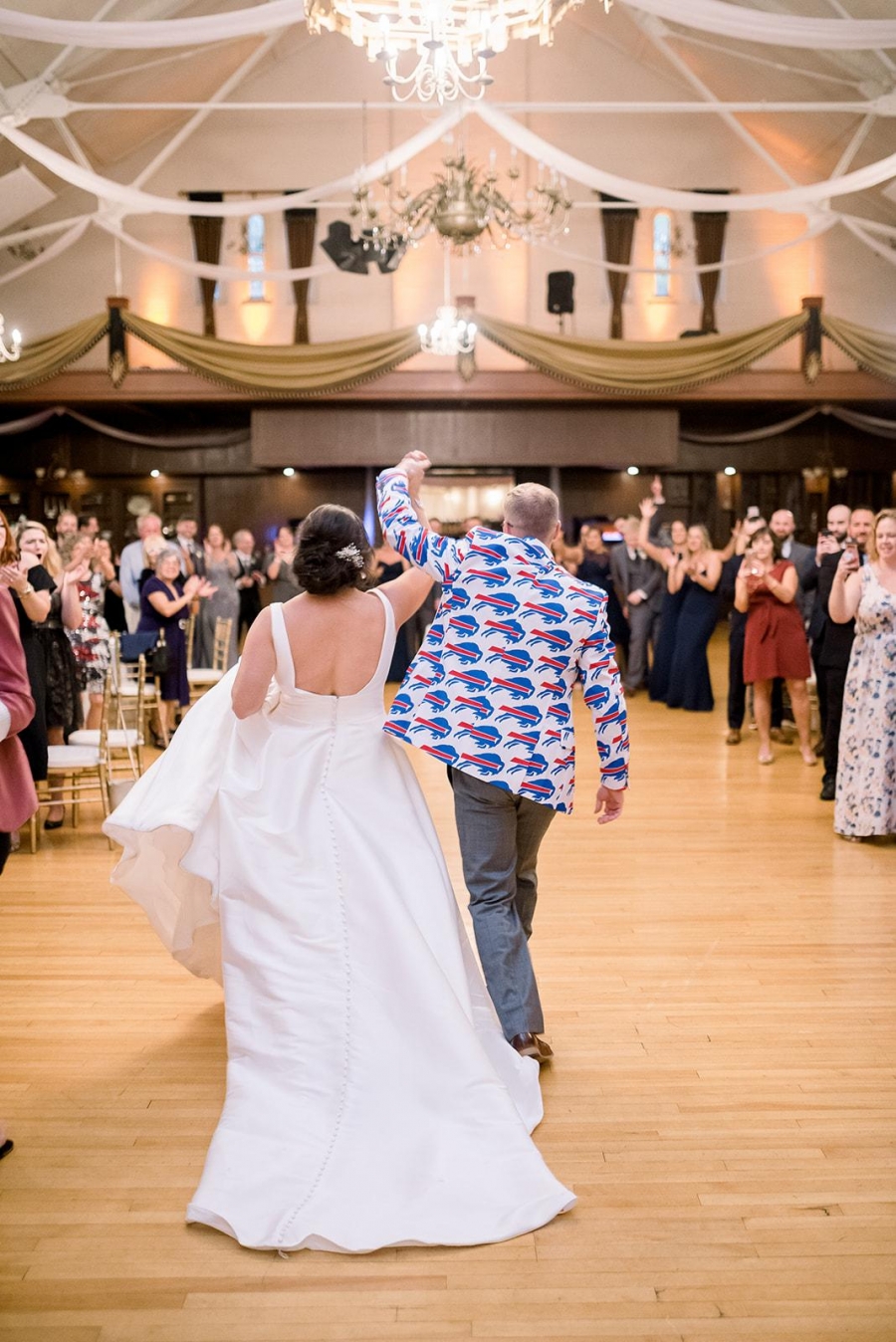 Emily and Chris Kayne, on their wedding day at Tonawanda Castle. (Family photo)

The reason they went to Houston, they told me, was because their honeymoon consisted of a shared promise to attend every Bills away game after their wedding in the 2019 season, and Saturday marked the seventh trip they made.

“When we come, we come hard,” Emily said, before she delivered a prediction that would have been the perfect closing line if the Bills won:

“The honeymoon goes on.”

We know what happened. A 16-0 lead became a sudden and seemingly final 19-16 deficit, and then the Bills somehow came off the deck to tie it up. For a moment in overtime it seemed as if Buffalo would pull it out, until the Bills came hauntingly close but could not quite get into field goal range.

Deshaun Watson promptly turned what seemed like a drive-killing sack into a backbreaking completion, Ka'imi Fairbairn kicked a field goal, and Christian's Tailgate — a refuge for Houston Bills fans that had not been quiet for days — was silent except for the roar of a handful of Texans loyalists.

The game joined the ranks of Bills losses all too difficult to forget. Andrews, at his equipment, buried his face in his hands. He had been ready for a last song but he said he was not prepared for a defeat as tumultuous as this, and he knew what all those men and women in Bills colors at the tables spread before him were feeling.

He touched his controls and on came Boyz II Men, singing "End of the Road."

As for that song he chose in the event of an epic win? He'll save it, hoping someday he won't need to soothe the ache.

In Houston, Bills fans cope with plunge from high to low