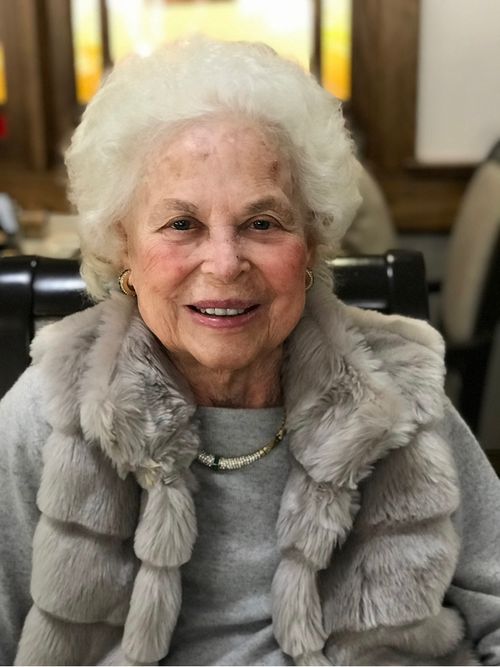 The story of Verna M. Mattimore is the story of a beautiful life well-lived, said her daughter, Patricia Lewis.

It was a life of devotion to her family and her Catholic faith.

And Mrs. Mattimore spent a lifetime being prepared: Putting out her clothes the night before. Setting the dining room table two weeks before Thanksgiving. Packing her suitcase two months before a trip to Florida.

She also left handwritten instructions for her funeral below the statue of the Blessed Mother in her room: no wake, which priests she wanted to preside, the St. Bernadette choir to sing, and "Ave Maria" to be sung.

Mrs. Mattimore, 91, died Monday in Mercy Hospital after becoming ill at her home in Orchard Park.

The couple made their home for many years in Hamburg, where Dr. Mattimore was a founding member of Western New York Pediatrics. Mrs. Mattimore worked as a receptionist there and also at the pediatric office at Mercy Hospital, where her husband was chief of staff of pediatrics for 34 years. They had been married 61 years when Dr. Mattimore died in 2014.

She taught religious education and was a substitute teacher at several schools in the Southtowns. She enjoyed spending time at Siesta Key, Fla. She received the 2003 Delta Sigma Award.

A Third Order Carmelite, she was devoted to her faith.

"I can't imagine how many people she taught the rosary to," Lewis said of the Catholic prayer.

She also recalled that when her mother was in the hospital, she was taken in for a test, but refused to let go of her rosary beads.

"She knows where she wants to go, and she's not letting go," Lewis said. "I know she had planned for this day; she was constantly praying."

In addition to her daughter, she is survived by three other daughters, Anne Cronin, Mary Elizabeth and Carolyn Kezele; her brother, Robert Blassey; 11 grandchildren and three great-grandchildren.