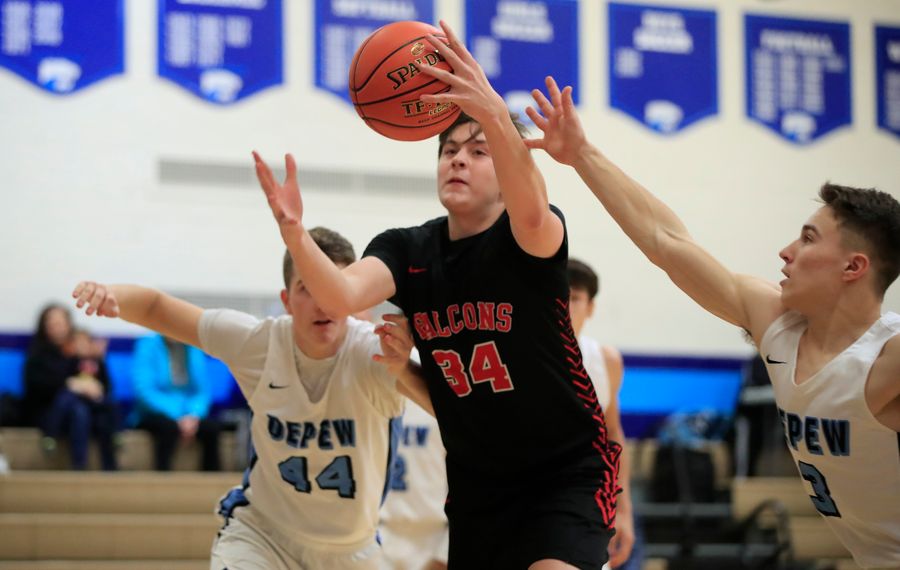 On a day in which Roddy Gayle achieved a career scoring milestone, the Lewiston-Porter sophomore reminded folks there’s more to his game than just scoring the basketball.

Gayle flaunted all of that, and his scoring prowess, Friday night at Depew High School during the second of three games of the BSN Coaches vs. Cancer ECIC-NFL Boys Basketball Challenge.

Gayle eclipsed 1,000 career points as he poured in a game-high 24 to go along with four blocks and several key defensive and offensive rebounds for Lew-Port during its 74-58 rout of Williamsville South.

Gayle came into the clash needing just 11 points to reach 1K. He did it with 4 minutes, 45 seconds left in the second quarter by swishing a free throw. The bucket gave the reigning Section VI Class A-champion Lancers a 25-15 lead and was part of a 14-0 run that enabled them to seize control after the Billies tied the game at 15-15 on a three by Michael DiGiulio.

It all started at the defensive end for Lew-Port, with its returning first-team All-Western New Yorker and prized Division I recruit Gayle leading the charge with a couple early steals and a couple blocked shots.

“It got me loose and it got my teammates the type of energy they needed to sprint down the floor and get the basket,” Gayle said.

“When he’s engaged defensively, … I don’t think there’s anybody he can’t guard,” Lew-Port coach Matt Bradshaw said. “He rebounded, he defended and he scored. … Our defense sets up our offense. When we get going defensively our offense picks up. If we’re not getting anything defensively then our offense kind of slows so our offense is predicated on our defense. When he was blocking shots and getting steals and we were pushing the ball up the floor we were scoring.” 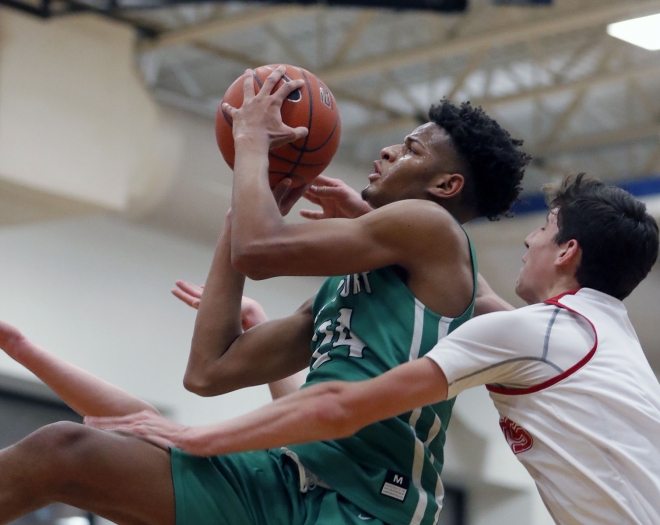 Lewiston-Porter's Roddy Gayle eclipsed 1,000 points for his career was a force a both ends of the court during the Lancers' win Friday. (Mark Mulville/Buffalo News file photo)

In other games at this inaugural tournament sponsored by BSN Sports Apparel and Equipment, Niagara Wheatfield worked overtime to give Depew the slip, 72-67. In the nightcap, Lockport made it a 3-for-3 day for the Niagara Frontier League as it surprised News No. 5 large school Amherst, 67-63.

Folks who showed up for The Roddy Gayle Show were not disappointed, as he delivered a little bit of everything.

It took a couple minutes before either team scored, but Lew-Port’s offense got going when Bobby Beilein made a steal and passed to Gayle for an easy layup. Gayle followed with a steal that led to a Joe Beatty free throw. While Gayle had nine points in the first quarter, perhaps his best play was a no-look pass to a wide open Jack Bernstein under the basket from near midcourt with four defenders closing in on him.

“When they have more people running at me that leaves my teammates open,” Gayle said.

Gayle earned the milestone after being fouled on a layup attempt set up by a Jalen Duff steal.

“It was an amazing achievement but we’re on the road to 2K now,” Gayle said. “It’s just great for me to do it for the school I love to be at.”

Gayle has been a little hobbled early on, missing a game the Lancers lost to CSAT in overtime due to an ankle sprain suffered in the team’s third game of the season, but he moved very well Friday – taking advantage of a holiday break in which the Lancers had 13 days off.

“Right now I’m feeling pretty good,” Gayle said. “We’ve done a lot of therapy work, a lot of pool work just trying to strengthen up the ankle. Right now it feels great, just ice it down and make sure it’s ready for the next one.”

Lew-Port led 34-24 at halftime but ended the suspense with a 26-6 third quarter in which it received contributions from many to improve to 4-3 overall. Bernstein had 11 of his 13 points in the third, while Beilein and Cooper Krawczyk each hit big 3-pointers. Gayle had nine points before exiting with 21 seconds left in the quarter.

In the nightcap, Lockport put together four solid quarters and that wound up being the difference coach Dave Gilson’s crew, which improved to 3-7.

Ceion McDowell scored 12 of his game-high 28 points during the fourth quarter to help the Lions ward off a comeback bid by Amherst, which trailed 33-28 at halftime but did take a 42-41 lead into the fourth quarter. But Lockport didn’t wilt against the Tigers’ pressure.

“I thought these kids played with tremendous passion, desire, intensity, all those great words you want them to play with,” Gilson said.

In the opener, Niagara Wheatfield and Depew seemingly traded body shots during an entertaining fourth quarter and overtime period. Erik O’Bryan’s Falcons took the lead for good on TJ Robinson’s 3-pointer with 2:01 left, which broke a 62-62 knot. Robinson canned seven 3-pointers during a 30-point performance for NW (3-5). He scored 10 of his team’s 12 points during the final 4 minutes. Chris Pagano had 17 points to lead Depew (2-4).