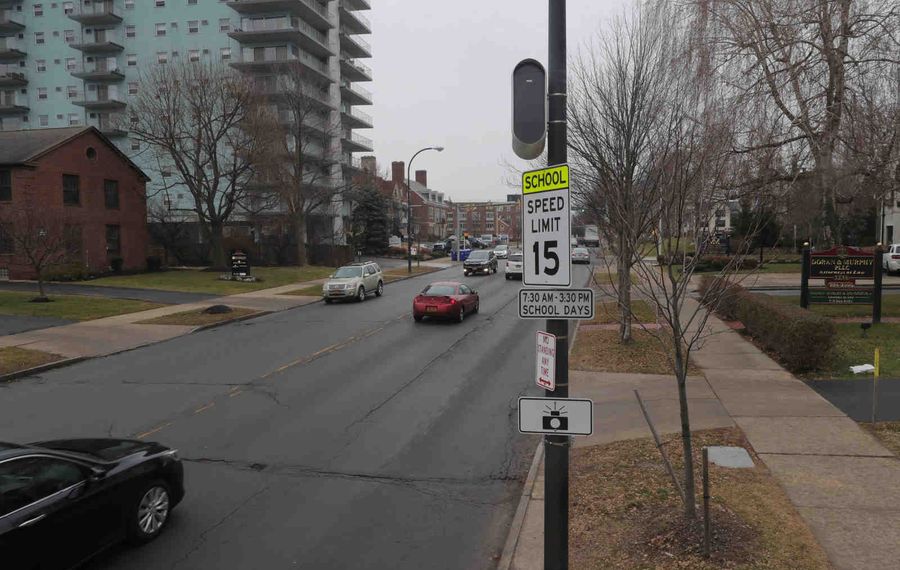 Slow down, or get ready to pay up.

A crackdown scheduled to begin Monday will rely on school-zone cameras to catch motorists who speed on streets around schools in Buffalo.

“The way we chose these was based predominately on two metrics: one was accidents and the other was calls from parents, the community and school members, where they obviously saw a danger,” said Kevin J. Helfer, the city’s parking commissioner.

Some communities in the nation – including Rochester –  have taken down these traffic-infraction cameras over questions about their effectiveness. Supporters of the camera program predict children and other pedestrians around often-busy school zones will be better protected.

"There will be a grace period," said Mayor Byron W. Brown. "There will be tickets that will be written as a warning between Jan.  6 and Feb. 6 just to further inform the public that the cameras are installed, that the city is actively monitoring speed zones and that this is being done to protect the safety of the children of the City of Buffalo."

Here's how it works:

Signs will alert motorists they are about to enter a school zone with a speed monitoring camera.

The cameras – requested in home rule legislation by the city and passed last year by the State Legislature – are mounted on utility poles, but can be moved at the city's discretion.

The cameras capture license plate and vehicle images of drivers breaking the speed limit – 15 mph in city school zones – starting an hour before school and ending an hour after.

The state approved the new system for Buffalo with the stipulation the cameras only snap photos of those vehicles exceeding the speed limit by more than 10 mph.

"Violations will go out at 26 mph," Helfer said.

But, warned Helfer, the new camera system still doesn't prevent a police officer from giving motorists a ticket on the spot, the traditional way.

The person in whose name the vehicle is registered gets the ticket – a $50 fine  – whether or not they were driving the car at the time of the violation.

Drivers will have 30 days to pay, but they can also plead not guilty and request a hearing, Helfer said.

The infraction is considered a parking violation, so no points will be added on a license and it doesn't become an insurance matter for drivers caught speeding.

The new camera system comes at no cost to the city or school district, Helfer said. Instead, the company awarded the contract, Sensys Gatso, will recoup $14 on every $50 fine collected.

The city is allowed to use cameras in up to 20 school zones.

“Hopefully, people get it, and they’re not going to speed there any more,” Helfer said.

Here's where motorists will find the new cameras: