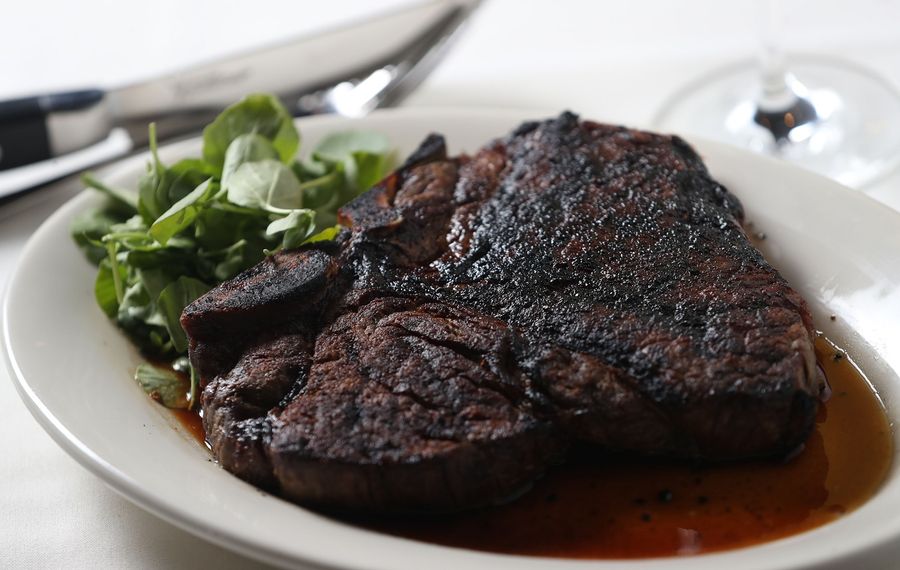 Diners seeking the "best steak anywhere" will no longer be able to look for it at the Morton’s the Steakhouse at the Hyatt Regency Hotel.

"They had a very busy night on New Year's Eve, and then closed the next day," O'Connell said. "I saw some of their employees leaving yesterday. I did not talk to them, but they did not look happy."

The closing was also confirmed by Paul Snyder II, chairman of Snyder Corp., which owns the Hyatt property.

"I did contact the Landry's people, and asked, 'Why the short notice? What's going on?' " O'Connell said. "We're disappointed with them."

A Morton's representative confirmed the closing in a statement Thursday.

“We are grateful for the support of the Buffalo community and encourage our guests to visit us at our Rochester location,” Tim Whitlock, Morton's chief operating officer, said in the statement.

The company declined to comment on how many people lost their jobs with the closing, why they closed so abruptly and what people should do about refunds if they have gift certificates.

When a reporter asked O'Connell if the restaurant operators apologized for the abrupt closing, he answered: "No, they did not."

He said he thought Landry's ran an excellent restaurant before the sudden closing.

The hotel still has another restaurant in the Hyatt, the Atrium Bar & Bistro.

Morton’s in 2017 replaced E.B. Green’s, a locally operated steakhouse at the same location in the Hyatt.

In an April 2018 review, Buffalo News restaurant reviewer Andrew Galarneau noted that Morton’s served the most expensive steak in Buffalo and advertised itself as “the best steak anywhere.” Galarneau rated the restaurant seven plates out of a possible 10.

“Morton's slogan is ‘The Best Steak Anywhere,’ and I am happy to report that the beef was first-class,” Galarneau wrote. “The 48-ounce porterhouse for two ($129), the most expensive steak in Buffalo, was cooked to precision, abundant, tender beef served sliced in a pool of its juices. A bath in foie gras cognac butter ($7) gilded this tender lily admirably.”

O'Connell, in a statement, said the hotel looks forward "to continuing to welcome guests and the Buffalo community to Atrium Bar & Bistro – and having another outstanding culinary experience introduced within the hotel in 2020. More details will be shared as they become available."