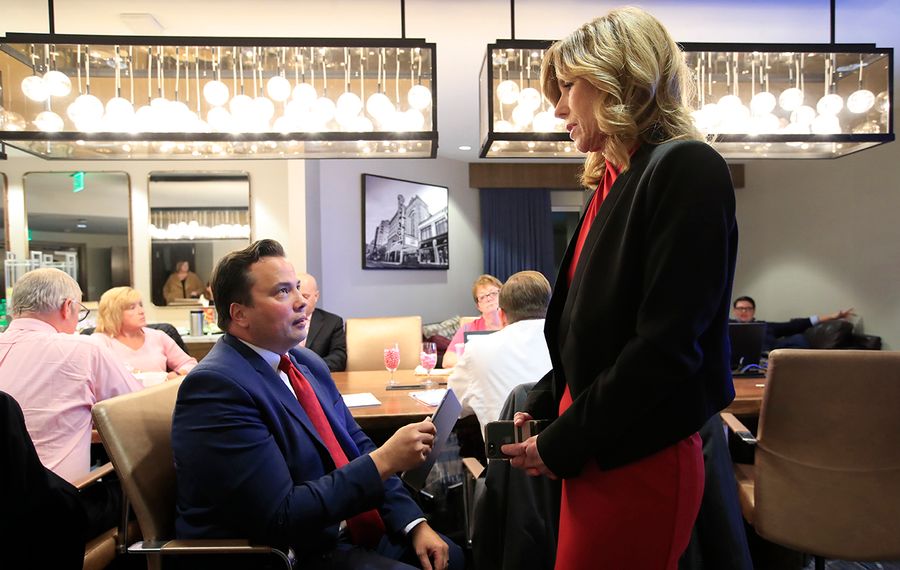 But Mychajliw, in the process of reorganizing the office, said he intends to upgrade Dixon's title to associate deputy comptroller for communications and community relations. In that role, which she may assume in a month or two, she would earn an annual salary of roughly $90,000.

Dixon's most obvious tie to the Comptroller's Office is Bryan Fiume, the comptroller's chief of staff who also served as Dixon's campaign manager last year when she ran for the county executive's seat. Both Dixon and Mychajliw also previously worked together as television reporters at WGRZ.

Mychajliw said he reached out to Dixon a little over a week ago to offer the position. He said she has excellent qualifications given her 10 years of county legislative experience, membership on the Legislature's Finance and Management Committee, strong community ties and prior background in media communications.

Dixon's hiring is one piece of the larger office restructuring, which would include the creation and consolidation of civil service and non-civil service job titles. Ultimately, the restructuring would eliminate two net positions and save county taxpayers money, according to Mychajliw and Fiume.

During Dixon's campaign for county executive, she cast herself as an independent legislator who cared little for partisan politics.

Dixon said Thursday that the Comptroller's Office is meant to serve as an independent political watchdog role and that strengthening the community outreach of the Comptroller's Office is not a political role. She added that she received multiple job offers in the public and private sectors. The comptroller's job offer "intrigued" her, she said, because it allows her to maintain the community focus that she found most rewarding as a legislator and reporter.

"I thought it married my different skill sets," she said. "It’s communications, but it’s also expanding that role. In this role, you are still doing significant outreach in the community."

Mychajliw said Dixon would be the perfect fit for the new associate deputy comptroller for communications and community relations.

"It’s a perfect fit, and I think it’s a great move for taxpayers," he said. "I don’t know anyone else in Erie County that has her skill set."