Hofert Jewelers spent the past 90 years trying to keep its customers happy.

For the past month, workers at the Village of Kenmore institution have delivered unwelcome news:

The store survived the Great Depression, changes in fashion and taste, competition from national retailers and the internet, and the unexpected death nearly five years ago of then-owner Dominic Hofert.

Now, his widow, Susan, and their children, Andrew and Natalie, have decided it's time to close and opted not to sell the name and inventory to another jeweler.

"It's the end of a very long era – four generations of family," Susan Hofert said during a recent interview in the store. "It has been our life, really."

The shop opened in 1929 at 2892 Delaware Ave., near Lincoln Boulevard, in the heart of Kenmore's central business district.

An oil painting hanging in the store today shows the opening day scene, with display cases lining both sides of the checkered tile floor, topped by vases of flowers donated by neighboring businesses.

It was Moeloth and Hofert back then, as Herbert Hofert Sr. and his partner, Ed Moeloth, ran the shop together for many years. They met while working at a wholesale jewelry maker before striking out on their own. 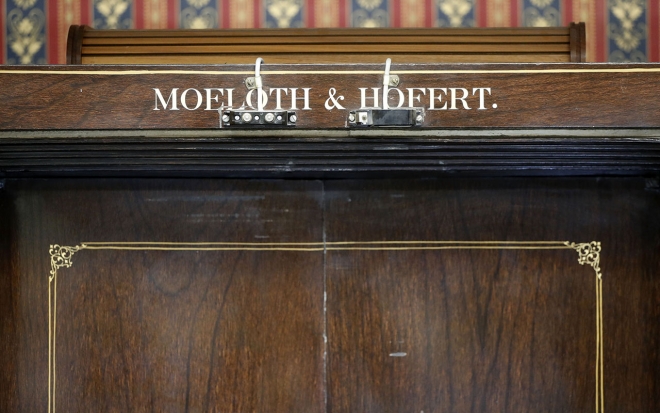 The store might be the oldest continuously operated business in Kenmore, said retired village historian John W. Percy. The next closest one he could think of, Walt's Garage, opened in 1934.

Percy first shopped at the store 61 years ago. He said the store succeeded because of its integrity and good prices.

"The businesses that survived over the years in Kenmore always had that personal touch," he said.

The Hoferts took over following Moeloth's death, with Herbert Sr. passing the shop to his sons, Herbert Jr. and William.

They retired in the mid-1990s and Herbert III, known as Pepper, retired in 2007. Dominic Hofert – William’s son and Pepper's cousin – took over the business and worked with his daughter, Natalie.

Pepper, now retired to North Carolina, was home this week visiting family and stopped by the store, where he started working in 1970.

Right around that time, the Hoferts moved the store a block south to 2876 Delaware Ave., bringing along their 1929 Cary Safe Co. wooden vault and several original display cases.

"People would come in just to say hello," Pepper Hofert said. "It was just this friendly, hometown business." 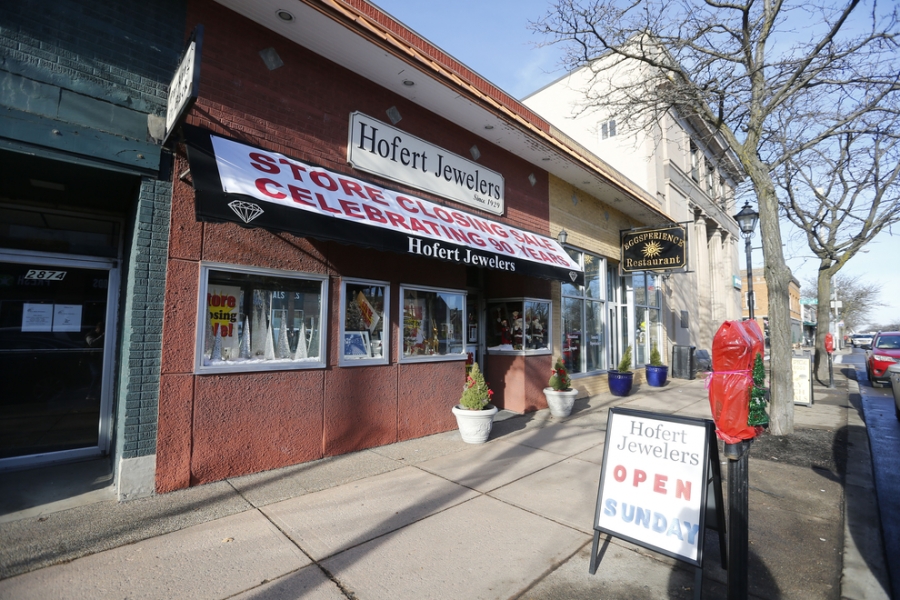 As national retailers set up shop in malls and shopping plazas and customers turned to the internet for purchases, Hofert Jewelers held its own.

The family carried on through their grief at the drowning death of Dominic Hofert. He disappeared at the edge of the Lower Niagara River after leaving his Lewiston home one evening in February 2015.

The family held two services – one before his body was found and one after – and each drew about 600 people, said Susan Hofert, who met Dominic Hofert in gemology school.

"I didn't want to even come back in, but the community and the family just really kept us going. And we knew there was a need for us to stay," she said. "And my husband would have wanted that, too."

Susan Hofert, who works full-time for the Niagara-Wheatfield school district, said she believes her late husband would agree now is a good time to close the store as she approaches retirement age.

She said she considered offers from companies that wanted to buy the Hofert name but didn't feel comfortable doing that.

"We knew for probably the past year that we had honored him and his family and just felt that this was a good time to close," Susan Hofert said, "while we're still pleasing the community and doing well."

Hofert Jewelers leases its shop, but it owns its inventory and furnishings and hopes to sell all of it by its expected Jan. 18 closing date. Everything was discounted to sell.

It was a difficult decision to make, Susan Hofert said, and it's been hard to tell devoted customers the news over recent weeks. 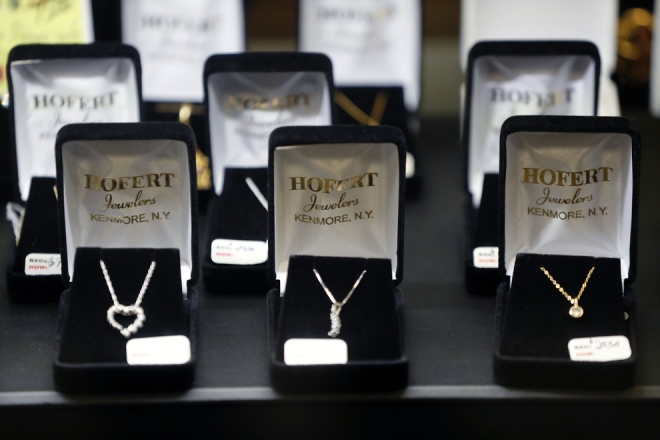 Jewelry boxes in the cases at Hofert Jewelers in Kenmore. (Mark Mulville/Buffalo News)

The store is plastered with signs saying "Emptying the vaults," "Closing our doors forever" and "All sales final." Susan Hofert said it was emotional to walk into the shop and see them the first time.

The pending closing has prompted an outpouring of memories from longtime customers.

A 90-year-old woman, distressed at the closing, came in to say her parents were one of the store's first patrons.

Cathy Papia stopped by on a recent morning to pick up the latest pearls for her nieces' add-a-pearl necklaces, a tradition she started with her oldest niece 28 years ago.

Each year, on special occasions, Papia buys another pearl for the strands, and she drives past other jewelers on the way to Hofert from her Williamsville home.

Susan Hofert said it feels like the store is hosting its own wake, but she and her family want to thank their customers for their business and their many kind words.

"We want to leave with people just knowing that we cared," she said. 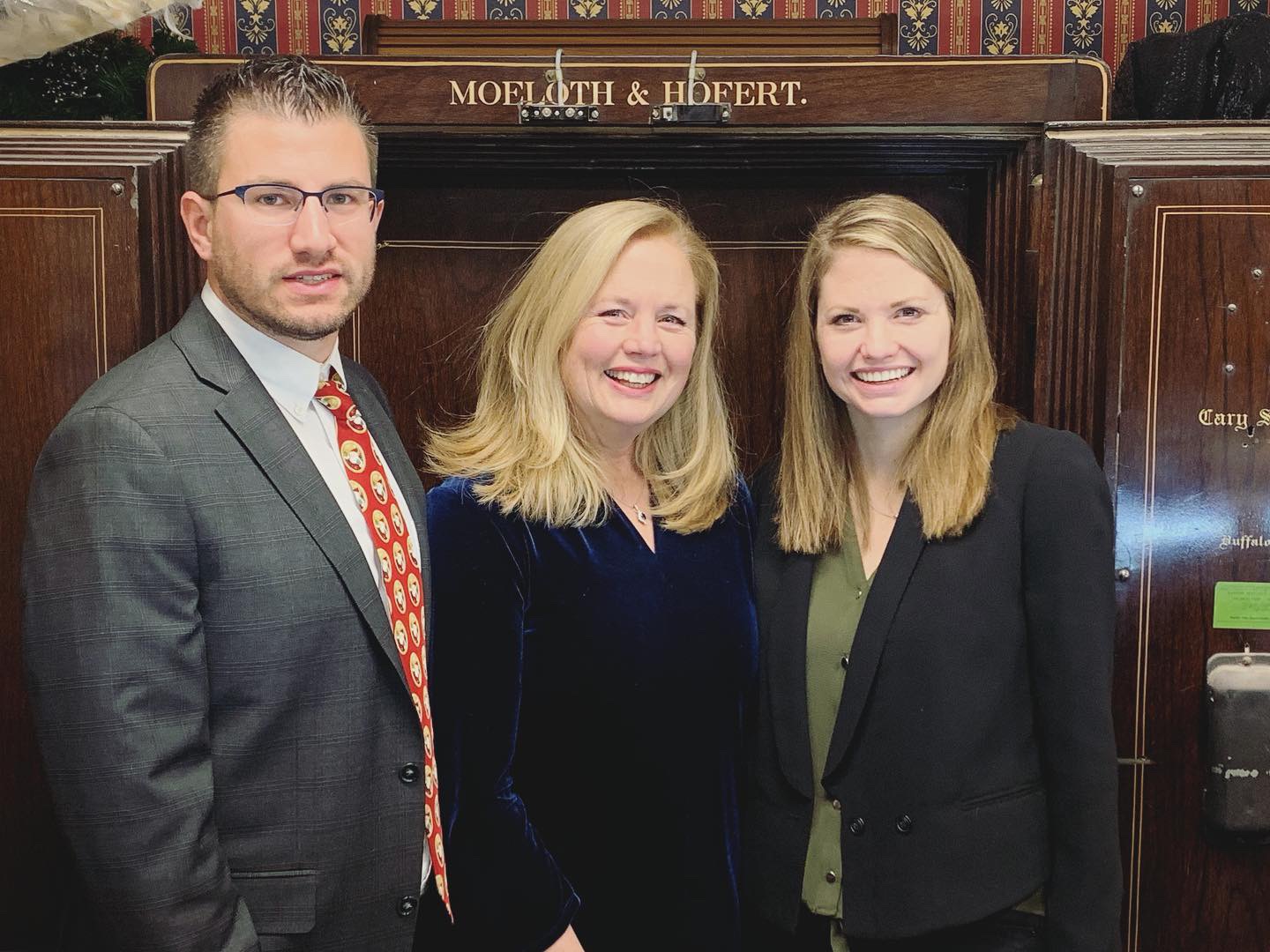 Susan Hofert, center, and her children Andrew and Natalie. (Rebecca Hart/Special to the News)