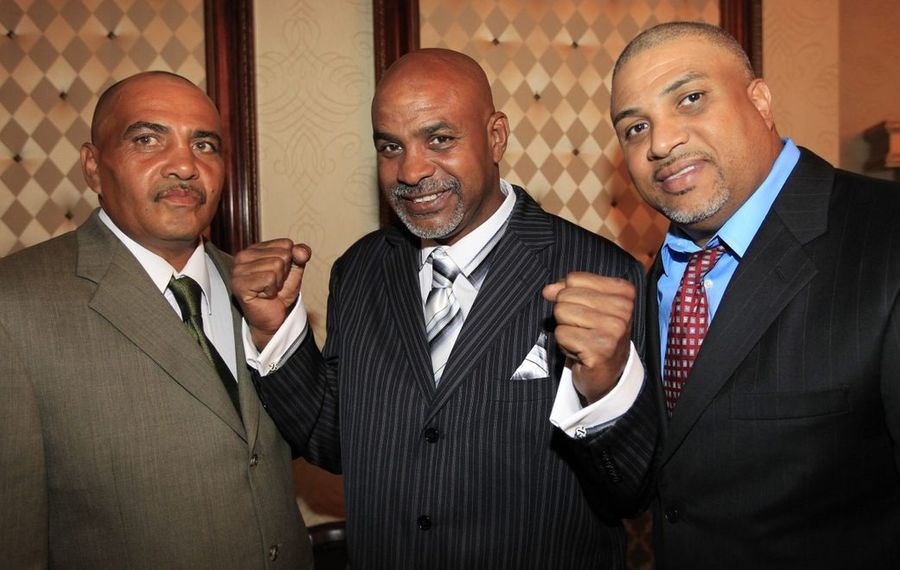 Four-time world cruiserweight champion Carlos “Sugar” De Leon is remembered by fellow Buffalo Veterans Boxers Ring 44 Hall of Famer Baby Joe Mesi as one of the underrated greats of the sport of boxing, and as one of the more influential people in his own career as a fighter.

De Leon died Wednesday, according to a statement from Ring 44 President Bob Caico. De Leon was 60. Though Caico did not have a cause of death, several media outlets reported De Leon suffered from a cardiac arrest.

De Leon, a native of Trujillo Alto, Puerto Rico, who moved to Western New York 30 years ago toward the end of his professional career, posted a 53-8-1 record (33 KOs) and made history by becoming the first boxer in his weight class to win the world championship more than once. De Leon unofficially owned the cruiserweight division during most of his career, as he had four championship reigns during the 1980s. Though De Leon fought for the last time during his 21-year career as a heavyweight on Nov. 25, 1995, he stayed in the game as a trainer, assisting brothers Juan and Angel.

Together, they helped Mesi, then a slightly husky fighter from Tonawanda with great hand speed, embark on his own Hall of Fame career. De Leon’s role on Team Mesi was working on in-ring tactics with Mesi, who was an alternate on the 1996 Olympic Team and former No. 1 world heavyweight championship contender until a subdural hematoma stalled his career. Mesi went 36-0 as a professional, helping the sport experience a brief rise in popularity in Western New York as Mesi became known as “The Third Franchise” – behind the Buffalo Bills and Buffalo Sabres.

“They made my career,” Mesi said of Carlos, Juan and Angel De Leon. “They were the best thing to happen to me. If there was no Carlos “Sugar” De Leon, there would be no Baby Joe Mesi.”

While Carlos De Leon is best known for his work with Team Mesi, he assisted in training several other local young fighters hoping to make names for themselves in the sport, including former state Golden Gloves champion Pinky Colon and Wilfredo Flores, who both won recent fights on a card in Niagara Falls in October.

De Leon won the belt for the first time Nov. 25, 1980, and held it until June 1982, when he lost to S.T. Gordon via TKO. De Leon regained the championship from Gordon nearly 13 months later by winning a 12-rounder via unanimous decision. He defended it four times before dropping a decision on June 6, 1985, to Alfonzo Ratliff but regained it March 22, 1986, beating Bernard Benton via decision. De Leon’s last title reign of 14 months began May 17, 1989, with a TKO win over Sammy Reeson.

During his career, De Leon fought and defeated Leon Spinks, Yaqui Lopez and Marvin Camel. He dropped the title in 1988 to future heavyweight champion Evander Holyfield.

“He pretty much created the cruiserweight division,” Mesi said. “He really was something else. … He’s iconic in Puerto Rico.”

“That decade (1980s), it was Carlos “Sugar” De Leon as the main man of the cruiserweight division,” Caico said. “All the kids had a lot of respect for him because he’s a four-time champion and he’s such a nice guy. Sugar was his nickname, but he helped everybody out.”