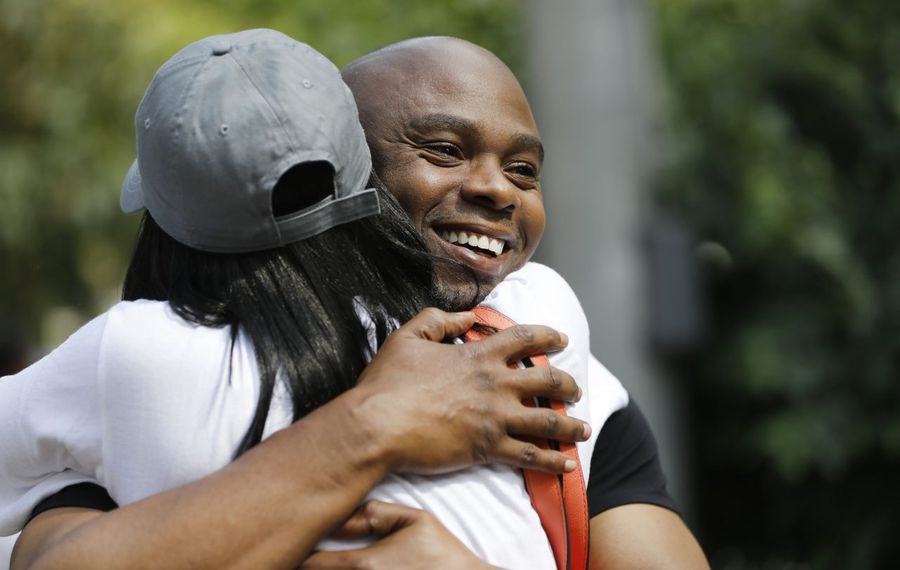 Wrongful conviction is always a tragedy, sometimes with disastrously radiating consequences, but in most cases, it is nonetheless the product of errors that were avoidable but still unintentional.

The question today is whether that pattern applies to the 27 years Valentino Dixon spent in prison for a murder he did not commit. The Buffalo man says it doesn’t. He has filed a civil lawsuit claiming that his arrest and conviction were the result of scheming by police and prosecutors determined to put him away.

In his lawsuit, Dixon claims the Erie County District Attorney’s Office both destroyed and fabricated evidence and threatened witnesses who would have supported him. He also claims that even before the shooting that led to his wrongful conviction, Buffalo police were daily stopping him on the street, sometimes roughing him up. “One of the BPD officers even warned Dixon that BPD ‘would not stop’ until they ‘gave him ten years,’ ” the lawsuit contends.

Dixon was exonerated and freed from prison last year after another man confessed to the shooting. He wasn’t freed on a technicality; he simply didn’t do it. Lamarr Scott, 46, admitted he killed 17-year-old Torriano Jackson in 1991. Scott was already in prison for a different shooting.

Dixon’s lawsuit seeks unspecified monetary damages from both the City of Buffalo and Erie County.

Wrongful conviction is a national issue, identified largely because of advances in DNA technology. Since 1989, that science has helped to free 367 innocent people, according to the Innocence Project, a New York City-based organization that uses DNA to exonerate people who have been convicted of crimes even though they were innocent. Those 367 people served 5,097.5 years behind bars, or an average of 14 years each for crimes they did not commit. Twenty-one of them were on death row.

Most of those unfortunates – 69% of them – were convicted because witnesses misidentified them. That’s what happened to Anthony Capozzi of Buffalo, convicted in 1987 as the “Delaware Park rapist” after being identified by three victims.

But Capozzi was innocent. Although there were some notable – and potentially exculpatory – differences between his appearance and victims’ description of their assailant, Capozzi did bear a more-than-passing resemblance to Altemio Sanchez. Despite being a one-time suspect in the case, Sanchez was left free to morph from rapist into killer, murdering at least three women while Capozzi languished in prison.

Other frequent causes of wrongful conviction include the misapplication of forensic science and false confession, often offered by innocent suspects who are young, mentally ill or addicted to drugs.

While questionable police techniques sometimes lead to witness misidentification or false confession, official misconduct such as Dixon is alleging is a less common cause of wrongful conviction. That makes his lawsuit especially troubling even if, as District Attorney John J. Flynn says, the Dixon of 1991 was an “up-and-coming drug dealer” who “brought the gun to the fight” that killed Jackson. Flynn has been district attorney here since 2017.

Dixon’s lawyers are having none of that. The problem, they claim, was corrupt law enforcement, both within the District Attorney’s Office and the Buffalo Police Department. In that regard, it is notable that the lawsuit doesn’t claim the most common causes of wrongful conviction which – if that is correct – raises an obvious question: If official misconduct wasn’t the cause of his wrongful conviction, what was?

That’s important to know, not just because of the years Dixon spent behind bars, but to avoid yet another instance in which the wrong person is sent to prison and the door is left open, as in the Capozzi case, to worse mayhem.