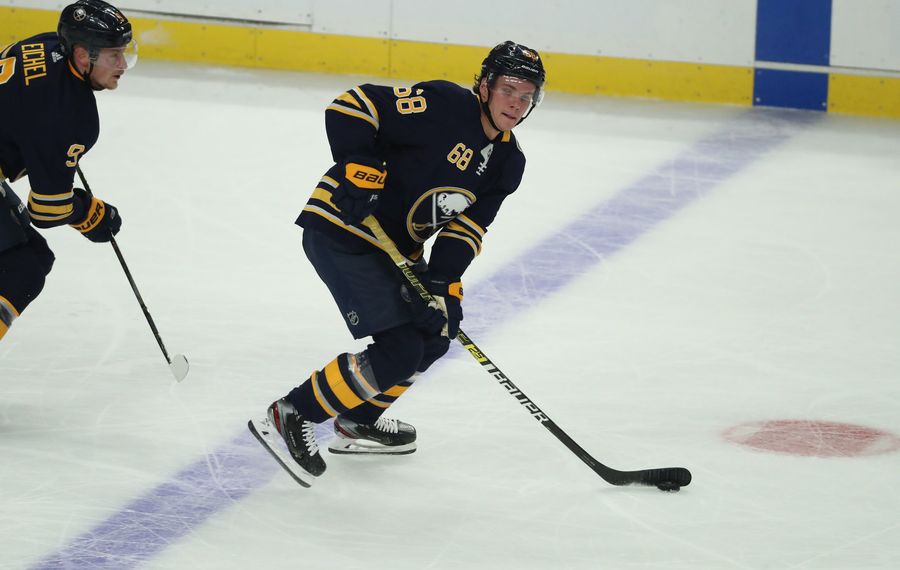 For the second time this season, Buffalo Sabres winger Victor Olofsson has been named the NHL's Rookie of the Month.

Olofsson started December with three straight multipoint games (2-4-6), marking the first time a Buffalo rookie has done that since Tyler Myers in 2011. His 14 points are the most by a Buffalo rookie in a month since Myers had 14 in March, 2010 en route to winning the Calder Trophy as rookie of the year.

At a point a game, Olofsson became just the third Buffalo rookie to go a point a game for a month of at least 10 games over the last 27 seasons. The others were Marcus Foligno (1.00 in March 2012) and Richard Smehlik (1.17 in December 1992)