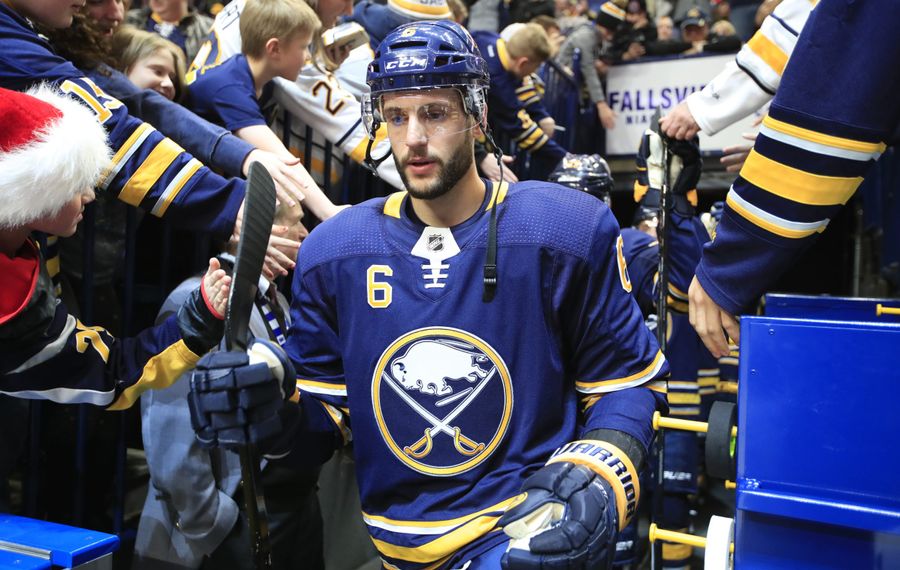 A defenseman for a forward. It took two deals in short order Thursday night but the Buffalo Sabres have made the move that's long been expected.

The team traded veteran defenseman Marco Scandella to the Montreal Canadiens for a fourth-round pick in this year's NHL draft – then turned around and dealt that pick to Calgary for veteran right winger Michael Frolik.

Frolik, 31, has five goals and five assists in 38 games for the Flames this season. He has scored at least 15 goals in five of the last six seasons and put together back-to-back campaigns of 21 goals with Florida in 2008-09 and 2009-10. He was a member of Chicago's 2013 Stanley Cup championship team.

The Sabres did not retain any of Scandella's $4 million. Frolik has a cap hit of $4.3 million and Buffalo took on all of it. Both players are in the final years of their deals. 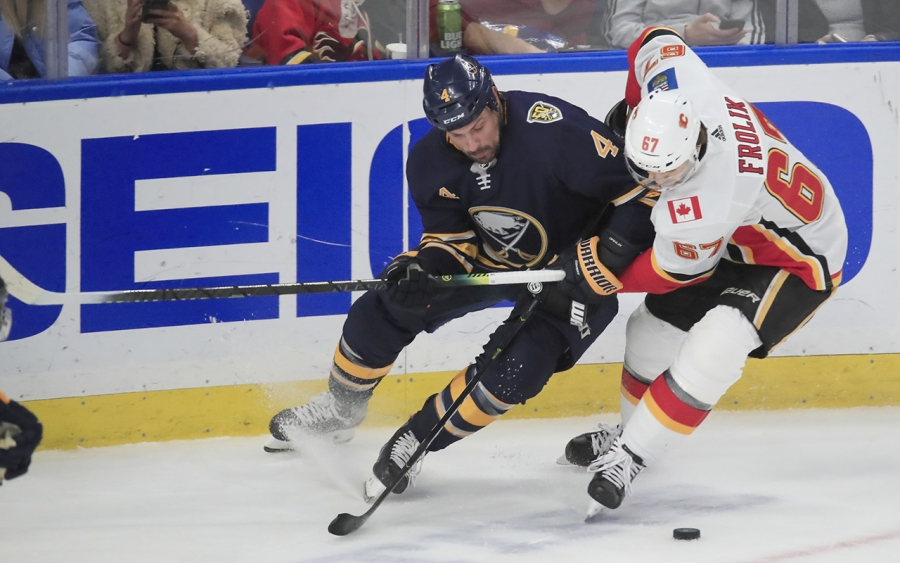 "With Michael, we like his even-strength play. We think he's a very strong 5-on-5 player," GM Jason Botterill said in an intermission meeting with reporters in the KeyBank Center press box during Thursday's game against Edmonton. "He's also a player that has 'championship pedigree.' He's been in the playoffs before. He's won a Stanley Cup.

"You look at how we've played over the last few weeks. We've played pretty well 5 on 5 but our special teams have to be better. Michael can come in and help us with our penalty kill."

Because of visa issues, Botterill said he didn't expect Frolik in town for practice Friday and that likely would rule him out for Saturday's game against Florida here. His debut with Buffalo would thus come next Thursday in St. Louis.

Coach Ralph Krueger,  who went against Frolik in the 2014 Sochi Olympics and in other international competitions, was a big proponent of the deal.

"He's won a Stanley Cup and he brings a mentorship and character kind of role that will help us continue to solidify our game," Krueger said after the 3-2 overtime victory. "We're really excited to get him here."

The Flames had made Frolik a healthy scratch the last two games and were looking to go with much cheaper options on their bottom six.

"Sometimes, you hear ‘the consummate professional,’ " Calgary GM Brad Treliving said. “This is a guy who came to work every day and did his job, was an excellent teammate, always had a smile on his face, a great guy to talk to.

“And as a young player, if you want to know how to go about your business, just look at Michael Frolik. He looked after himself. He worked every time he was on the ice. He never would cheat you on effort. And he’s just a pleasure to be around."

Botterill said the team's quest for a scoring forward is not closed in the wake of this trade.

"We don't have anything else to announce today but we'll certainly continue to look at it," he said.

Scandella, 29, has three goals, six assists, nine points and a plus-9 rating in a strong bounceback season, his third in Buffalo. His per-game average of 16 minutes, 35 seconds is the lowest of the Sabres' eight defensemen.

"A spectacular human being. Someone who brings a lot of energy to the rink every day," Sabres captain Jack Eichel said of Scandella. "I definitely enjoyed his company, definitely enjoyed playing with him. He's somebody who competes and puts it on the line. I can't say enough good things about him. It's a business and you kind of have to learn that. It's tough to see a friend go but I wish 'Scandy' nothing but the best and all the success and happiness in the world."

It's a return home for Scandella, a Montreal native whom the Sabres acquired in 2017 after he played the first seven years of his career in Minnesota. The Sabres have three games remaining against the Canadiens and opened the night one point behind the Habs in the Atlantic Division, but Botterill said he didn't consider those factors when making the deal.

"We're in a situation right now where we have to improve our own team and we felt this was a trade we wanted to make to improve our group here in Buffalo," Botterill said. "I think Marco has played very well this year ... He's done a very good job and that's why there was more of a demand for him out there."