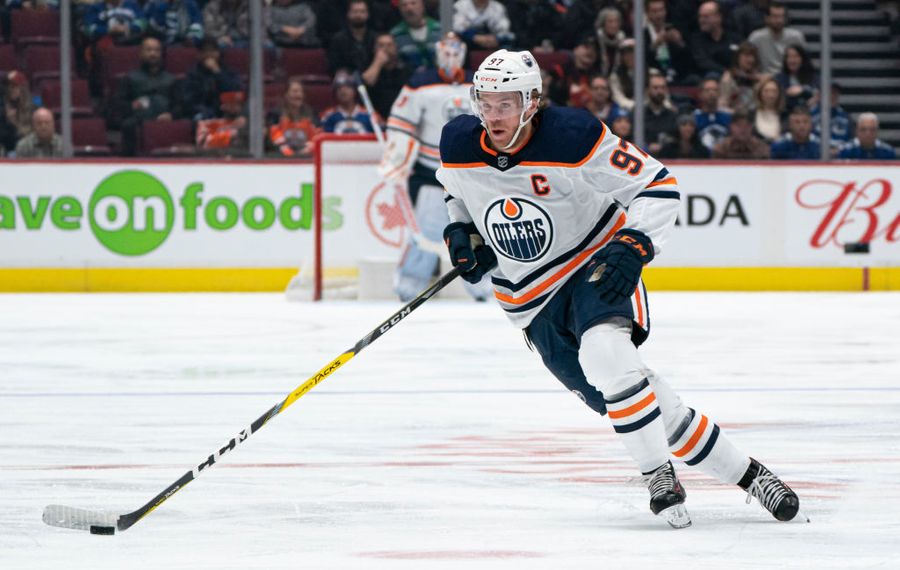 Bouncing back: How do the Sabres recover from Tuesday night's collapse against Tampa Bay? Coach Ralph Krueger certainly set the tone during his daily media briefing on Wednesday.

A 4-1 lead that became a 6-4 loss in a crucial division game was Buffalo's fourth straight defeat and dropped the Sabres to 1-6-1 in their last eighth. It was easily the most painful loss of this season, and perhaps the last several seasons.

Krueger made sure to get a strong message across.

“Pain is there to test you and for you to learn and grow from if you use it properly," he said. "Otherwise, the only thing it does is eat you up and turn you into a loser. We have to get back to making winning decisions."

The Sabres get their first chance tonight against Connor McDavid, Leon Draisaitl and the rest of the Edmonton Oilers.

The power play has been a sore spot most of the season for Buffalo, and it currently ranks 28th in the NHL. But the Sabres are much improved at 5-on-5, with a plus-4 goal differential. They were minus-31 and minus-57, respectively, in two years under Phil Housley.

For comparison sake, Edmonton enters this game at minus-23 on 5-on-5 and is only afloat thanks to the NHL's No. 1 power play.

"We should feel really confident because of that," defenseman Rasmus Ristolainen said today. "When we're playing our game and everyone is really working, we can beat anyone. We should be comfortable. Lately we haven't been able to get it for 60 minutes and as good as were in the first period (Tuesday), it doesn't matter. We can't think we're going to trade chance for chance with teams like Tampa and Edmonton. That might be what they what but we have to be tighter than that."

"We've worked hard since training camp to establish a game that's consistent. We're still wandering in and out of the principles we need but they're there
and the guys are grabbing on to them and critiquing themselves now in the right way. It's the specialty teams now that need to join the level."

Big numbers:  McDavid leads the NHL in assists (42) and points (64). Draisaitl is second in points (62) but has an eye-popping minus-20 rating – of which minus-15 has come over the last seven games.

"It's about defending and not scoring," McDavid said today. "We have to defend as a team and when we do that, good things happen. We have to keep working at 5-on-5, watching lots of video on it and practicing it a lot."

"We've played together, we've played apart," McDavid said. "We've had success going both ways so it doesn't really matter to us."

"The thing I'm most impressed about him is his will to win," coach Dave Tippett said. "He wants our team to play well. He has to do his part but his recognition of us playing a strong team game has, from a coaching standpoint, been really good to see."

The lineups: The Sabres are likely to go 11 forwards/seven defensemen tonight. Zach Bogosian, Dalton Smith and Evan Rodrigues are the likely scratches. Smith, who played four shifts in his NHL debut Tuesday, was put on waivers early this afternoon.

Klefbom present and accounted for in today’s pregame skate. So, lineup at BUF:

No division doldrums: The Sabres are 0-5-1 in their last six games against the Atlantic Division but are 5-2-3 this year against the Pacific, including their 3-2 win last month in Edmonton. They're 8-1-3 at home the last two seasons against Pacific teams.