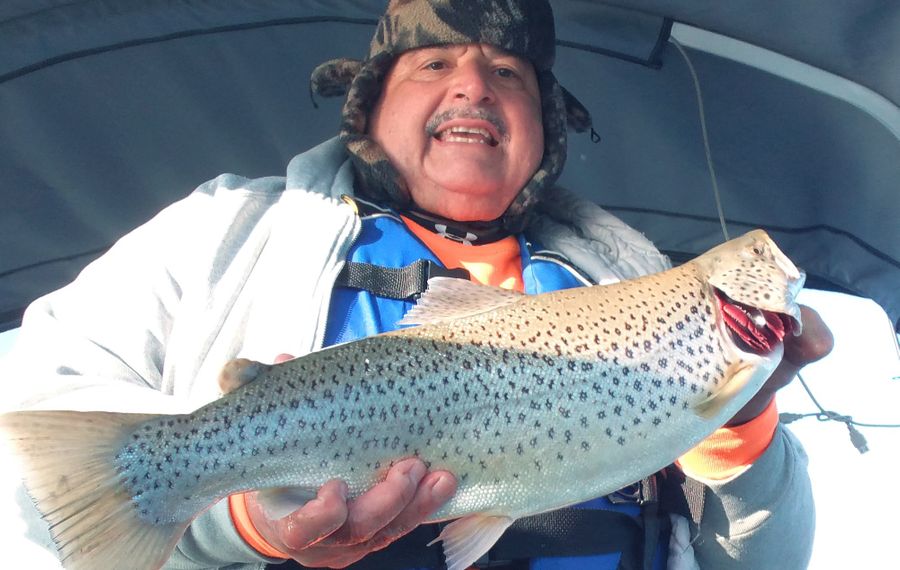 It’s a new year and a new decade. Jan. 1 kicks off new seasons like lake trout season in the lower Niagara River and Lake Ontario. It’s also the beginning of limit changes like the reduction of walleye from 3 to 1 in the lower Niagara River. For all motorized boaters out there, Jan. 1, 2020 is the trigger date for Brianna’s Law, a new law that requires all boaters to take a boating safety class over 5 years. For phase 1, all boat operators born on or after Jan. 1, 1993 must complete a safety course to operate a motorized vessel starting in 2020.

With the unseasonably mild weather hanging around, a few anglers opted to uncover their boats and head out into the lake last weekend. Rob Oram of Franklinville managed to locate some walleye and perch between Evangola and Cattaraugus Creek, as well as off Sturgeon Point. Everything he caught came off a perch rig with minnows. He ran out of time before he found bigger numbers of fish. Meanwhile Steve Brzuszkiewicz and Tom Baskerville, both of Marilla, grabbed some emerald shiners from Miller’s and worked 50 to 80 feet of water off Cattaraugus Creek. That wasn’t as productive as they would have liked so they headed to the waters off Crystal Beach. Perch were starting to hit in 62 feet of water off the Condos using a Fonzi rig. They also caught some fish at Myers Reef in 50 feet of water. They were at 21 perch and two walleyes when the winds kicked up and chased them off the water. In the tributaries, the recent rains blew them out according to Justin Wekenmann of Farnham. It will be a few days before the smaller streams will start to clear. We may see some more rain at the end of the week though. 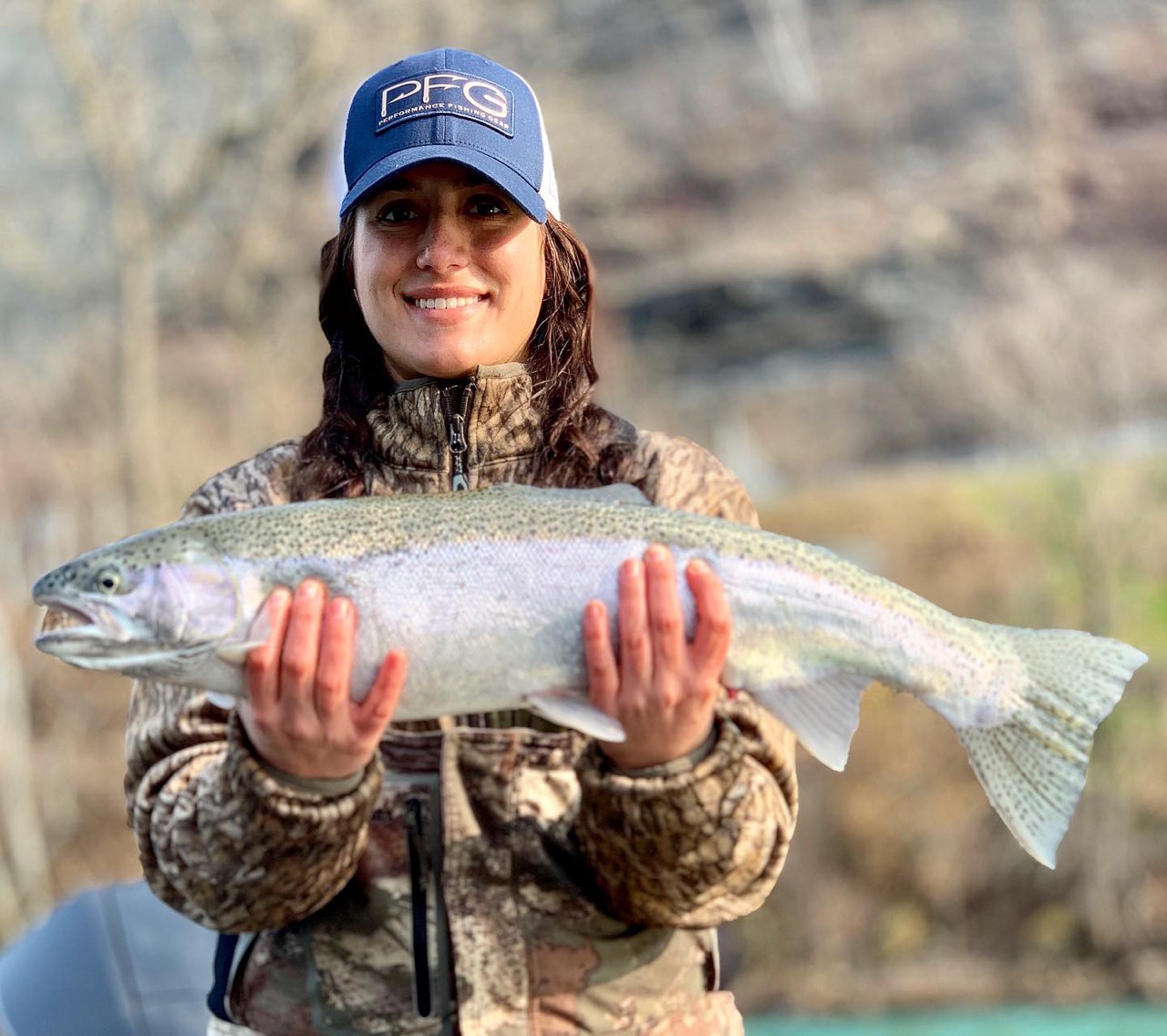 Niagara River water was starting to change for the worse on Tuesday after the heavy rains followed by winds. It may be a day or two before fishing picks back up again. Shore fishermen will be the first to hit the lower river as they work spinners, jigs and beads or sacs in tight to shore in the clearer waters. Capt. Ryan O’Neill and Capt. Ryan Shea tag teamed a trip in Devil’s Hole this week to take several steelhead and a lake trout reeled in by Tracey Mikolajek of Boston. Lake trout season is open as of Jan. 1 in the lower river. There are still a few walleyes being caught. The daily limit on walleye is now 1 fish through March 15 in the lower river. Shore guys were getting steelhead off Artpark according to Lisa Drabczyk of Creek Road Bait and Tackle in Lewiston. Pink egg sacs or No. 4 spinners. Trout action on the bar was good, too. Sacs, beads, Kwikfish or live bait was working on the Niagara Bar. Mike Rzucidlo of Niagara Falls has been hitting the gorge area from shore and he’s been pulling about 4-5 steelhead a trip using No. 4 green/chartreuse spinners or a jig.

According to Ethan Bronschidle of Newfane, many of the creeks are high and muddy due to the recent heavy rains. However, bead and bag combos have been doing the trick when you can find the right conditions. Smaller streams will clear before the larger ones. Good numbers of fish were reported at Burt Dam. Ron Bierstine at Oak Orchard Tackle reports most streams are blown and everything is wide open with no ice. Guys can almost always fish the turbine channel of the Oak; it can only get so high. If we don’t see any more rain, we could be fishing by the weekend. Jim DeGirolamo of Derby sends word that he did well over the weekend on browns trolling the shoreline off Olcott. He worked shallow running Storm Thundersticks in 8 to 12 feet of water, keeping his baits 75 and 150 feet back. They caught 5 fish in 3 hours of fishing.

There is still some ice in the south basin, but nothing is safe according to Mike Sperry at Chautauqua Reel Outdoors. It may take a couple weeks for things to be fishable again.

Bobby Joe Frost of Alden sends word that he did pretty good ice fishing at Delta Lake, Oneida Lake and Black Lake last week, but conditions have seriously deteriorated. Delta had 5 inches of ice until the rains came down. It’s not fishable now. Oneida was reporting 6 inches off Lewis Point, but it’s not fishable now. Black Lake was 4 to 8 inches and it should still be fishable. Check out this week’s Catches of the Week to see some of the fish he caught with son Colton, friend Steve Ball of Alden and his cousin, Tim Himan of Attica.