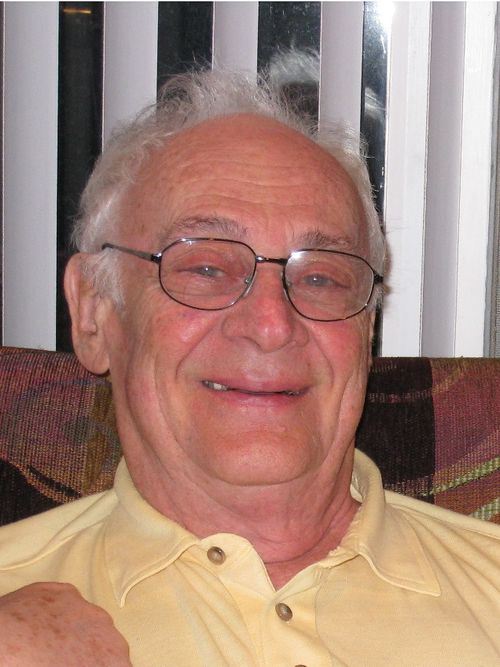 Seymour I. Goodman had a penchant for yellow and wore it every chance he could – in lemon Izod golf shirts, saffron V-neck sweaters and in his trademark sunshine yellow terry cloth robe.

“He said words with a shrug. He was mild-mannered. He did not give complex answers. He liked everything and everyone," said Barbara Goodman, his daughter. "He was very positive, always happy even though he had not been out of bed for two years.”

Mr. Goodman was 97 when he died Dec. 28 while holding his brother’s hand at Buffalo General Medical Center. He made his way through his final years with a good attitude despite his weakening condition, said his daughter.

Mr. Goodman was a frugal entrepreneur who started his career in advertising before joining his brother in the hospitality industry. They bought into the old Park Lane restaurant in the early 1970s during the storied tenure of restaurateur Peter Gust Economou.

“My uncle had interned at the Park Lane in the late '40s. He was the culinary end of the partnership with my father, pairing up with Peter Gust in front of the house,” said Barbara Goodman. “From him my uncle learned how to run a restaurant. My father ran the business end.”

The life of Mr. Goodman – known as ‘St. Seymour’ among the many friends he outlived – gave rise to countless stories, some his daughter shared to illustrate her father’s unique character.

When fire gutted the former Park Lane restaurant in October 1971, the Goodman brothers were forced to destroy much of the wine stored in a cellar there. Unbeknownst to many there was a second wine cellar, however, which the brothers emptied and shared.

“He liked inexpensive red wine, but in our basement on Shoshone, my father had a treasure of rare vintage wine. It cemented his choice for a winter drink,” said Barbara Goodman. “He drank gin and tonic in summer, but only if it was stirred with his finger. He said the finger gave it its taste.”

The wine wasn’t the only "valuable" saved from the iconic restaurant. The Buddha who "witnessed" their nuptials graced the living room of the Goodman's Park Lane condominium for four decades, according to his daughter.

“During their heydays in the ‘60s and ‘70s, they were fairly well known,” said Barbara Goodman. “They celebrated their success by going to New York City, buying new suits and staying in Las Vegas for a boys’ weekend.”

The brothers diversified and bought into the breakfast business. Together they purchased the first local franchise for Uncle John’s Pancake House on Sheridan Drive, and opened six others in the Buffalo area, Rochester and the Finger Lakes area, Barbara Goodman said.

“It was a pretty successful business,” said Barbara Goodman. “But it was my father who always came through in a pinch. He would schlep around 50-pound bags of flour or a flat of eggs if they ran low.”

If Mr. Goodman was the sunshine, then his wife was the rock of the marriage, recalled their daughter. The Goodmans traveled to the Caribbean, Great Britain, Italy, Israel and India.

Mr. Goodman's endless streak of good humor showed in many ways, his daughter said: Hidden in a sock drawer was a photograph of him posing with the ‘50s bombshell Jayne Mansfield. As a longtime docent for the Buffalo Zoo, Mr. Goodman often visited schools with a small cadre of animals. On those days, he would jokingly tell people that he was spending the day with Laverne and Shirley. He didn't tell them Laverne and Shirley were marmots.

Mr. Goodman was a member of the Masons and the International Food Service Executives Association. He also belonged to Temple Beth El, originally on Richmond Avenue. Mr. Goodman was a lifelong fan of the Buffalo Bills and Buffalo Sabres.

In addition to his brother and his daughter, Mr. Goodman is survived by one son, Neil M.; one niece; and four grandchildren.

A memorial service for Mr. and Mrs. Goodman will be held in the spring.