To see what the future may hold, you must sometimes look to the past for guidance. An excellent case in point is Lake Erie’s spectacular walleye fishery. We know the fishing was better than good in 2019. It was great.

“I was a little surprised to see the 2019 catch rate down slightly from 2018,” said Dr. Jason Robinson, Lake Erie Unit Leader for the state’s Department of Environmental Conservation (DEC). “The 2018 catch per angler hour was .74 walleye per hour. The 2019 rate was .68 fish per hour, which is still very close.”

Last year, walleye anglers harvest 175,000 fish. We did see an increase in angler effort chasing walleye as lake census takers accounted for 404,000 angler hours. The last time we saw numbers that high was 2001. However, the previous high harvest was 129,000 walleyes in 1989. That year there were 900,000 hours of angler effort toward walleye. It’s incredible how strong the walleye fishery is, with no signs of slowing down.

“Walleye accounted for 74 percent of the total fishing effort on the lake,” said Robinson. “We’ve never seen recruitment of walleyes as consistent as it’s been the last few years. Fishing should be well above average for several years to come.”

The bottom line for Lake Erie walleye is that anglers should expect another banner year. “People should get out there and enjoy it,” insisted Robinson.

For more on this “good news” report (an abbreviated version of the State of Lake Erie), there will be a presentation at the Greater Niagara Fishing and Outdoor Expo on Friday, Jan. 17 at 7 p.m. Check out www.niagarafishingexpo.com for details. 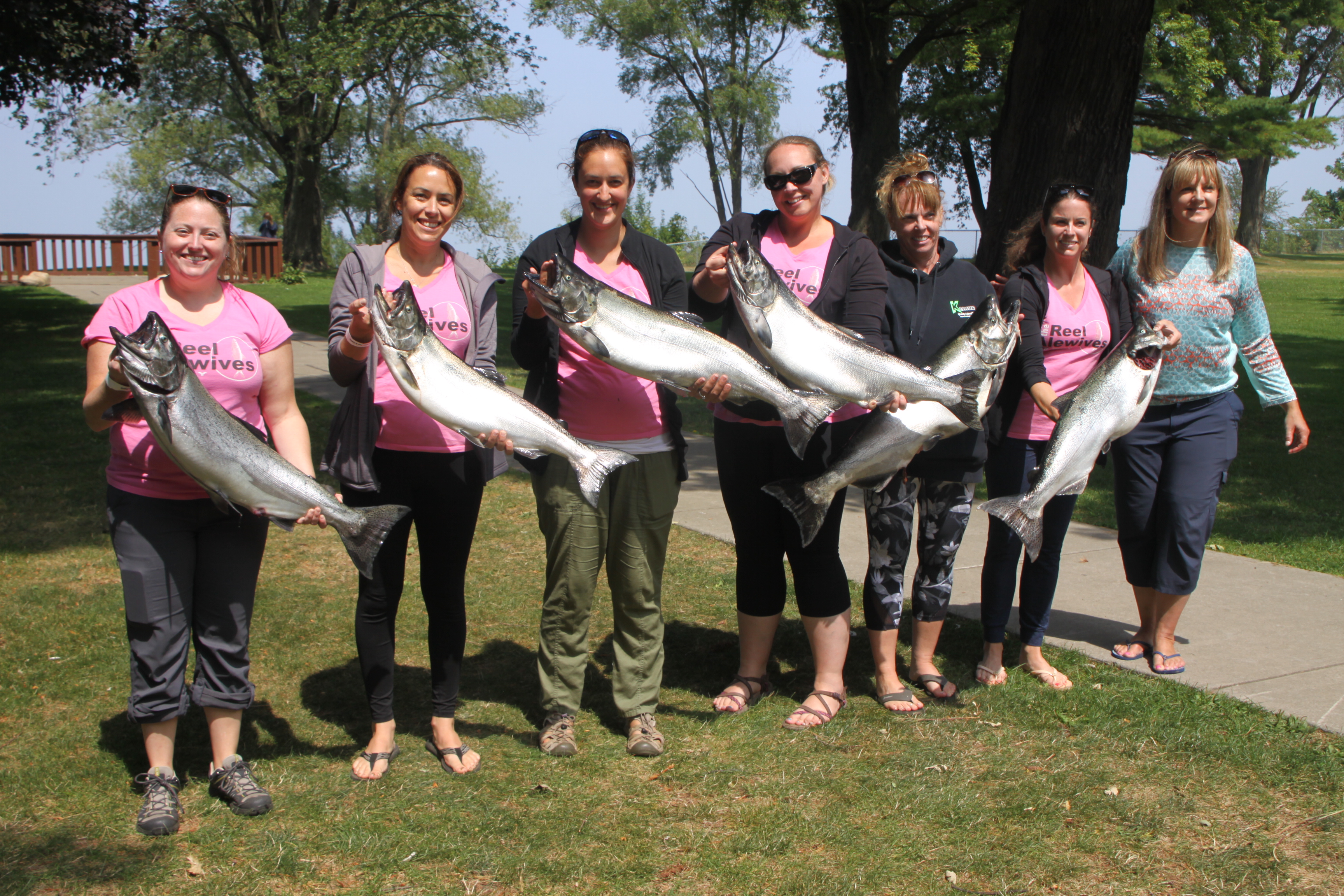 Salmon fishing in Lake Ontario enjoyed another outstanding season despite the high water levels. Reelin' for a Cure, raising funds for a cancer-related program and getting more women out fishing, saw a huge increase in participation in 2019. (Bill Hilts, Jr./Buffalo News)

Record-high water levels in 2019 didn’t slow the fishing action at all as we move into the next decade. While the salmon catch rate didn’t eclipse the record catch in 2018, it was higher than 2017 when it established a new record mark at the time. Fishing for salmon has been great in this lake from April through September, if the weather cooperates. One area we need some help with deals with staging kings off the river and creek mouths, as well as having consistent runs up those same rivers and streams.

With concern over the forage base in the lake, fish managers are planning on reducing lake trout and salmon stockings by 20 percent in 2020, but that’s not always a bad thing. Allowing the forage base to replenish itself for long term benefits is a good thing to maintain this trophy fishery. One consideration that’s not often recognized is that there is a significant amount of natural reproduction for salmon in the lake. The last study that was performed on this showed that natural reproduction accounted for nearly half of all the salmon in the lake. It could be higher now, and a new tagging study will be underway for salmon in 2020 to analyze this.

Adding to the cause, pen rearing projects for salmon can be found all along the Lake Ontario shoreline. These projects help with survival rates and could also help imprint these fish to the areas they are stocked. Past studies have shown that salmon reared in pens will survive better than 2 to 1 to direct stock salmon. Like 2019, the 2020 pens in Niagara and Orleans County will hold every salmon for this part of the lake. There is one exception: a tank project designed to hold the fish longer, something that could also improve survival rates in the Niagara River.

Speaking of Lake Ontario, water levels in the lake will continue to be a huge issue. The Army Corps of Engineers has already forecast higher levels in 2020, as much as a foot and a half higher. The Lake Ontario Resiliency and Economic Development Initiative (REDI) will begin to make a difference by altering the infrastructure for the lake one project at a time. However, if we see another record water level for the lake, there will be much more damage to deal with in the way of businesses and private homeowners who continue to fight every storm, one wave at a time.

One important consideration is that a State of Emergency on Lake Ontario due to high water has no direct correlation to the quality of the fishing. We need to all be on the same page when it comes to promotion of this resource. Some of the best salmon fishing that this lake has ever seen has been in the last 3 years when record-high water levels were recorded.

Look for some new fishing regulations to go into effect April 1 for the Great Lakes, rules that will reduce the creel limit for some species in the lake and the streams. Lake trout season could also be expanded, but there’s always a caveat because the Federal government runs that program in the Great Lakes. While it’s not finalized, better than three-quarters of all comments were in support of the changes.

If you are a boater that utilizes a motorized vessel, get ready to take a boater safety training class. As of Jan. 1, 2020, Brianna’s Law, a new law that requires all boaters to take a boating safety class, will go into effect. For phase 1, all boat operators born on or after Jan. 1, 1993 must complete a safety course to operate a motorized vessel starting in 2020. Everyone must be phased in within 5 years.

On the big game hunting front, new laws were enacted that will help protect the state even more from Chronic Wasting Disease. One is the adoption of new deer and moose feeding regulations. The other is a law that prohibits hunters from bring whole deer, elk, moose or caribou into the state from other areas. Pennsylvania is dealing with some serious CWD issues and we must do everything we can to keep that terrible disease out of New York.

Here's wishing you and yours a very Happy New Year in 2020 and beyond.