The first trailer for "A Quiet Place Part II" was released today, and Western New York plays a big role in the film.

A teaser trailer was released Dec. 18, which hinted the sequel picks up the timeline directly where the first movie left off, with the Abbott family living in a world overrun by alien creatures. Both films were directed by John Krasinski.

Nearly the first minute of the new trailer shows actress Emily Blunt frantically driving a car down Main Street in the Village of Akron to escape an alien. (See if you can catch the signs for Tony's Pizza, Murray's Bar and other Akron businesses.)

Then, Blunt and her children are shown leaving their home, walking through abandoned industrial buildings, and meeting actor Cillian Murphy, a new character.

There is a quick shot of the Grand Island bridges 2 minutes in, which were shut down last summer to accommodate the filming.

In the last 30 seconds of the trailer, the Abbotts meet a new community of people in cottages that appear to be in Olcott. 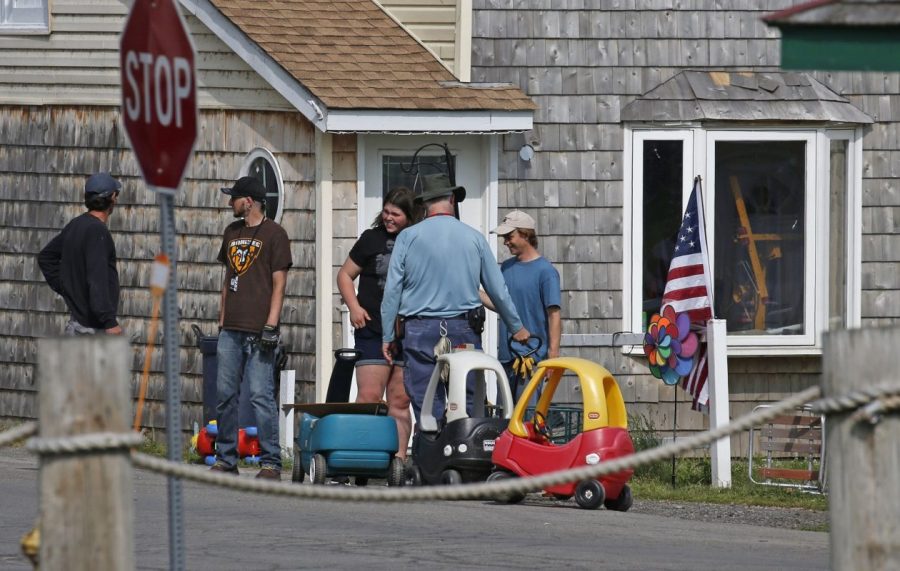 A film crew in Olcott readies Ontario Street for shooting of scenes for "A Quiet Place Part II" on July 9, 2019/ (Robert Kirkham/Buffalo News)

Some say "A Quiet Place Part II" could be the biggest movie ever shot in Buffalo. Filming took place across Western New York last summer.

[Related: Could 'A Quiet Place 2' surpass 'The Natural' in Buffalo film history?]

Watch the trailer below: