Over the next several months, friends and family members will take the witness stand in a downtown courtroom to talk about loved ones who struggled with addiction and paid the ultimate price.

They also will point a finger at Dr. Eugene M. Gosy, of Clarence, and suggest the pain specialist ignored red flags warning him of his patients' abuse, according to prosecutors.

Instead, the government will argue, he fed their addictions and his negligence resulted in six deaths.

The trial, expected to last at least four months, is the culmination of a high-profile prosecution against a local doctor, who until his arrest, operated one of the largest pain management practices in the state.

"Dr. Gosy was the solution, not the problem," said defense lawyer Joel L. Daniels. "If you followed his treatment, he helped you have a better life."

In a statement released after the indictment, Gosy offered a hint at what his defense might be.

"All medical care has risks, especially when a patient does not follow physician instructions," he said at the time. "Every patient death is a tragedy."

Prosecutors will counter by pointing to Gosy's Amherst practice, which includes nurse practitioners and physician assistants, and claim that he consistently ranked among the highest prescribers of opiates in the state, even exceeding most hospitals.

They also will offer evidence of his travel overseas and a lifestyle they characterized as extravagant.

"It demonstrates the defendant's motivation to maintain a high-volume practice that operated outside the bounds of the usual course of professional practice and contrary to legitimate medical purposes," they said in court papers.

Charged in a 166-count indictment, Gosy now faces about half those charges. Prosecutors dropped dozens of felony counts in an effort to pare down its case in preparation for trial.

The charges that remain include the felony counts related to the deaths of Gosy's patients and the allegation that, over a 10-year period, he prescribed fentanyl, oxycodone, morphine and other pain medications to patients who were abusing those drugs. 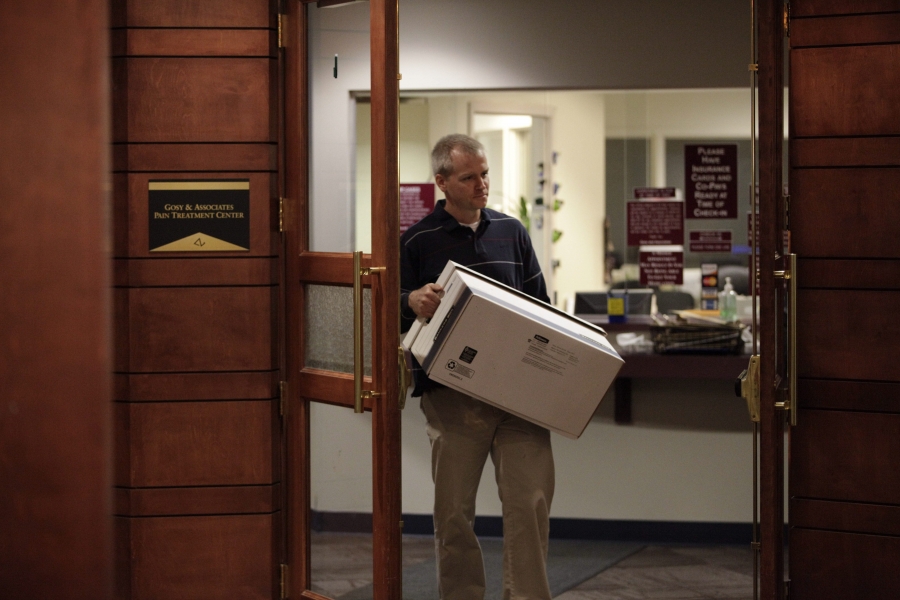 The widow of one of those patients, a man identified in court papers as V.S., is listed as a likely witness, one of more than 200 named in a recent pretrial brief to the court.

"She will state that V.S. abused prescriptions and was recommended to attend the defendant's practice because of his reputation for giving patients anything they wanted," prosecutors said.

In their list of possible witnesses, they also included a number of former patients who would testify about Gosy turning a blind eye to his patients' addictions, they said.

One of those patients said he went to Gosy after several failed urine tests and, eager for treatment, asked him for a referral, according to prosecutors. They said Gosy refused.

The trial also will include testimony that Gosy's practice relied on the "batch" signing of prescriptions, a practice that allowed him to sign unused prescription scripts.

The government also plans to call toxicologists and medical examiners as witnesses and is fighting the defense's efforts to stop the testimony of a doctor linking the six deaths to the prescriptions issued by Gosy.

How high the cost for killing pain? Rise in addiction, deaths from prescription drugs is raising concerns locally and nationally

Gosy's defense team – Herbert L. Greenman and Eric M. Soehnlein are also representing him – is expected to suggest that his patients' drug abuse cannot be blamed on the doctor who was trying to help them.

"He had a very large practice, one of the biggest, because of doctors referring patients to him," Daniels said.

Gosy, according to Daniels, treated tens of thousands of patients over the years and, yet, the percentage of deaths and fatal overdoses tied to his practice is well below the national average.

He also thinks prosecutors will have trouble holding Gosy responsible for his patients' personal drug abuse and, in court papers, indicated he also may call some of Gosy's patients and other doctors as witnesses.

"We believe every prescription issued by him or his office was done for legitimate medical purposes," he said. 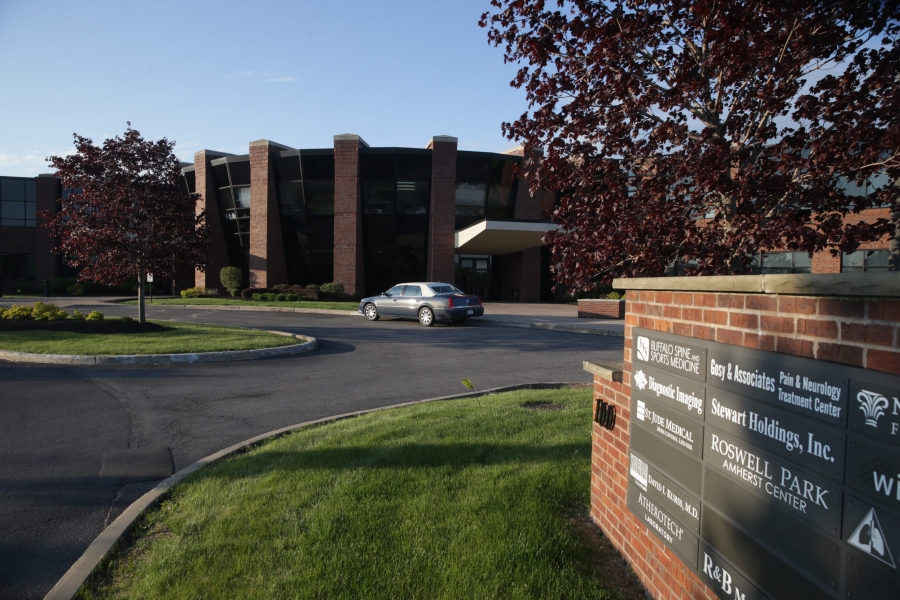 Dr. Eugene Gosy's pain management office in Amherst, shown here in 2016, was once one of the largest in the state. (John Hickey/News file photo)

Investigated by the FBI, Gosy's case began as a health care fraud investigation and is rooted in his reputation as one of the highest prescribers of opiates in the state. He is charged with defrauding the state workers' compensation system and other health insurance funds by submitting patient claims for office visits when he was actually outside the Buffalo area.

Jury selection in the trial is expected to begin Jan. 7 and last several days, in part because of the length of the trial and the time commitment required of jurors.

In mid-December, during a pretrial conference, Chief U.S. District Judge Frank P. Geraci Jr. asked Gosy's lawyers about a plea deal. When they seemed reluctant to answer, he reminded them of the trial's duration.

"I want to know if we're going to be here five, six, eight months, a year," he said.

The trial would be one of the longest federal court trials in recent memory.

Gosy, during a later court appearance, confirmed he was offered a plea agreement and turned it down. If convicted of all the charges against him, he could face a maximum sentence of life in prison.