A recent CityLab story suggested we here in Western New York might become a “climate refugee-friendly destination,” delivering a line that somehow encapsulates the Buffalo experience: “With climate change, the world is going to suck, but Buffalo may suck less.” The business of “sucking less” over the last year involved an expanding arts and culture scene that provided a welcome distraction from the social and political strife that seemed to have become our national birthright.

Except when it didn’t.

Though many stories spoke in bright and lofty terms of our collective future – including plans for a radically expanded Albright-Knox Art Gallery to reopen after a two-year closing – a few storylines hinted at a persisting “ugly underneath” more in keeping with where the country stands as a whole.

In Amherst, an Israeli Jew who had run a successful restaurant for 16 years was deluged with racist rhetoric to the point where he took to social media to say he had finally had enough. In Buffalo, a successful “operator of a food truck empire and two brick-and-mortar restaurants,” our story read, “found itself caught in the middle of a political firestorm.”

These stories made it clear that we’ve still got plenty of work to do as a community if we want to continue to live up to our billing as the “City of Good Neighbors.” Here are some of those stories that proved to be both among the most popular and indicative of the community zeitgeist in 2019:

In November, the Albright-Knox broke ground on a two-year expansion project that will result in, among other new features, the unveiling of “Common Sky,” a massive sculpture that will hover above a new public gathering space when the museum reopens in 2021.

In the meantime, the Albright-Knox will host off-site programming in a 15,000-square-foot space on Northland Avenue beginning in early 2020. Sorry, you won’t be able to spend face time with your favorite abstract expressionist, impressionist and surrealist paintings and sculptures from the museum’s collection here, but you will be able to scope out “installations and exhibitions that are not dependent on museum-level climate control.”

"We're really excited to be a part of this neighborhood," Albright-Knox Board President Alice Jacobs said in April. "It's a critical effort in the economic renaissance of Buffalo, the development of this Northland corridor, and it really speaks to our strategic plan of wanting to engage other areas of the community."

The food truck empire operators, who also run two restaurants, apologized for sending a food truck to a federal detention center in Batavia that holds undocumented immigrants pending hearings. The apology brought a torrent of social media rhetoric down upon Lloyd Taco, some of which was racist. Lloyd’s proprietors then issued an apology for the apology.

Lloyd's apology was wrong, but it was right to stick up for immigrants

What do actor/writer/director John Krasinski’s “A Quiet Place 2,” Oscar-winning director Guillermo del Toro’s “Nightmare Alley” – starring no less a personage than Bradley Cooper – and Buffalo expat actor/writer/director William Fichtner’s “Cold Brook” have in common? All have either already been filmed in and around Buffalo, or have made firm their plans to do so in 2020.

“I do feel that (Krasinski’s ‘A Quiet Place 2’) will be the most impacting film ever to be shot here,” Tim Clark, film commissioner for the Buffalo Niagara Film Office, said in August. "(The filming is) not just city-centric or directly in Buffalo or Niagara Falls. It’s really spread out through the Western New York region. That’s nice, because they are spending money … and having a good economic impact in these communities.”

JoAnn Falletta – the first female conductor to lead a major American orchestra – is celebrating her 20th anniversary as Buffalo Philharmonic Orchestra music director. As she does, the orchestra is a stronger force, both locally and nationally, than ever before.

“There’s always been a feeling in Buffalo, that it’s not just OK to take chances, but that to a certain extent, it’s expected,” Falletta said in September. “Doing new things. Making a difference in the music world.

“I’ve had that as a kind of ammunition – that we had, already, an audience that was a little more open-minded.” 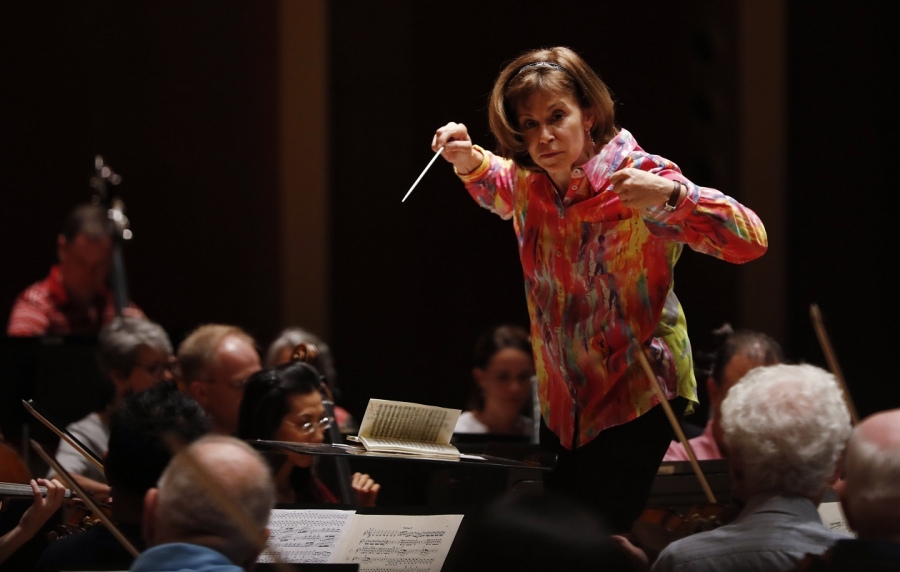 JoAnn Falletta has helped make the Buffalo Philharmonic Orchestra a stronger force, both locally and nationally, than ever before. (Sharon Cantillon/Buffalo News)

A tradition that endured in excess of 30 years ended not with a bang, but a barely acknowledged whimper. The weekly Thursday night concert series – which started in Lafayette Square in 1988 and has, since 2013, made its home at Canalside – made the move this year to book acts based on a combination of availability and desirability. As a result, concerts were no longer limited to Thursdays, nor were they necessarily weekly events.

Town of Tonawanda native Jeff Glor became anchor of the perpetually-in-third-place “CBS Evening News” in 2017, saying at the time he felt it commonly understood that building the newscast’s rating would take time. Eighteen months later, he was out of the job.

The final broadcast for Glor, a graduate of Kenmore East High School, concluded with what some called a “silent shoutout” to his local roots.  After the credits rolled, a video displaying an overhead view of downtown Buffalo was played.

“With a direct focus on Buffalo’s past and its cultural diversity, the museum is that rare family twofer: a gloriously good time that is robustly educational,” wrote News contributing writer Christopher Schobert upon the museum’s opening.

The Black Rock section of Buffalo has experienced a genuine renaissance. This year found the once largely decrepit industrial area around Chandler Street benefiting from a $50 million investment made by developer Rocco Termini that has so far resulted in a host of new restaurants, startup businesses, tech companies and breweries opening their doors.

Along with the bountiful public art adorning refurbished buildings, there has been a rebirth of the area as an exciting and aesthetically pleasing cultural destination.

Just around the corner on Amherst Street, Sportsmen's Tavern proprietor Dwane Hall and his family made a million-dollar investment, turning the former parking lot adjacent to the tavern into the event-friendly outdoor performance Sportsmen's Park.

Simultaneously, the Halls purchased the nearby Imagine Event Center – directly behind the Sportsmen's Tavern on Military Road – and rechristened it the Cave, a music club the family plans on adding a full-service kitchen to in the coming months. 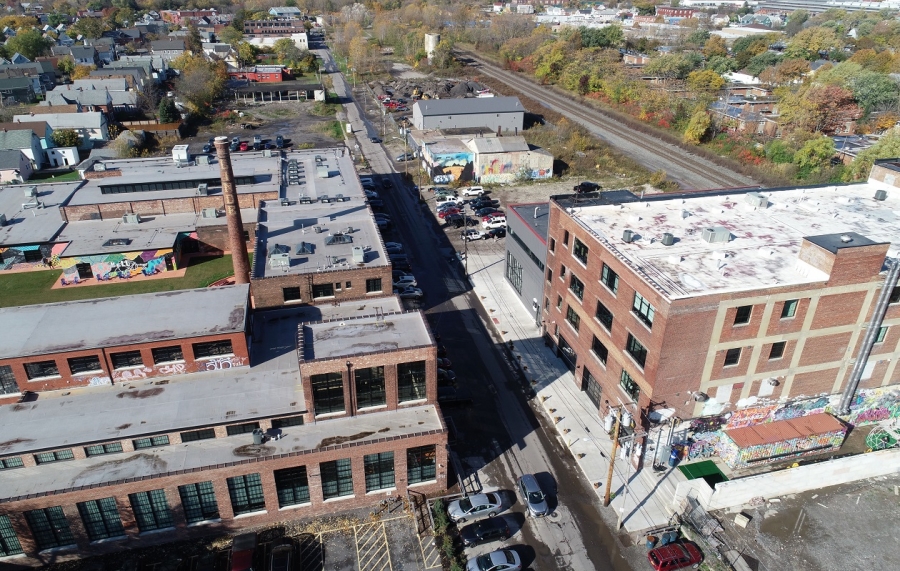 Chandler Street, as seen from above. (Derek Gee/Buffalo News)

Falafel Bar owner: 'We choose to raise our voices against bigotry'

An established Amherst business responded to years of racial abuse by demanding more from its patrons.

Falafel Bar proprietor Oded Rauvenpoor took to Facebook, detailing bigotry directed at his staff and business, and writing, “Being an immigrant is not shameful. Speaking multiple languages is not shameful. Practicing the religion of your choosing is not shameful. We choose to raise our voices against bigotry.”

A beloved pizzeria and a long-serving, nigh-on-legendary Italian restaurant both extended their reach in 2019.

Bocce Club – believed by many to have the best pizza in Buffalo – signed the lease on a new storefront at 235 Delaware Ave., which it plans to open in early 2020. Bocce will continue to run its current locations, at 4174 Bailey Ave. and at 1614 Hopkins Road in East Amherst.

Chef’s Restaurant – “Home of the world-famous spaghetti Parmesan,” as its website proudly proclaims – opened on the corner of Seneca and Chicago streets in 1923. Nearly a century later, Chef’s On the Go opened in the Williamsville Place Plaza, 5483 Sheridan Drive in Amherst, with an emphasis on to-go orders and casual in-house dining.