With millions of visits from children teetering between whining about the cold and taking it all in, mouths agape, the Festival of Lights was an essential part of Western New York Christmases in the '80s.

Niagara Falls, NY first flipped the switch on “A Festival of Lights” in 1981. The lights twinkled in Niagara Falls, Ont., in 1983.

The Urban Renewal project that transformed the downtown area close to the Falls into the Rainbow Center—with the Rainbow Mall, the Wintergarden, and the Niagara Falls Convention Center—was conceived in part to create attractions for the “off-season” and to bring people to the Falls even when it was cold. 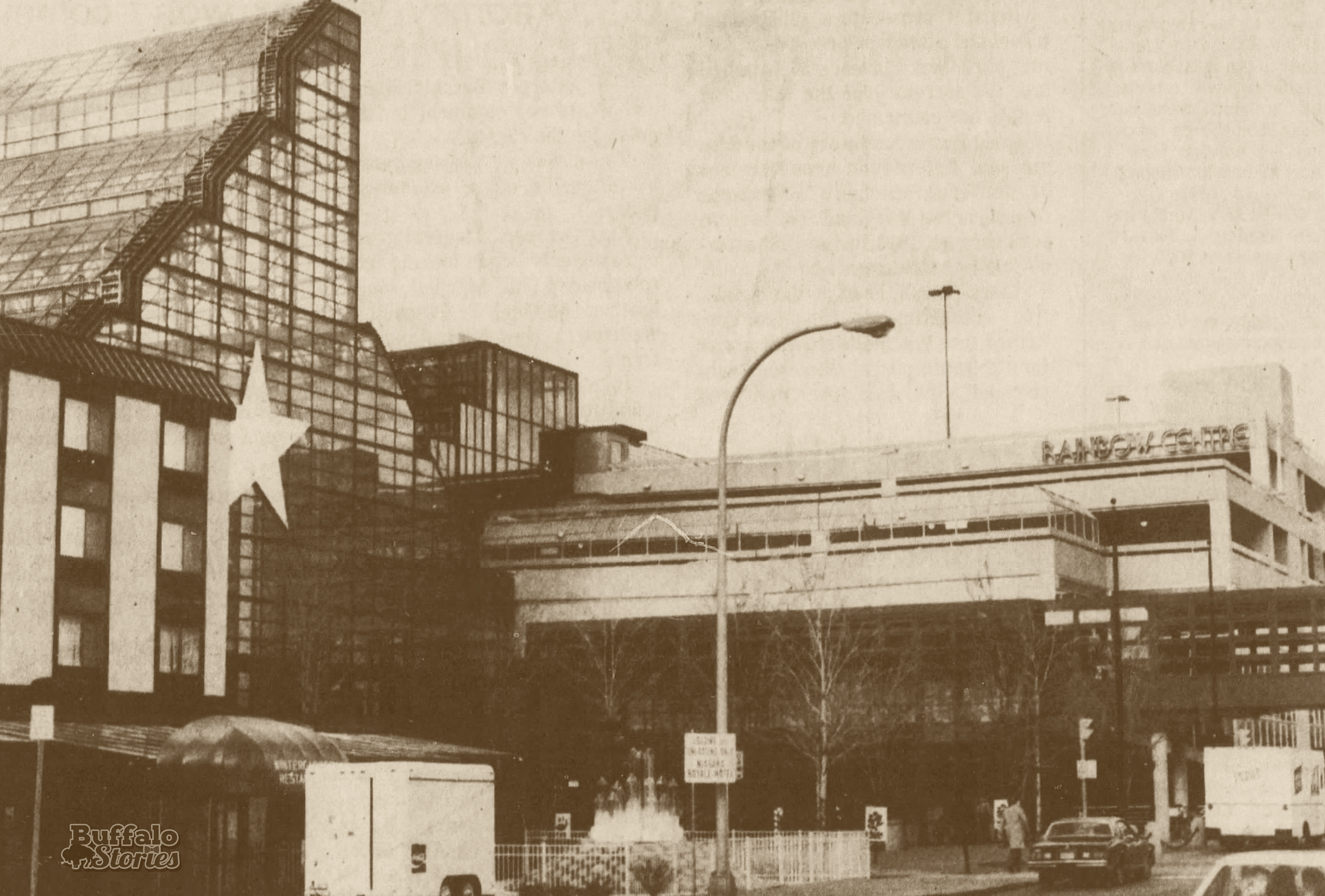 By the time the buildings were complete, it wasn't just the cold that was hurting Niagara Falls. Americans' impressions of Niagara Falls took a major hit with years' worth of reporting on the city's Love Canal environmental disaster. The festival helped. After pumping $5 million into Niagara Falls’ economy that first year, the event grew quickly.

More than 1,800 buses came to the Falls during the winter of 1984 from across the northeast and Midwest specifically to the festival celebrating the magic that a Western New York winter can bring.

By 1985, the festival had grown to 44 days with twice-a-night musical productions in the Rainbow Mall, Wintergarden, and Niagara Falls Convention Center. It was being written up in newspapers and magazines around the country, and attracted 800,000 visitors. 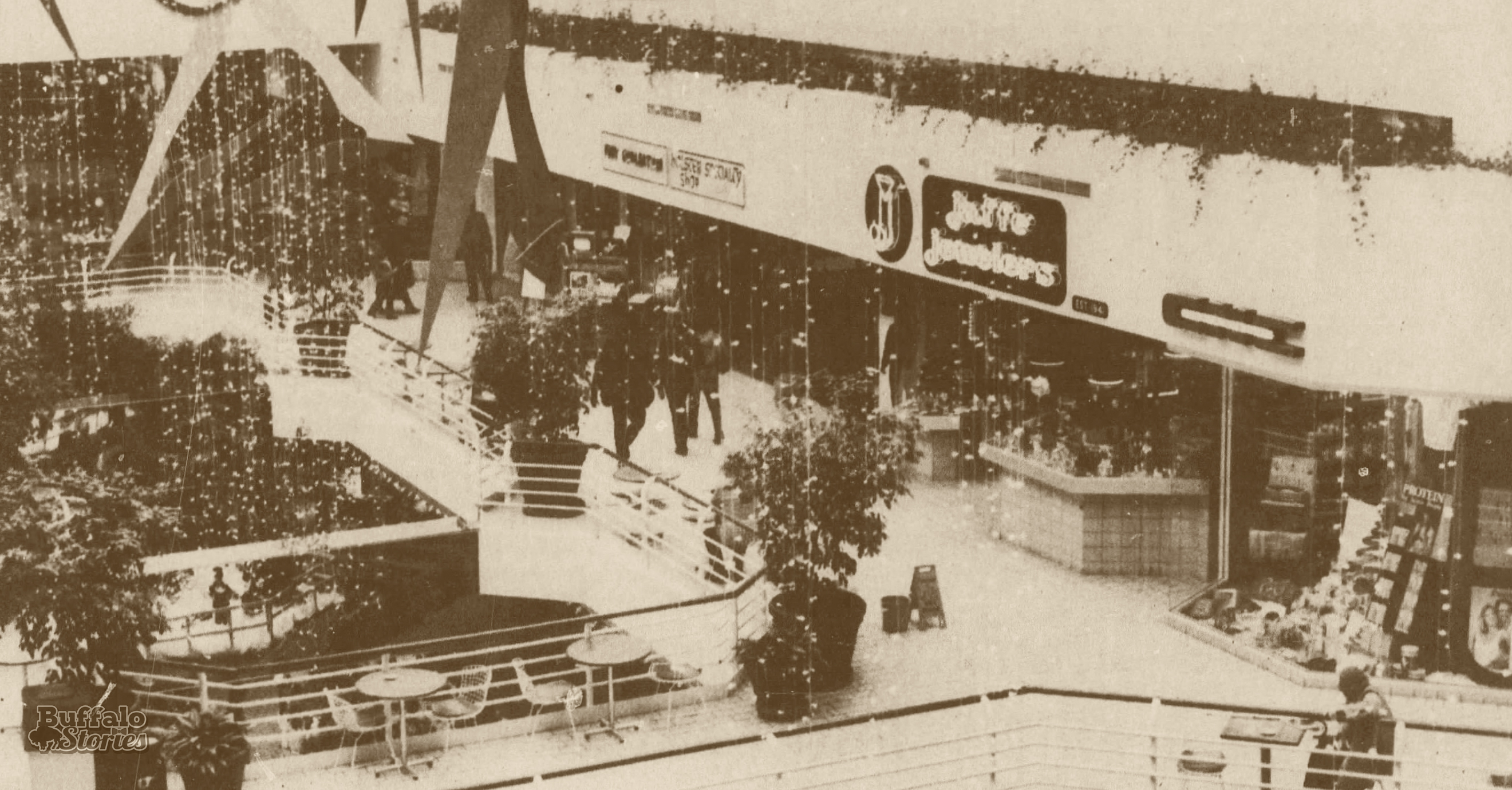 Inside the Rainbow Mall at Christmas.

Through the years, there were so many different things to see and do.

Ice skating was free at E. Dent Lackey Plaza. St. Peter’s Episcopal Church hosted a live Nativity scene on the days leading up to and right after Christmas. 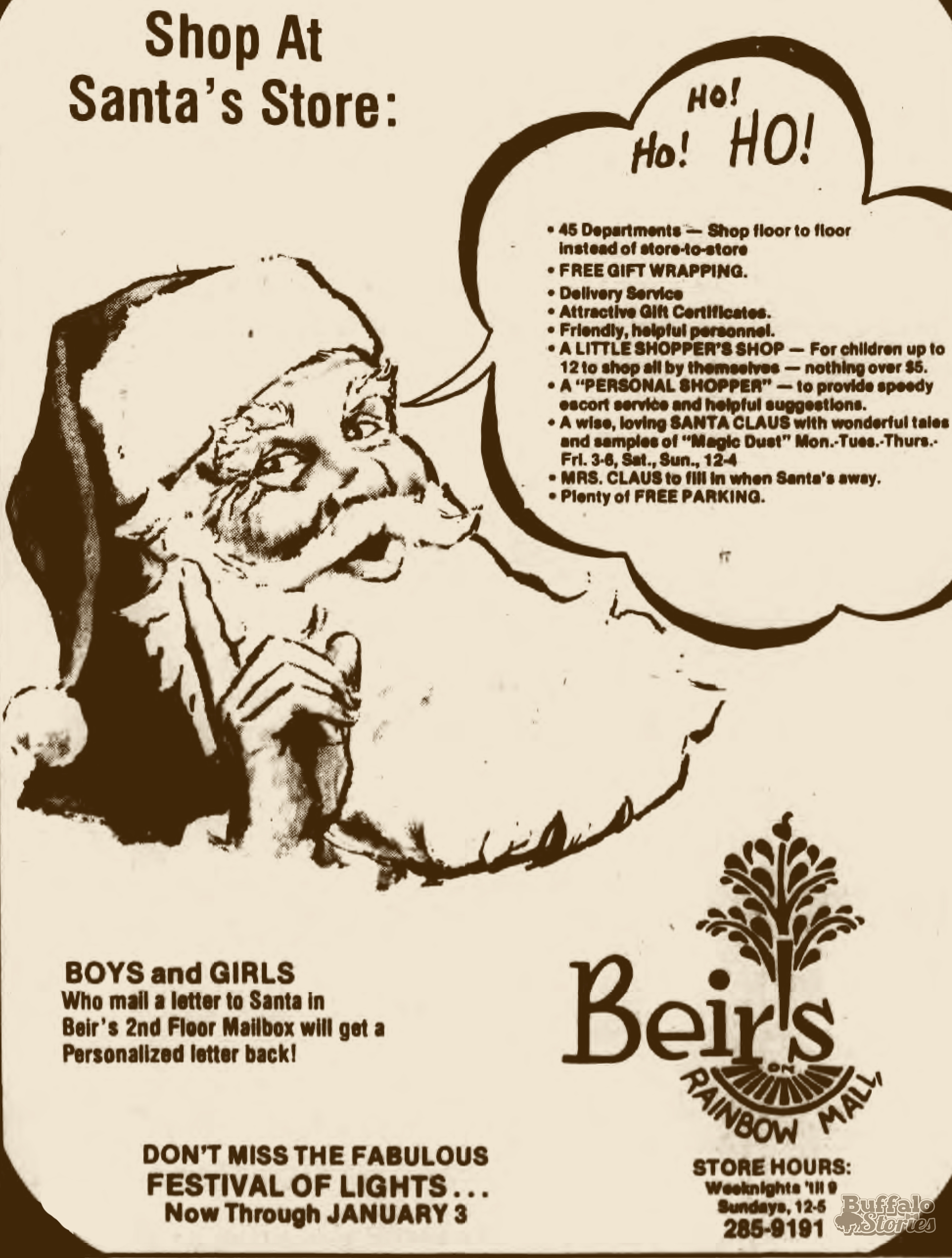 Santa was stationed at Beir's inside the Rainbow Mall.

Through much of the '80s, it was Walter Pearl who was the festival’s star attraction. He donned the Santa suit, taking a nightly horse-drawn sleigh to his spot manning the special double-wide chair at Beir Brothers department store inside the Rainbow Mall. He’d give each child who visited him three pinches of pixie dust to sprinkle on their front door step so the reindeer would know where to stop.

The great-grandfather said putting on the red suit “was like taking vitamins.”

The parade that took Santa around the Falls ended with a nightly 15-minute fireworks display.

And the lights? It was almost too much for kids to take in.

There was a walk-through gingerbread house, a 25-foot tall woman who lived in the shoe inside the Wintergarden, the giant mirrored globe on the convention center, the dancing snowflake fountain, and the 60-foot long Candyland light display on the pedestrian walkway. There was the ice castle, Smurf-like Rainbow people, and dozens of murals and three-dimensional light displays featuring Raggedy-Ann and Andy, Peter Pan, Mother Goose, and Santa.

Each tree and lamppost between the Falls and the Wintergarden twinkled with hundreds of thousands of lights. 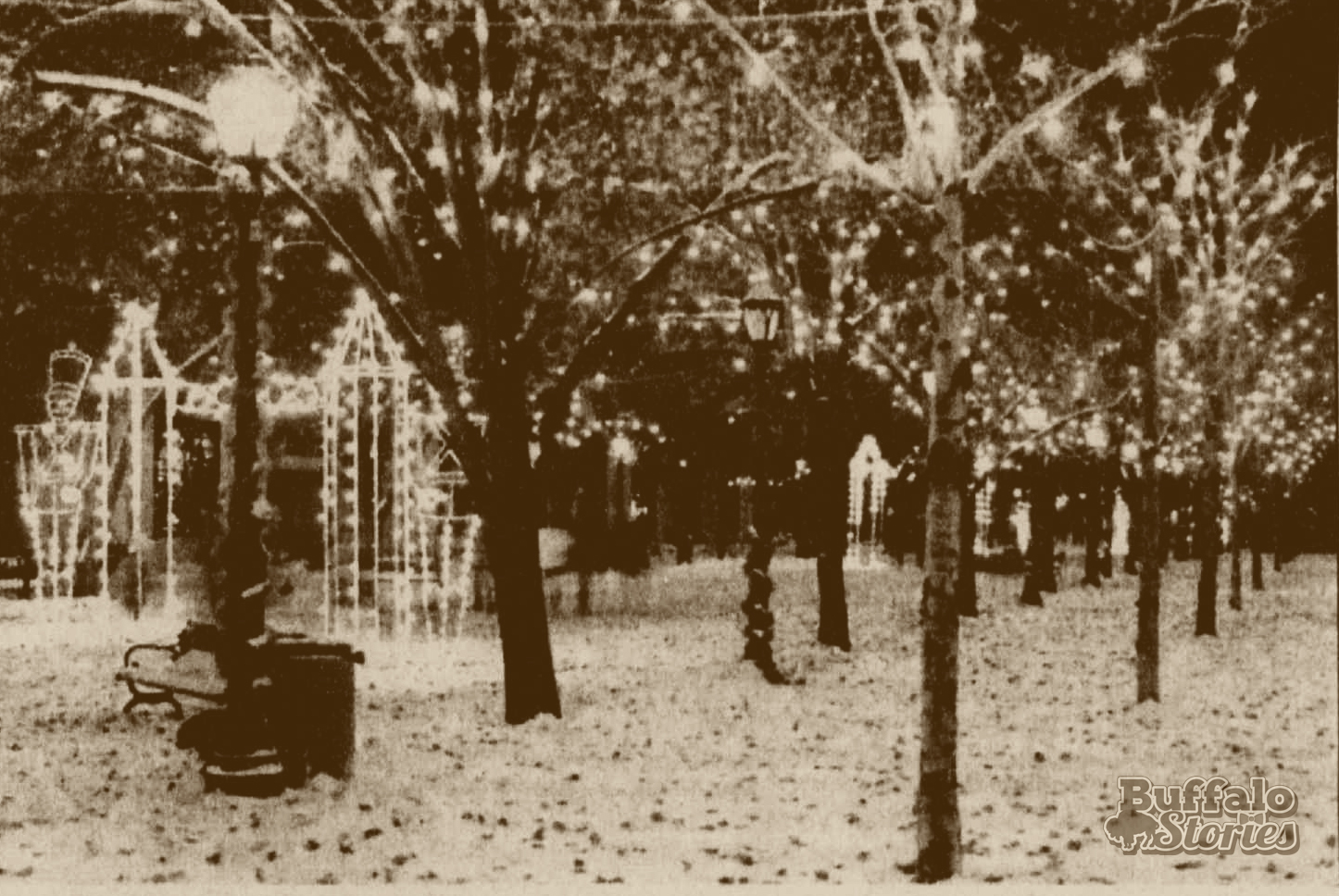 The “dazzling display of artistic sounds and images,” combining music and “the world’s largest computerized light synthesizer” was “a gift from Occidental Chemical Corporation to the people of Niagara Falls.”

After a chilly night of wandering outside, the three-story glass enclosed Wintergarden was filled with its usual warmth and displays of tropical plants, but also more than 1,000 poinsettias.

Through the 1990s, attendance dwindled and costs increased. Organizers pulled the plug on the lights after the December 2000 event.

For two years, the non-profit entity which ran the festival tried to sell the entire package—name, lights, everything—to anyone who’d take it, but there were no buyers.

In 2003, the displays that brought smiles to millions of cold, runny-nosed faces, went up for auction. A few months later, some of the pieces that didn’t sell in the in-person auction were sold on eBay to help pay back money owed to Niagara County.