In his column on Oct. 20, 1992, then-Buffalo News Editor Murray B. Light explained a recent addition to the newspaper:

A new column of interesting, offbeat items culled by members of The News staff during pursuit of their duties each week made its debut Sunday, Oct. 11. We hope to continue it as a standing feature on the left side of the Local News section page each Sunday.

Titled "Off Main Street," the column will contain bites of interesting information. Many will have more gossip value than any true intrinsic value. The mix should make for a "good read." Comments on the initial effort were most heartening.

Things changed over the years. The feature moved to Saturdays; it sometimes runs on the bottom of the page; and efforts to be "interesting" and a "good read" have been mixed, at best. But otherwise, Off Main Street endures as it was intended: a home for offbeat news items, compiled by The News' reporting staff.

Here are some of our favorites from 2019.

Call the fashion police, too

Robbery is no laughing matter.

Robbers, on the other hand, sometimes are. Take the guy who became the subject of Cheektowaga law enforcement attention this week.

According to police, a man robbed the 7-Eleven at 150 French Road, just north of the border of the towns of Cheektowaga and West Seneca, around 8 p.m. Thursday. 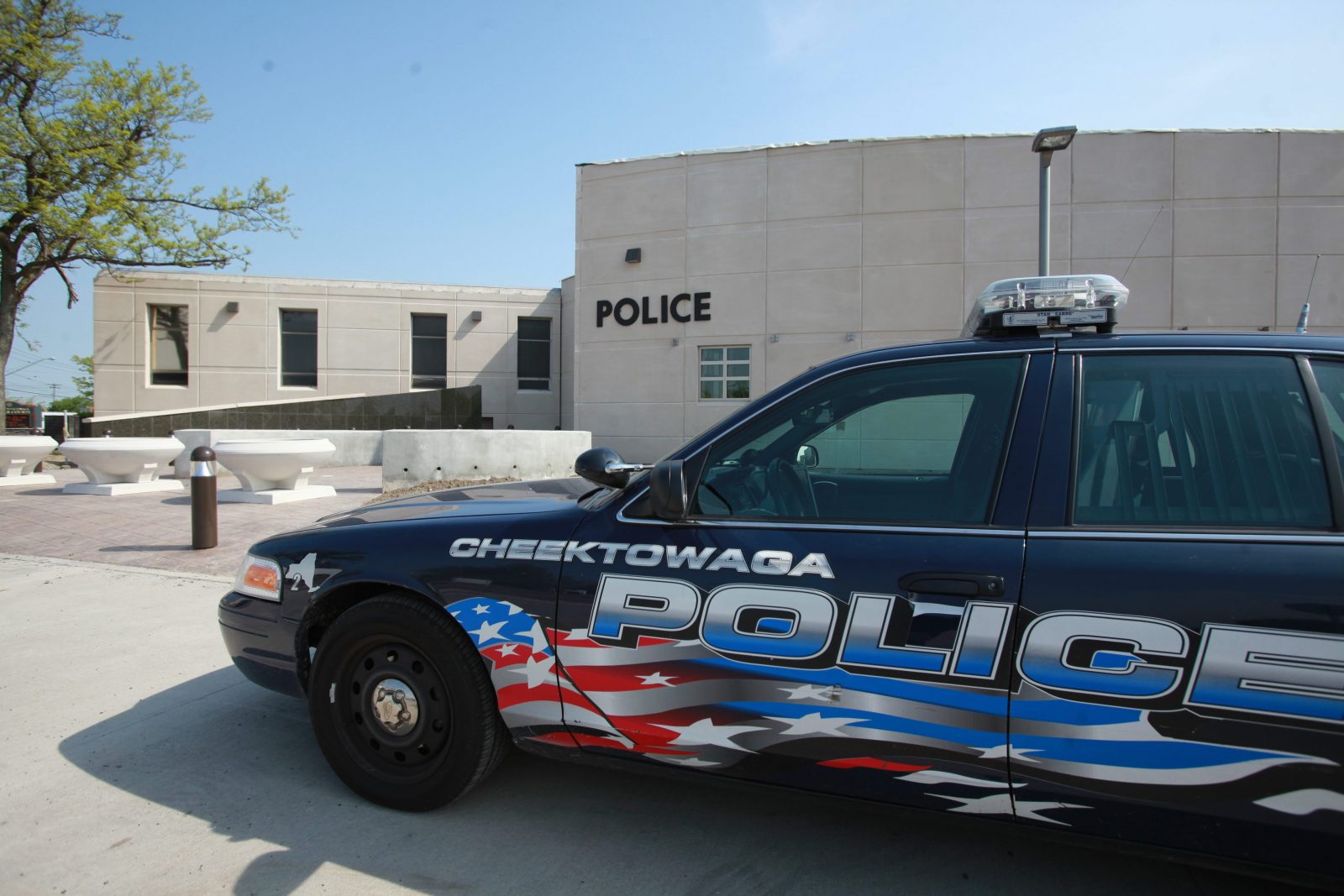 The man demanded money from the clerk, and although police said no weapon was displayed, he indicated to the clerk that he had a weapon or gun. Police said the suspect fled the store with approximately $500 and ran south across French Road toward the Garden Village Apartments.

But it’s not what he did while committing the crime that is noteworthy. It was his fashion choice.

He was described as wearing “a green pajama onesie outfit.”

Police asked for the public’s help in tracking the man down.

Clearly they are not the only people in this story who could use some help.

Reap what you snow

As a teenager in Wyoming County, Cody Lutz used to get so much snow at his home in Bliss that he could pile it high enough to snowboard from atop a shed in the yard.

At the time, he hardly imagined a snowman would one day provide him with a burst of national attention.

Yet that is happening this week at his Kentucky home when a mischief-minded driver chose the wrong snowman as the object of a prank.

Lutz, 26, moved to Petersburg, Ky. seven years ago. His fiancee, Lucy Sandifer, was visiting from Mississippi. She had never seen snow in any significant amount.

Inspired by a weekend snowfall of 6 inches, the couple made a snowman. They used a tree stump in the yard as a foundation, and their creation stood 9 feet tall. Their work brought many waves and beeps from passers-by.

It also apparently led to one wrong choice. Lutz returned home from work Monday to note that someone decided to drive across the lawn and plow the snowman into nothing.

The effort failed. The driver was not aware of the stump. While the vehicle was long gone when Lutz arrived, the snowman clearly won the decision. An amused Lutz posted a photo and told the tale on Facebook, and it quickly gathered steam. Next came a visit from a television reporter with the Fox affiliate in Cincinnati, and before long the tale was spreading across the nation.

“The Bible says you reap what you sow,” Lutz said, “and sometimes that can happen in funny ways.”

'Live, from Buffalo, it's Saturday Night!'

NBC couldn't have put together last weekend's "Saturday Night Live" without us. The show hit the best Buffalo beats: The Bills, Cellino & Barnes and a dumb accused criminal.

Actors portraying the "jingle-based attorneys," as they were introduced by an announcer, appeared as guest lawyers during a "Legal Shark Tank" sketch.

After New England Patriots owner Robert Kraft came on to ask for legal representation, the scene cut to the two Buffalo attorneys and their bouncy ad music, rewritten as, "Cellino & Barnes, happy to defend you, especially if the spa had asbestos."

Then, after "Empire" star Jussie Smollett came on, the jingle playing over our favorite attorneys was, "Cellino & Barnes, injury attorneys, and even we won’t touch this."

Buffalo was all over the "Weekend Update" segment, too.

Co-host Colin Jost took a shot at the Bills, who came up during last week's testimony by Michael Cohen, Donald Trump's former attorney. Cohen accused Trump of inflating his net worth by $4 billion while unsuccessfully trying to buy the team.

“"You lied to buy the Bills?" Jost said. "That’s like using a fake ID to get into a Nickelback concert.”

Buffalo wasn't mentioned by name in its final appearance on the show, but Jost was referring to a North Tonawanda man who was arrested in Newfane when he told this joke:

"And police in New York arrested a man who faked his own abduction and robbery to avoid paying the 50 grand he owed in a Super Bowl pool. Worse, the man had just lost his job on 'Empire.' "

With that, the show displayed a photo of Smollett and Buffalo's time in the spotlight was over. For now.

Local political operatives Chris Grant and Andrea Bozek have more in common than an affinity for Republican politics.

The married couple is expecting a baby.

It’s important to know this to understand why they decided to make a trip to Canada recently and had an exchange at the border with a customs official that should be appreciated by anyone who a) has been pregnant or b) has been in a relationship with someone who has been pregnant. 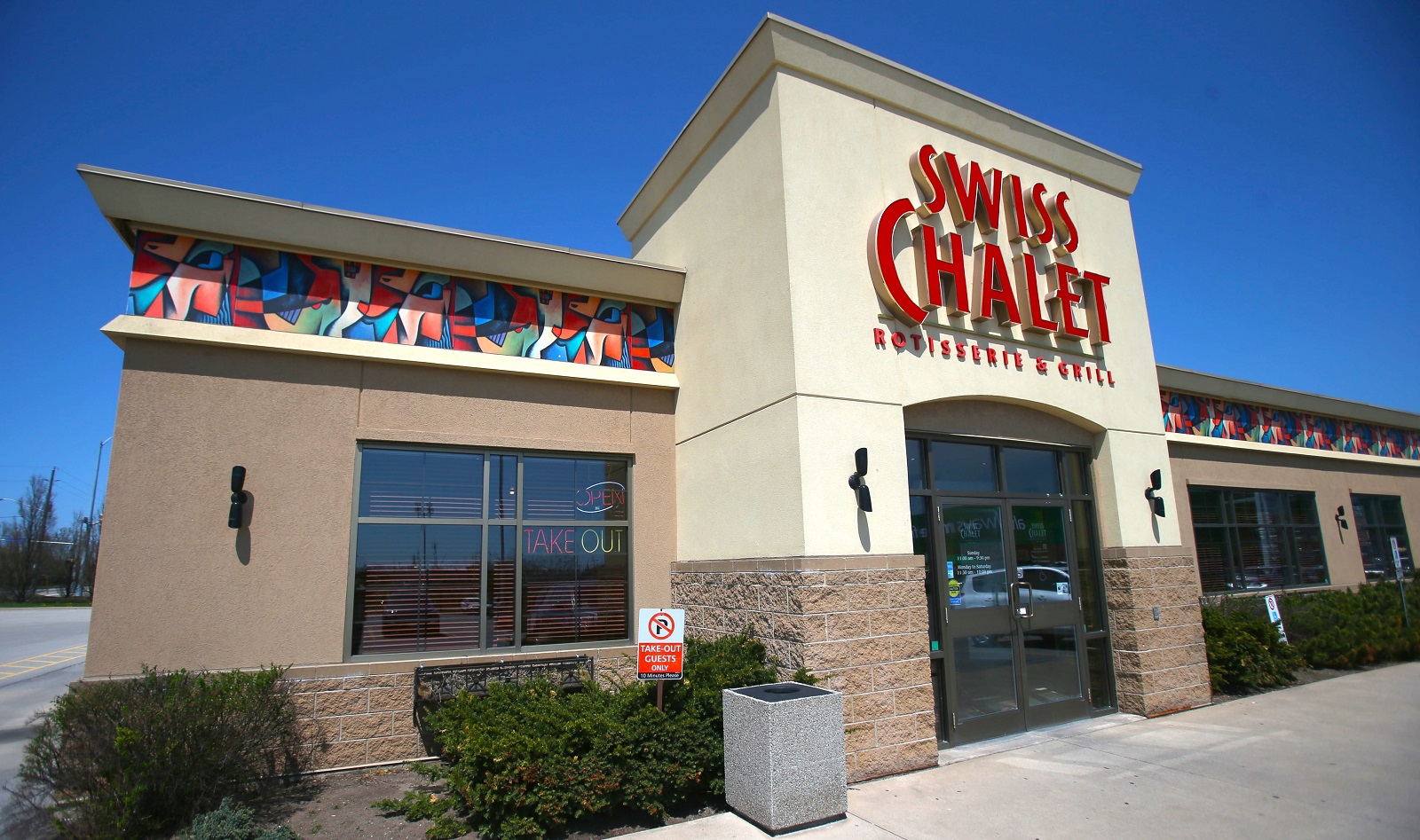 The nearest Swiss Chalet is across the border in Niagara Falls, Ont. (Robert Kirkham/News file photo)

Canadian Customs Officer: Where ya headed?

Me (Looks at Andrea Bozek): My wife is eight months pregnant.

Officer: Welcome to our country.

First, the ubiquitous radio and TV commercials, and the 888-8888 jingle. Then the nasty court case. Now, a stage play called “Cellino v. Barnes.”

That is the title of a two-man play written by Mike Breen, 30, a Buffalo-born comedian now working out of Los Angeles, and his comedic partner, David Rafailedes.

Breen describes the play as one “largely based on hearsay from family and friends,” which “follows the story of the celebrity injury attorneys’ very public breakup.” There were three Buffalo performances last November, and performances in Chicago, New York City and L.A. A June 20 performance is planned for Union Hall in Brooklyn. 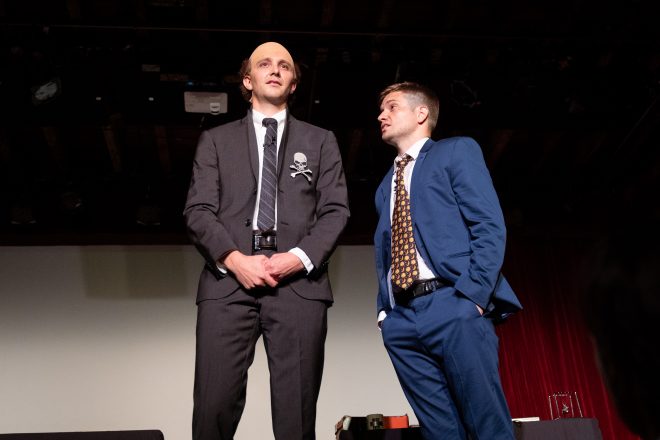 With megabucks at stake, Ross Cellino and Steve Barnes have been battling more than two years over Cellino’s desire to break away from the personal injury firm.

So far, neither Barnes nor Cellino has seen the play.

Cellino told The Buffalo News several relatives have seen it and found it “hilarious.” He plans to see it with his wife, Anna Marie, sometime over the summer.

“I have heard it is kind of funny,” Barnes said, calling the play a “testament to the national power” of the law firm’s brand.

Asked if he’ll ever catch a show, Barnes said, “Plays are not really my thing.”

The softer side of Cuomo

The end of the State Legislature’s session is bringing a lot of change to New York, in issues that range from vaccination exemptions and tenant rights to driver’s licenses for undocumented immigrants and changes in seat belt laws.

It also appears to be having an effect on the governor.

Gov. Andrew M. Cuomo knows how to turn a phrase when the cameras are rolling and the recorders are … recording. 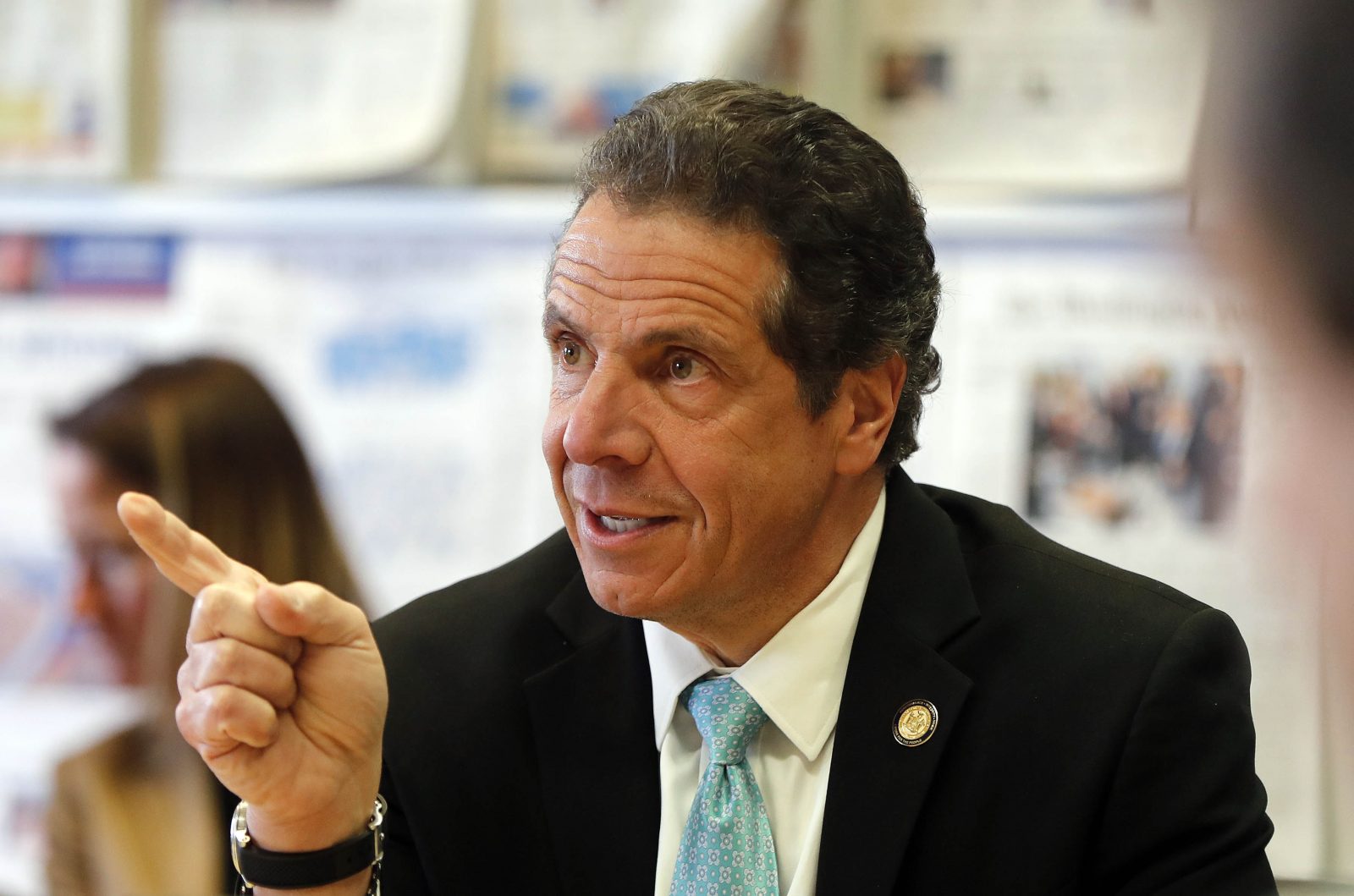 In the past few days, it appears he’s gotten in touch with a softer side.

During a radio appearance Friday he said: “Some would say I’m a cool dude, laid back, in a loose mood."

Then, when he was asked what he wanted done in the rest of session, he said: “I want love.”

These moments came a week after one of his daughters posted an Instagram story of her father relaxing on a couch.

There was no immediate response from his political opponents.

When a person is sentenced to weekends in jail, it’s no vacation.

Or at least we thought so until this week.

Justice Richard C. Kloch was admonishing a defendant before him who had missed one weekend of his sentence. The man’s lawyer initially blamed a case of shingles, but after conferring with the lawyers in the case, the judge made it clear there was a misunderstanding about the point of being in jail.

“You’re not supposed to take in candy. No pillow, no blanket,” Kloch told the man.

But the judge added that a book was OK.

Then again, if the Niagara County Jail makes the judge think of his vacations, he might want to consider a new travel agent.

A loss that still Smarties

Conor Flynn is not taking anything for granted, even though he is 91 votes ahead of incumbent Michael Sherry in the race for Orchard Park councilman.

Flynn is waiting for the final tally of the race, but he seems in awe that people he doesn’t know took the time to fill in the ballot for him.

“I’m really honored that anyone voted for me,” the 29-year-old lawyer said. He learned his lesson about counting chickens before they are hatched in his first election.

“The last race I ran, I lost, unfortunately, because the other candidate, on the day before the election, handed out candy to the rest of the eighth-grade class,” Flynn said. “So I lost my eighth-grade presidential election, and sort of gave up politics after that.”

Flynn, who negotiates contracts for clinical trials at the University at Buffalo’s Clinical Research Office, said that first loss still smarts. The candy his eighth-grade opponent handed out?

“Smarties, which was the worst thing about it. That’s not even good candy and worthwhile.”

Maybe it wouldn’t have been quite this bad had the Bills won last Sunday.

But when Buffalo viewers of the game show “Jeopardy!” saw this answer on the board this week, it poured some very old salt in an unhealable wound.

“In the dreams of this team’s fans, Scott Norwood pulls it back just a bit to the left in Super Bowl 25,” said a clue read by host Alex Trebek.

As any long-suffering fan knows, the question is “Who are the Buffalo Bills?” and refers to Norwood’s missed field goal against the New York Giants in 1991, the first of the team’s four straight Super Bowl defeats.

But give the Bills credit for having a sense of humor about the moment. On Twitter, the team responded with, “We’ll take ‘Too Soon’ for $1,000, Alex.”